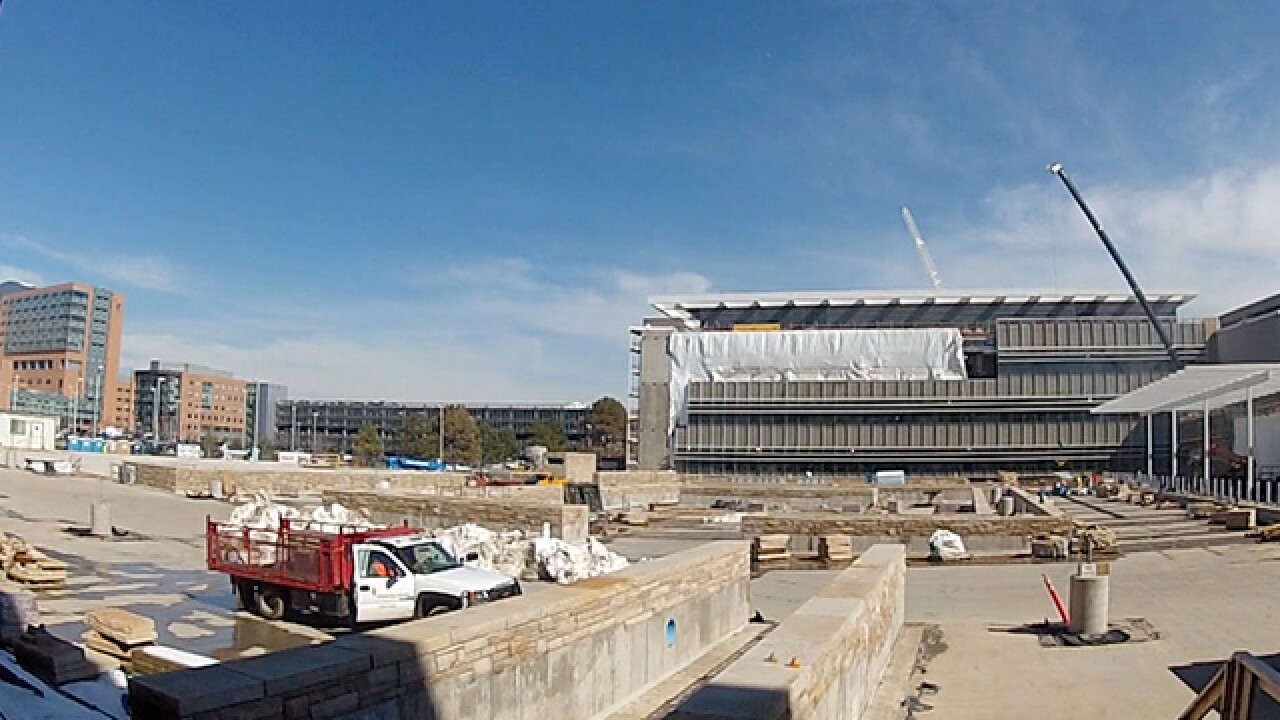 DENVER (AP) — The Veterans Affairs Department is expected to announce this month that a troubled Denver-area hospital under construction is finally complete after years of delays and severe cost overruns.

But the Denver Post reports that it will take months more to finish the Aurora project — and that it will likely be understaffed once it opens in August.

The Post obtained a draft document for a U.S. House committee that says VA officials are “pessimistic” about filling all jobs at the $1.7 billion facility, which is more than $1 billion over budget.

The newspaper says that means the Veterans Administration plans to keep running an aging, overcrowded Denver facility that the Aurora hospital was meant to replace for at least three years.

“Operating both (VA medical centers) will also generate excess security, logistics, facilities management, food service, and administrative staffing costs in the low tens of millions” of dollars, according to the document, drafted for the House Committee on Veterans Affairs.

The committee plans a Wednesday hearing on the long-delayed project. Colorado Republican U.S. Rep. Mike Coffman, long a critic of the hospital’s tortuous construction, is on the panel.

According to the draft document, the U.S. Army Corps of Engineers and contractor Kiewit-Turner expect to complete most construction this month. But the deadline is “misleading” because “many design-error corrections, renovations and final completion items that are necessary before activation have been excluded from the definition of ‘construction completion,’” it said.

The Army Corps, which lawmakers demanded take over the project after massive cost overruns, had “planned to depart the construction site (in January) but now will continue managing construction through at least June,” it noted.

The VA is struggling to fill positions for the Aurora hospital, in part because of metropolitan Denver’s tight labor market, the document says. Even at the existing Denver hospital, nearly a quarter of 2,787 staff positions — 653 — are vacant.

Moreover, the new campus doesn’t have the space to house a post-traumatic stress disorder rehabilitation facility. For now, those services will remain at the Denver hospital.

VA spokesman Curt Cashour told the Post that the agency “continues to work closely with its project partners to resolve issues as they arise.”

The VA probably won’t need more money to finish Aurora construction or outfit it with about $340 million in furniture and equipment before its formal opening in August, according to a document authored by Stella Fiotes, acting principal executive director of the VA’s Office of Acquisition, Logistics and Construction.

Multiple investigations have concluded that the VA bungled the project, providing insufficient oversight, approving lavish design elements, failing to get designers and builders to agree, and trying to use a complicated form of construction contract that agency executives didn’t fully understand.