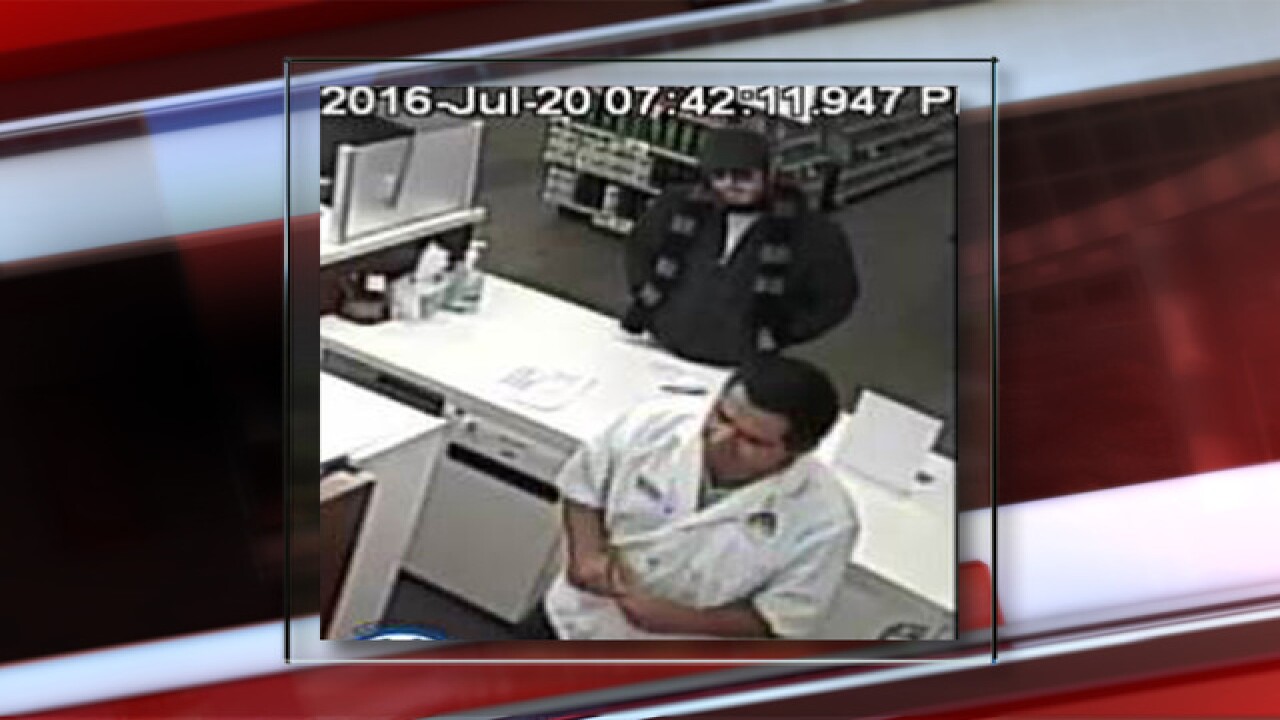 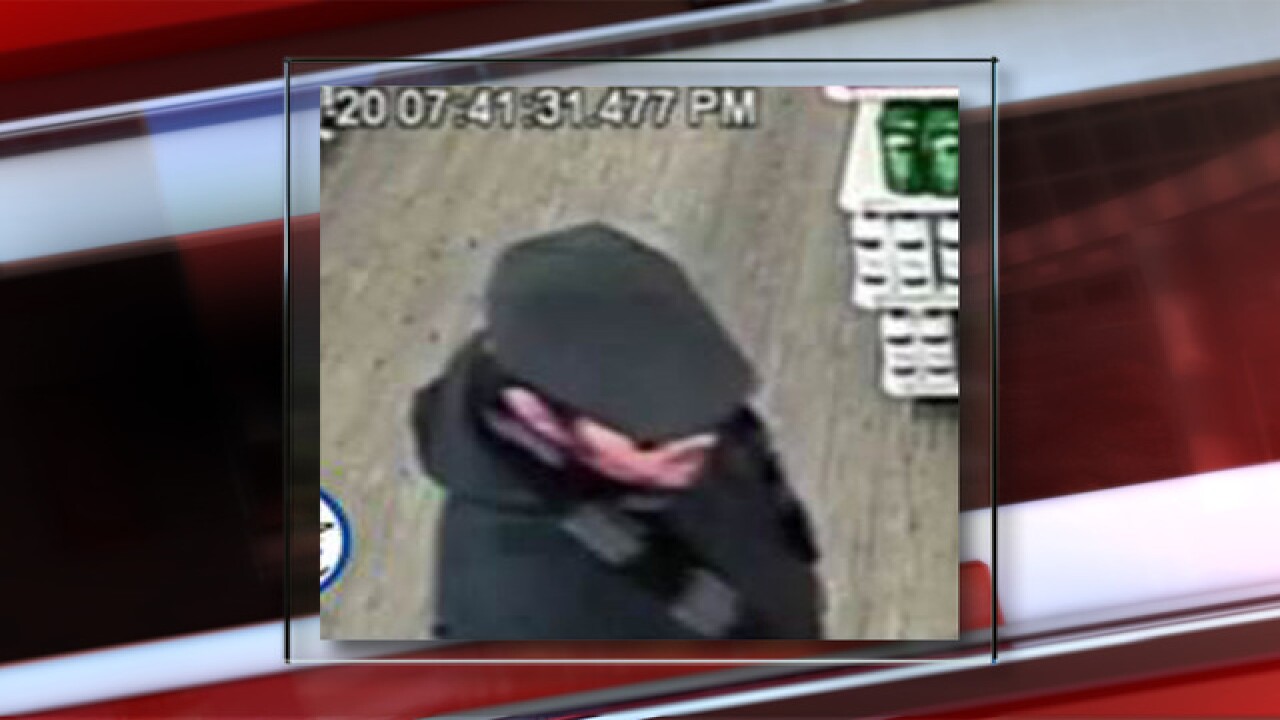 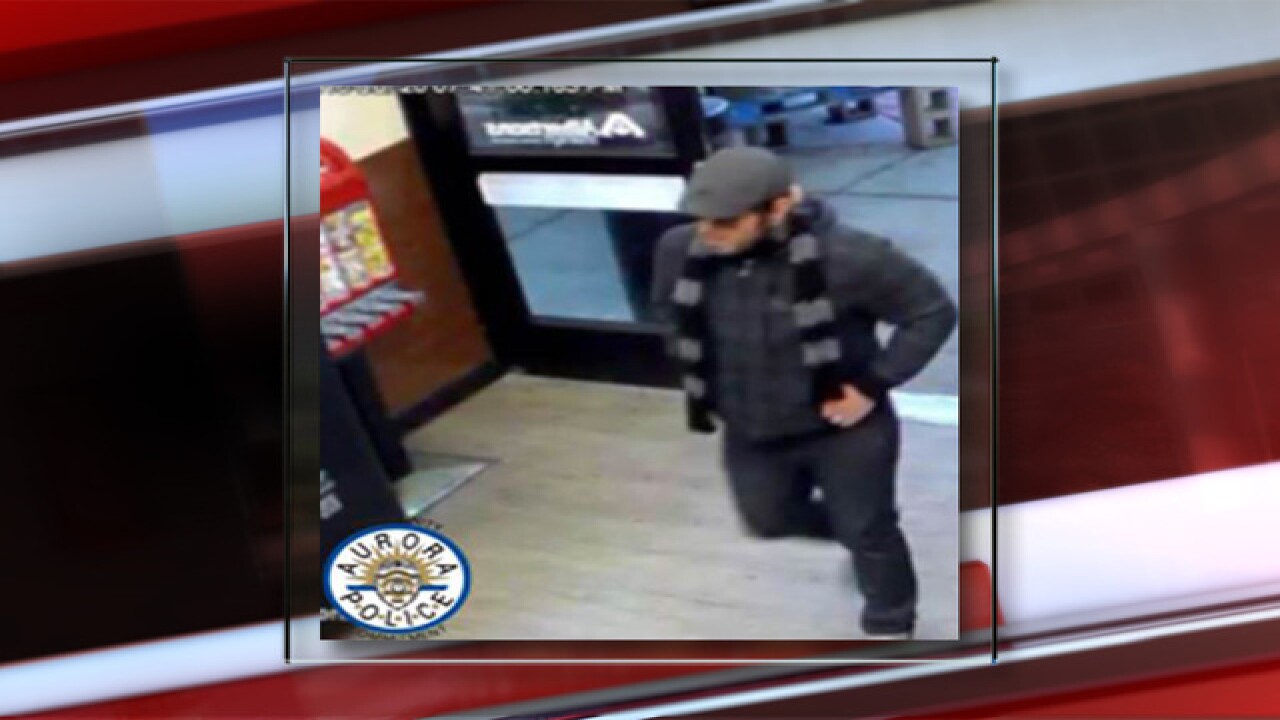 AURORA, Colo. -- A "polite and apologetic" drug store robbery suspect is wanted by Aurora police after striking twice within the past three weeks.

The first robbery took place the evening of July 20 at the Albertson's Pharmacy in the area of East Mississippi and South Buckley Road.

The suspect reportedly gave the store clerk a hand-written note that stated, ”Do not be a hero this is a robbery I have a gun you have two minutes or I will start shooting." The suspect was "very polite and apologetic during his interaction with the employee," an official with the Aurora Police Department said in a statement.

Brandishing the butt of a gun that he did not pull out, the suspect demanded he be given Oycontin, Dilaudid, Hydromorphone, Fentanyl Patches, Oxycodone & Methadone before leaving the pharmacy.

The second robbery happened on Tuesday evening at another Albertson's, this time, located in the area of East Smoky Hill Road and E-470, about 10 miles from where the first robbery took place.

"In that robbery, the suspect verbally advised that he had a weapon and provided a list of prescription drugs," said the APD official, adding that the store clerk did not see a weapon during the robbery.

Police are asking for your help to find the suspect, described as a white male, approximately 30-years-old, measuring 5-feet-8, and weighing about 180 pounds. He is said to be stocky, with bleached blond hair wearing a mustache and a goatee. He was wearing black jeans, black sneakers, grey golf cap, and black sunglasses.

"The suspect is associated with an unknown make/model white sedan and is seen getting in the passenger seat of that vehicle prior to its leaving the scene," the APD official said.

Anyone that has information concerning this crime is asked to please contact Aurora Police Detective Randall Carroll at 303-739-6111 or call Metro Denver Crime Stoppers at 720-913-STOP (7867).

You can also Text to: 274637 (CRIMES) then title DMCS & enter your message. The tip line is answered 24 hours a day - 7 days a week. You can remain anonymous and earn up to two thousand dollars ($2,000). Metro Denver Crime Stoppers collects information on unsolved crimes or individuals wanted by the police.

The following map shows the locations where the robbery suspect was seen.