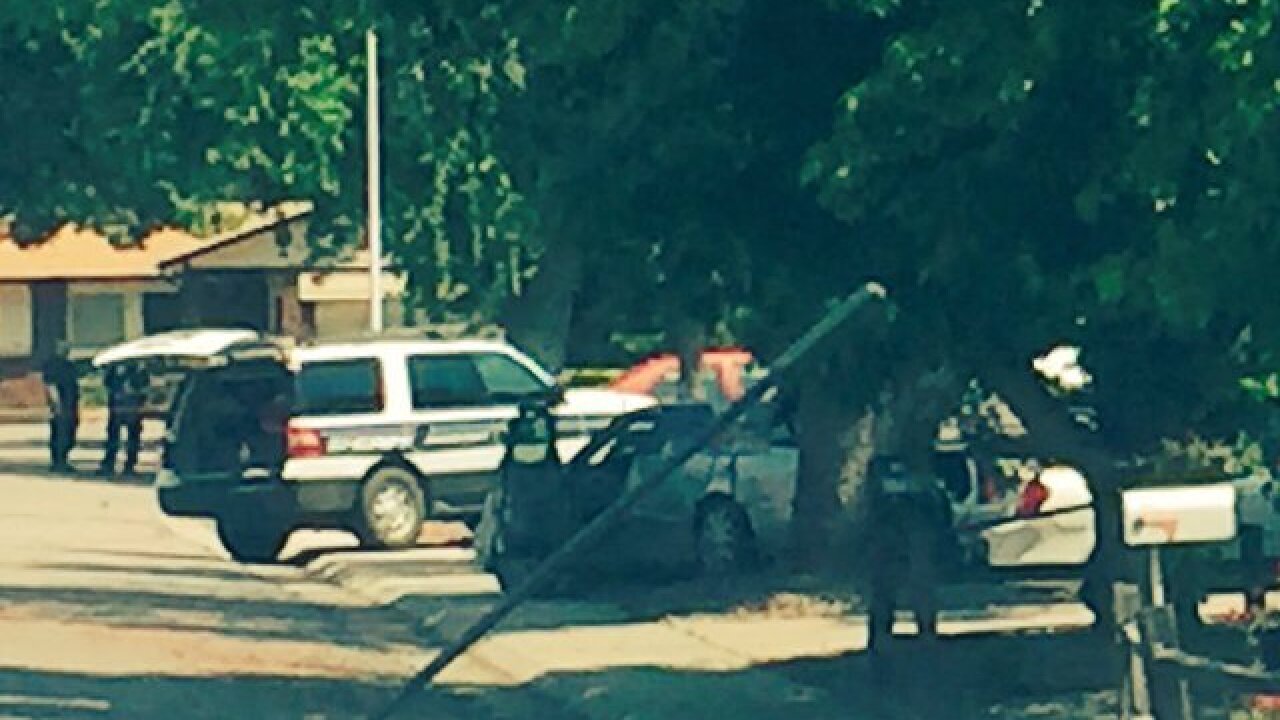 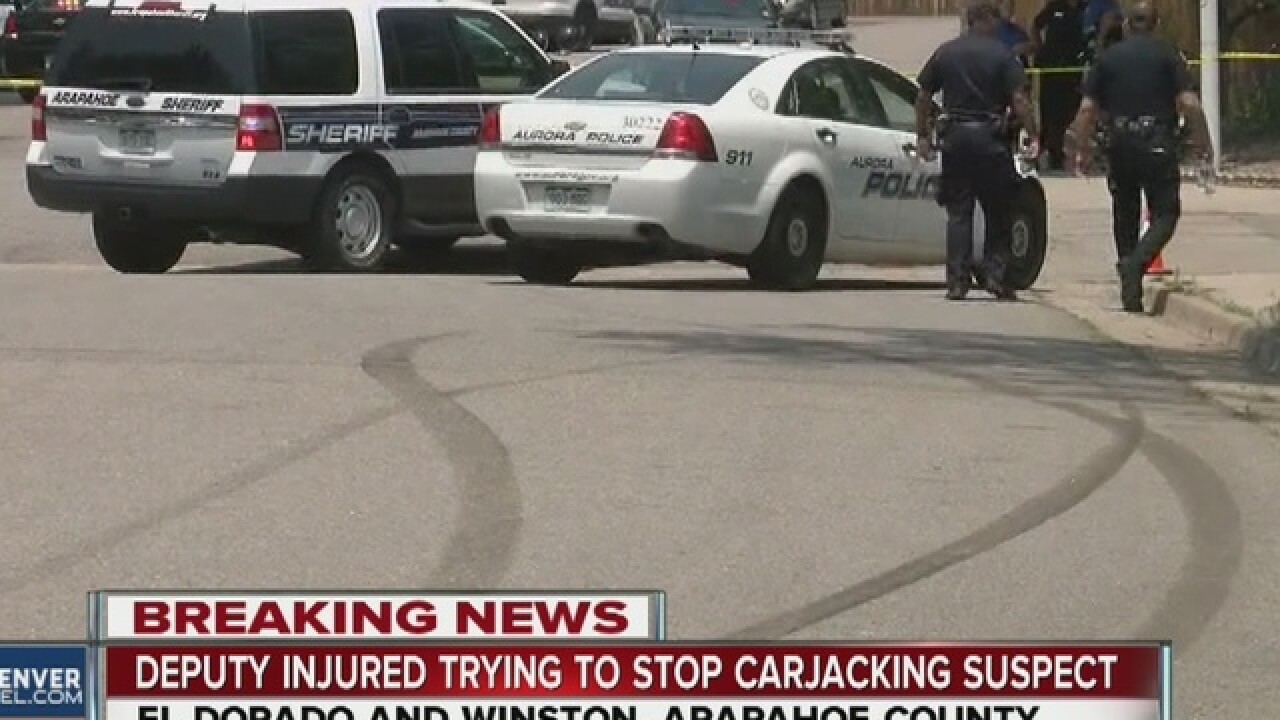 Shots were fired after a carjacking in Arapahoe County Thursday.

Aurora police said the carjacking happened on East Rice Place, near Parker Road and Quincy Avenue. It ended about 2.5 miles away at Eldorado Place and Winston Street, near Hampden Avenue and Chambers Road.

Aurora police said the shooting involving an Arapahoe County Sheriff's Office deputy, but no one was hit by the gun fire.

That deputy was injured and was taken to the hospital, according to the Arapahoe County Sheriff's Office.

"On Thursday June 16, 2016 at 11:30 a.m. Aurora Police officers were dispatched to a carjacking which occurred at 13770 East Rice Place. The vehicle description and license plate was relayed to Aurora Police Department officers, and the Arapahoe County Sheriff’s Office.

"This is an ongoing investigation and interviews are still being conducted. The name of the officers involved is not being released at this time.

"Detectives from the Major Crimes/Homicide Unit and Crime Scene Investigations Unit responded to the scene and took over the investigation into this case. Anyone with information regarding this incident is asked to call Agent Charles Mehl."