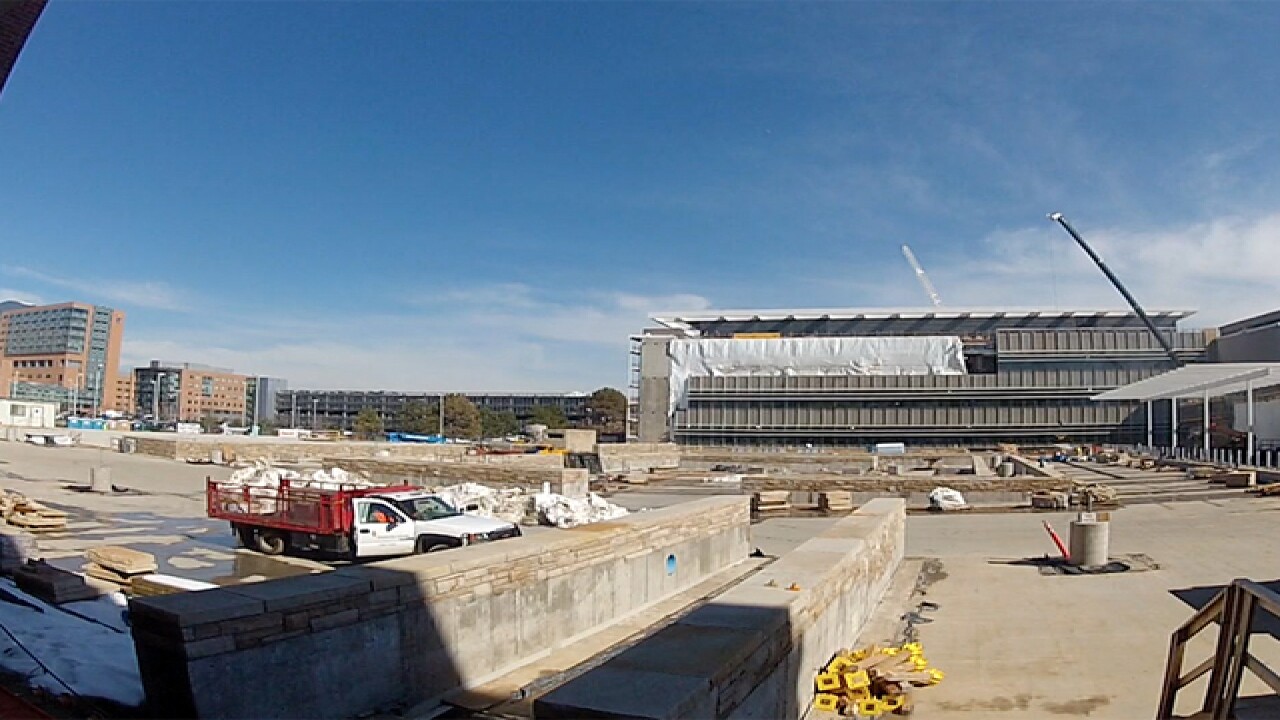 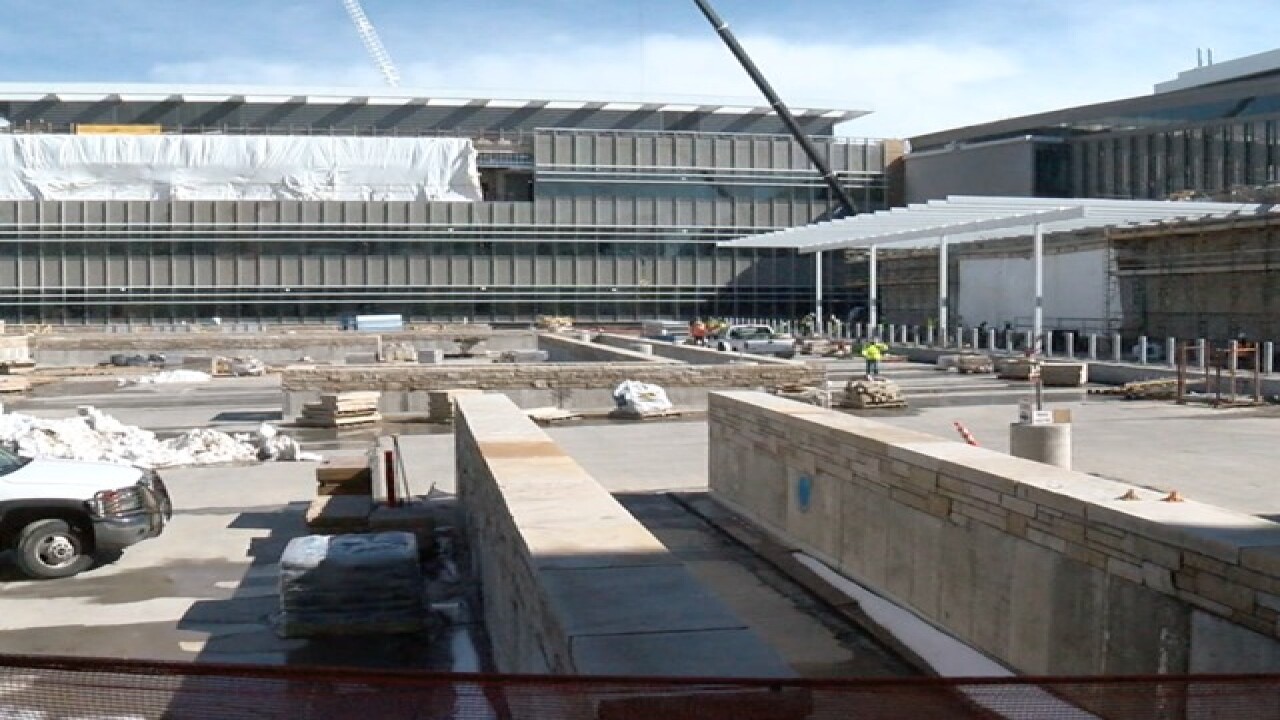 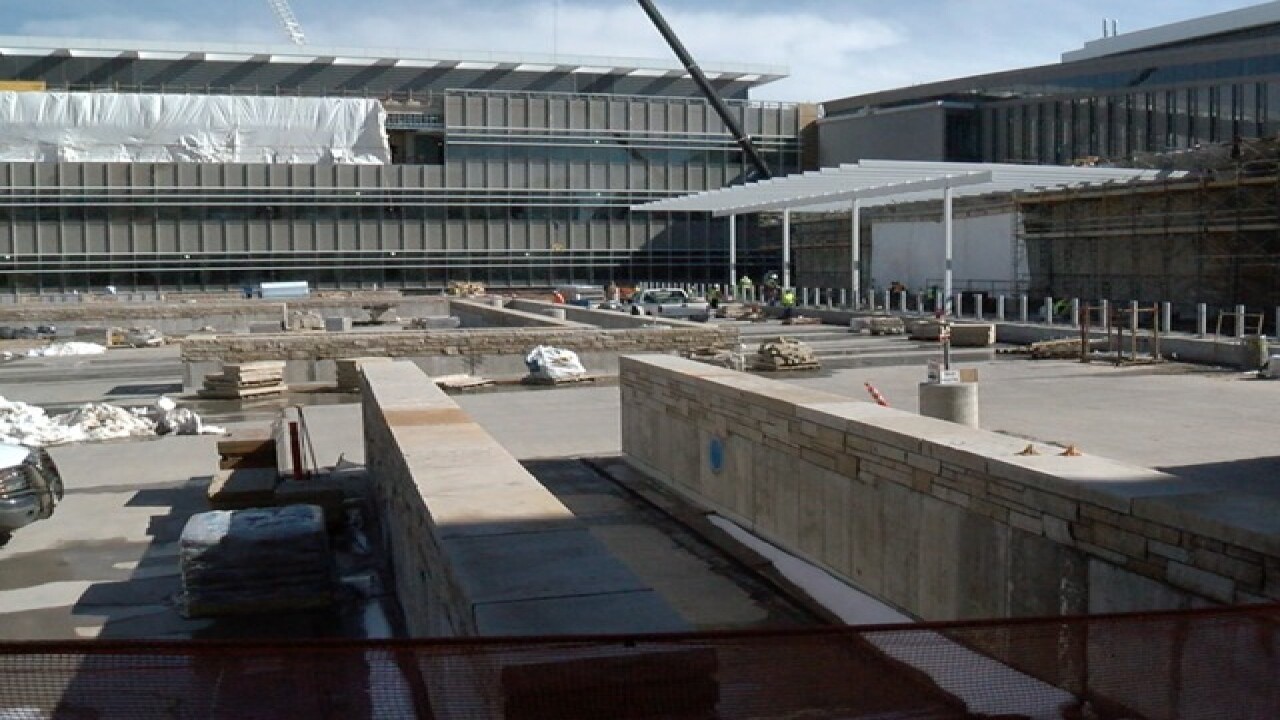 "I come out here every month or month and a half," said Ted Streckfuss, a deputy district engineer with the U.S. Army Corps of Engineers. "To me, it's dramatic to see the amount of work that has been accomplished in each given month."

The hospital, which has experienced major cost overruns, is now fully funded.

"The current appropriation for the project is $1.675 billion," Streckfuss said. "That funding will allow us to finish this project, currently targeting completion in January of 2018."

Congress put the Army Corps of Engineers in charge after mismanagement by the Dept. of Veterans Affairs led to a nearly five-fold increase in the original project’s cost.

It’s made a difference on site.

“That’s the fun part of this project,” he said. “We’ve got this relationship where we’re working with the contractor, Kiewit and Turner, working closely with the Dept. of Veterans Affairs, and coming together as a team.  You can feel the synergy.”

Streckfuss told Denver7 that upward of 1,000 construction workers are on site at any given time.

“You can see those workers installing what we call a curtain wall,” he said. “That’s the finished façade on the exterior of the building. Today, they’ll probably be able to place 15 of those units.”

“The curtain  wall is being installed on the Clinic Building Center,” said Kevin Lindsey, of the U.S. Dept. of Veterans Affairs – Office of Construction and Facilities Management.

Lindsey said there will be three clinic buildings at the new hospital and two inpatient buildings.

He said the new hospital will have 148 beds, which is just 20 more than the current hospital.

When asked why the new hospital is so much bigger, Paul Sherbo, the VA’s director of public and intergovernmental affairs said, “It’s more than just a hospital.”

“Surgery rooms will be larger,” he said, “There will be a Diagnostic and Treatment building and a Research building. This will be a true medical center.”

One thing the new VA Medical Center will not have is a PTSD Residential Rehabilitation facility.  At least not right away.

“We tried to add it when the “reprogramming took place,” Lindsey said, “But we were unable to.”

Sherbo said veterans are being treated for PTSD at the current hospital or at other hospitals in Metro Denver.

Another thing the new hospital won’t have is a Community Living Center building, a sort of ‘nursing home’ within the hospital.

Sherbo said the CLC was “removed” from the project in the final reprogramming due to funding constraints. “The VA is currently exploring how to best provide this service,” he said.

The new hospital is also designed to house emerging technology.

“There were a number of design-deferred rooms that were very specifically set aside so we would be able to bring in the very latest in technology in order to provide updated equipment and facilities for the nation’s veterans,” Streckfuss said.

When asked if there have been any major construction issues, since the Army Corps of Engineers took over, Streckuss said, “Every construction project has issues.  As you work through those issues, you have a great approach by the entire team to solve problems. At the end of the day, we’re going to be able to provide that world-class facility for our veterans.”