Man dies in crash after pushing friend to safety in crosswalk 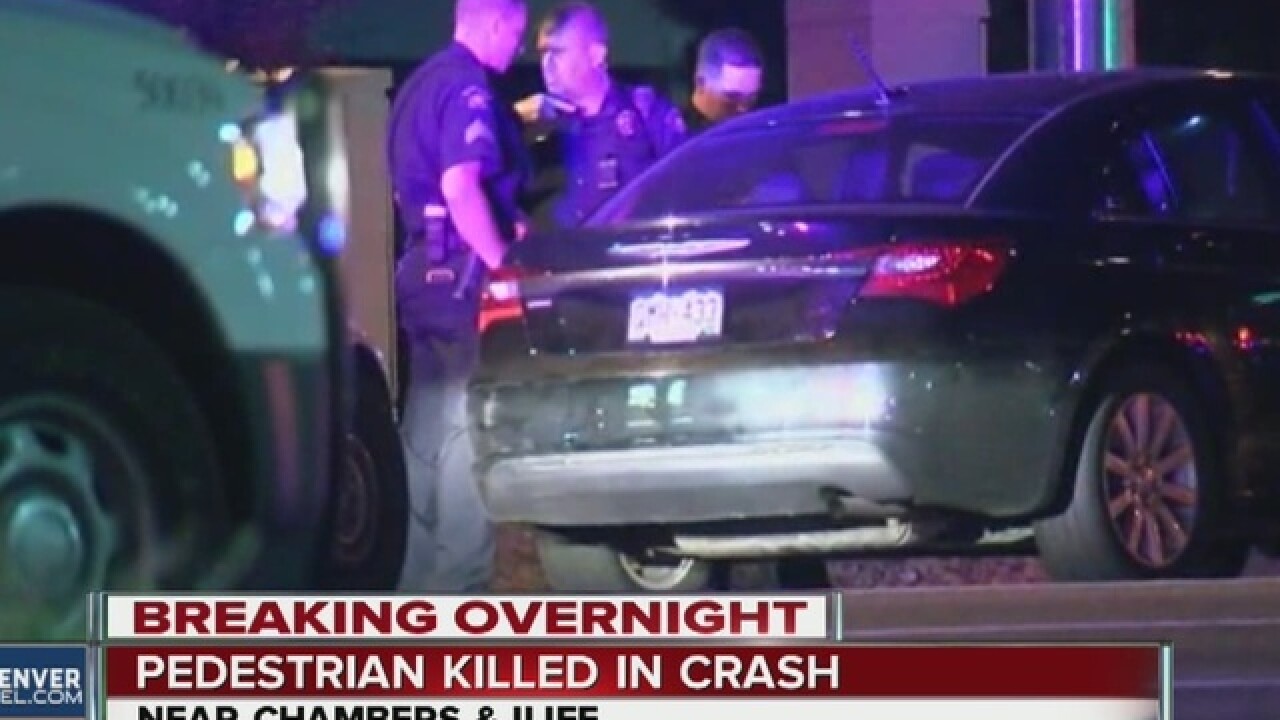 AURORA, Colo. -- An Aurora man says a friend he was walking with saw an SUV careening at them, yelled and pushed him out of the way, saving his life.

Jordan Mulumulu, 24, was on Chambers Road, crossing Iliff Avenue at a crosswalk late Sunday night with Dalton M. McCreary, 22, when the driver of a Toyota 4Runner ignored the red signal light and lost control of his vehicle, Aurora police said.

"I just remember him putting his hand behind my back and telling me to run," said Mulumulu.

Aurora police tell Denver7 the Toyota struck Dalton in the crosswalk, flipped over onto its roof, going down a landscaped embankment  and into the Walgreen’s parking lot where it rolled back upright onto its tires.

The driver, Christopher O’Neil Tarr, 41, tried to drive away, with several witnesses chasing him, but the SUV's engine died, police said.

Tarr and a passenger were hospitalized. Tarr was later arrested on suspicion of vehicular homicide and driving under the influence.

McCreary was taken to a local hospital, but he died from his injuries.

Mulumulu says if it weren't for McCreary, he may not be alive.

"The thing is is he would have done it for a stranger," said Erin Garcia, McCreary's aunt.

Garcia says her nephew has always sacrificed himself for others.

Raised by his grandparents, McCreary dedicated his own teen years to helping them out.

Once his grandmother was diagnosed with early onset Alzheimer’s, she says McCreary stayed living with his grandfather to help them.

She thinks McCreary would have forgiven the driver who hit him, despite the circumstances.

“I want to have the gracious heart my nephew did,” she said.

Family and friends plan to gather at the Advantage Aurora Chase Chapel off Havana St. on Wednesday at 1 p.m.

Garcia is asking anyone with a motorcycle to go and rev their engine in McCreary’s honor.

“We just want to make some noise for a minute,” she said, “and let heaven know he's on his way.”

The family set up a GoFundMe page to help raise money to pay for McCreary's memorial service.