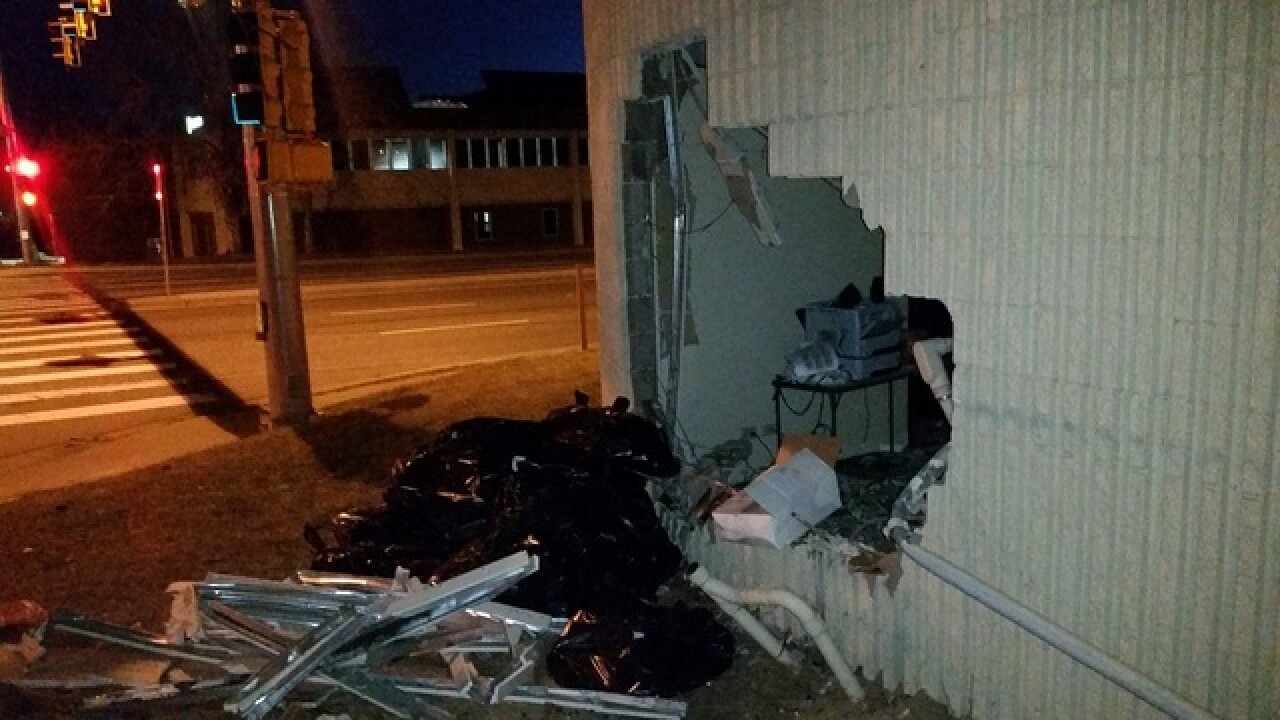 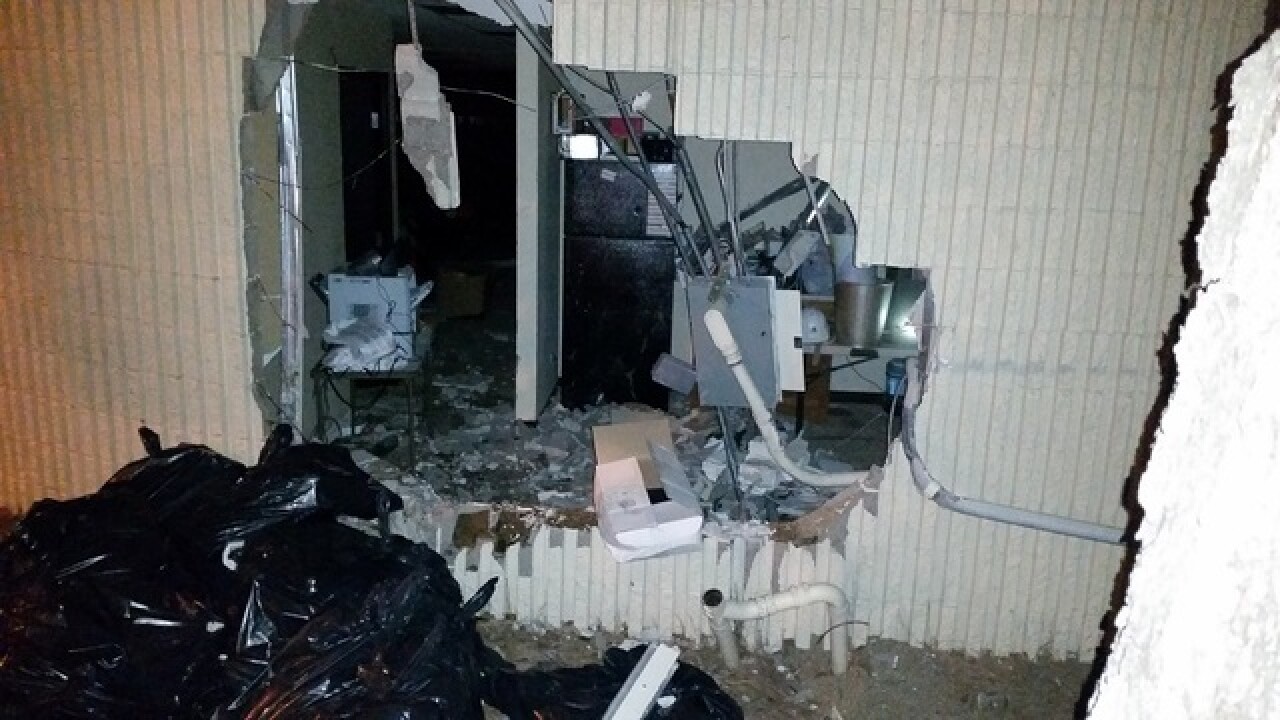 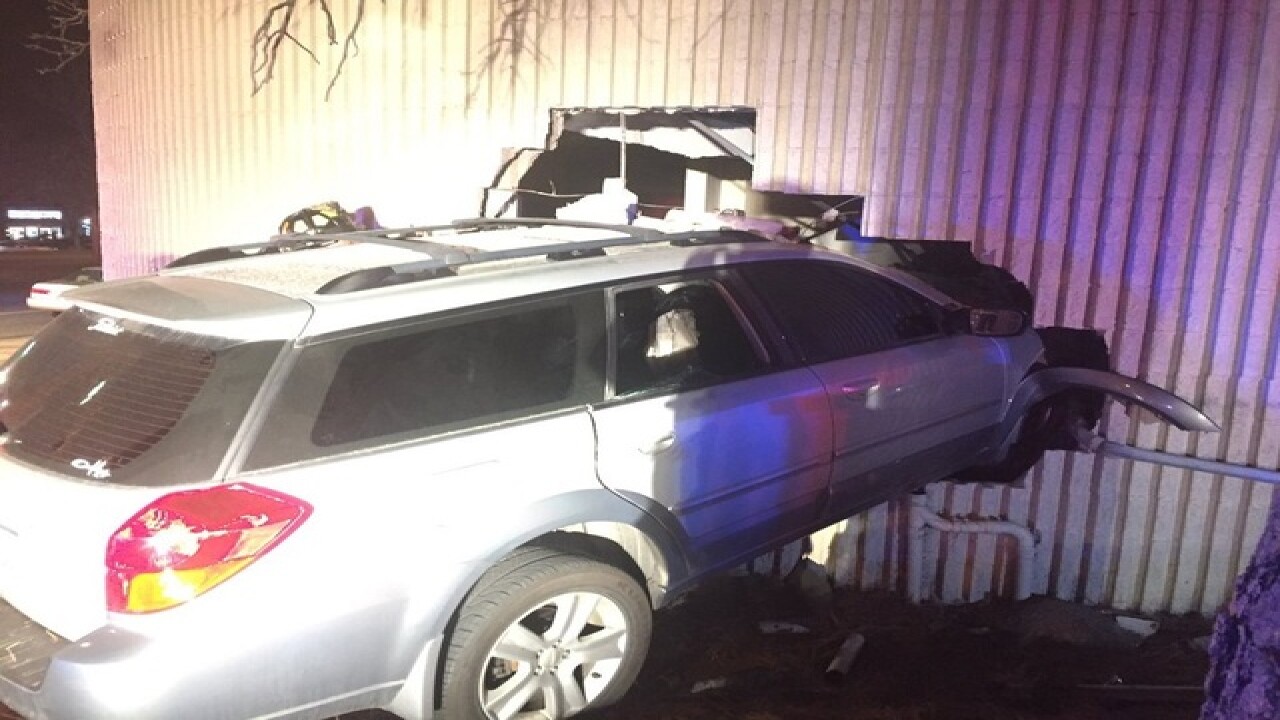 A vehicle punched through the wall of a State Farm insurance office leaving behind extensive damage.

The crash occurred on East Iliff Avenue and South Xanadu Way after midnight on Sunday. One person was transported to the hospital.

There was no information on that person's condition.

The crash left a large hole in the back wall off the office.

A restoration company was cleaning up the damage hours later.