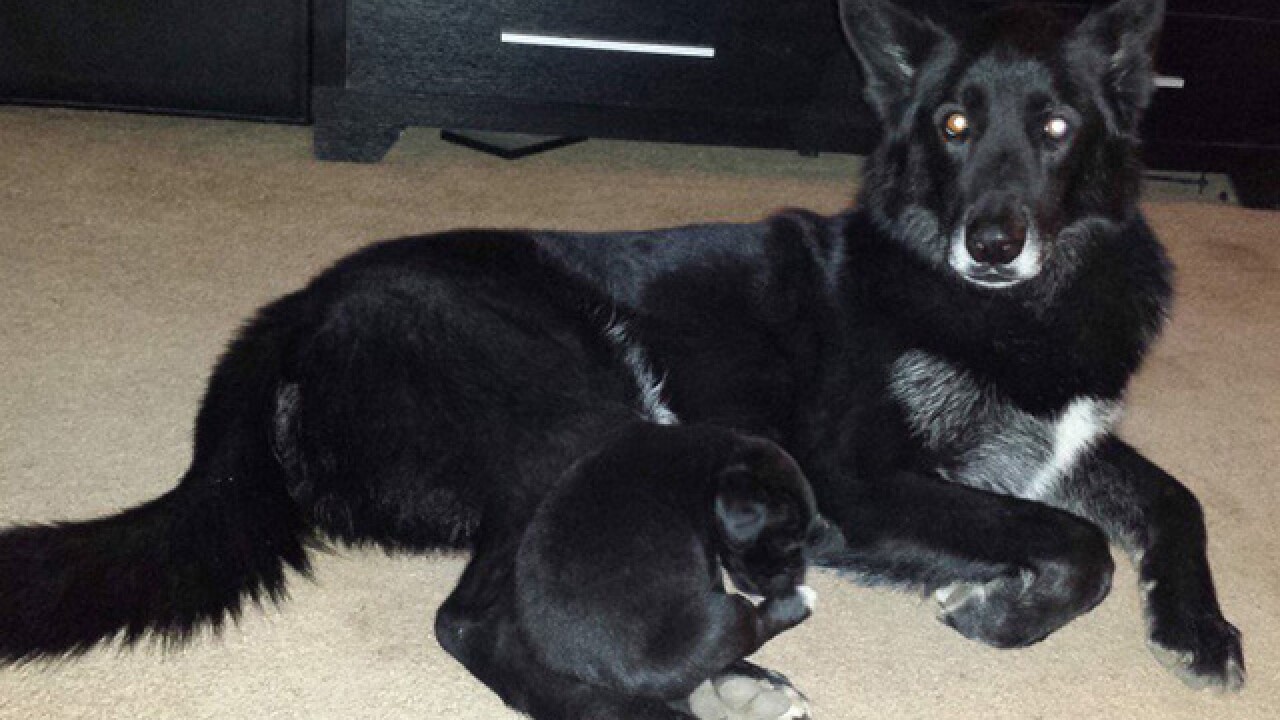 AURORA, Colo. -- Capone's owner Tracy Abbato says DNA results show her dog Capone is not part wolf as suspected in the past.

"The results came back NEGATIVE. Not an ounce of wolf," Tracy Abbato told Denver7's Sally Mamdooh.

Abbato has been fighting to get her dog back after Capone was picked up by animal control, which determined he could possibly by a dog-wolf hybrid.

Animal control decided to test Capone’s DNA before releasing him back to the owner. Aurora’s city ordinance prohibits residents from owning exotic animals.

"Capone is a family member.  We've had him for 10 years. He has grown up with my kids; it's devastating,” said Abbato.

"Aurora Animal Services ordered the DNA test after its experts observed the animal’s behavior, mannerisms and physical characteristics and believed them to be consistent with those of a wolf hybrid," said animal control in a news release last week.
Copyright 2017 Scripps Media, Inc. All rights reserved. This material may not be published, broadcast, rewritten, or redistributed.