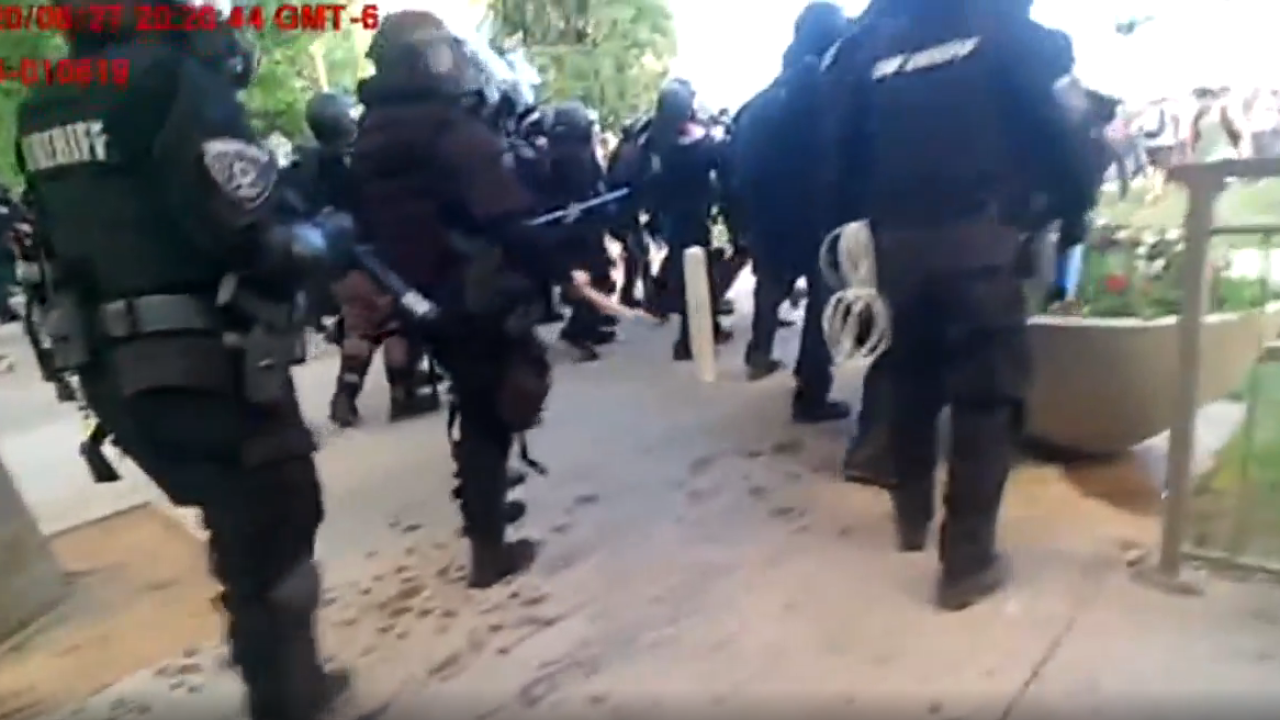 AURORA, Colo. — Aurora community leaders filed a class action lawsuit Thursday against the city’s police department and its interim chief, accusing them of unconstitutional treatment while breaking up a protest and violin vigil for Elijah McClain.

The suit, filed in U.S. District Court in Denver, addresses police response to the June 27 protest, when thousands gathered outside the department’s headquarters to rally for justice for McClain. After hours of peaceful protest and marches, police showed up in riot gear and clashed with protesters.

“Aurora’s deployment of riot police, who indiscriminately unleashed chemical agents, projectiles, and batons on peaceful protesters celebrating Elijah’s life and calling for justice at a violin vigil, is part and parcel of the same brutality, racism, and disregard for the Constitution that caused them to murder Elijah,” attorney Mari Newman said in a statement.

The complaint seeks to prevent Aurora police in the future from using chemical agents; shooting projectiles indiscriminately into crowds; require all law enforcement officers deployed to protests to have their body cameras recording at all times; and allow orders for crowd dispersal only when there is imminent danger to people, not property.

During a special meeting with Aurora City Council three days after police pepper-sprayed protesters and vigil attendees, Aurora Police Interim Chief Vanessa Wilson defended the actions of her department, saying the call was made for police to move on peaceful protesters because the situation was becoming dangerous for both the police and peaceful protesters at the event.

This is the second lawsuit brought to light against Aurora police this week.

On Wednesday, Denver7 learned one of the three police officers fired over a photo mocking the death of Elijah McClain had filed a lawsuit against the interim chief of police and the city over his termination. That lawsuit was filed earlier this month.

Denver7's Óscar Contreras contributed to this report. Read the rest from our partners at The Denver Post.