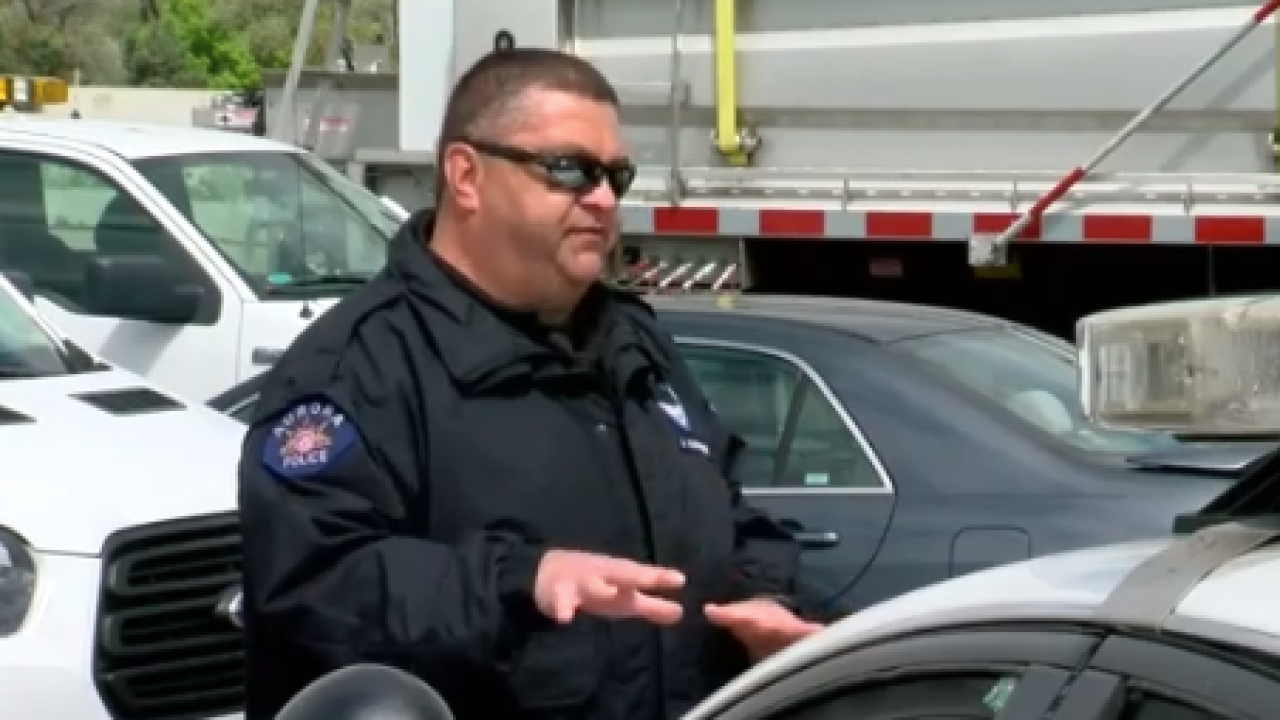 AURORA, Colo. – An 18-year veteran of the Aurora Police Department was fired Tuesday afternoon after he reportedly showed up to work with alcohol in his system nearly ten months ago.

A summary of the case provided to Denver7 Tuesday evening shows former Aurora police officer Javen Harper was scheduled to teach a radar class at 7 a.m. on Oct. 16, but failed to do so after texting a sergeant two hours prior, telling them his wife had left him and that he needed the day off to rest after a sleepless night.

That call was followed by another at 10:39 a.m., in which Harper told another sergeant that three Arapahoe County deputies went his home the previous night after his wife called 911 “because she felt threatened by you (Harper).”

The case summary states the deputies indicated in their report Harper was intoxicated at the time and that there had been an argument, but no criminal charges were filed.

A day later, a supervisor smelled “the odor of an alcoholic beverage” when Harper reported to work, at which point Harper was asked to take a preliminary breath test which showed a BAC level of .059. A blood sample was drawn about two hours later, revealing Harper’s blood alcohol level to be at .035.

The case was sent to the Internal Affairs Bureau and later reviewed by a discipline review board as well as the Independent Review Board, which found Harper had violated three department directives.

Aurora Chief of Police Vanessa Wilson, who on her first day in her permanent role is already dealing with the fallout of the actions of some of her officers for detaining and handcuffing a Black woman and four children after mistaking their vehicle as stolen, moved to terminate Harper after reviewing all the facts and circumstances in the case.

“Since my appointment as Interim Chief, and now as the newly appointed Chief of Police, I have pledged to hold my officers accountable for their actions,” Chief Wilson said in a prepared statement. “Being transparent regarding issues of officer misconduct is paramount for rebuilding trust and legitimacy with our community.”

Harper, who joined the Aurora Police Department in 2002 and was assigned to the Traffic Bureau, is the fifth Aurora police officer involved in an alcohol-related issue over the past year.

On Dec. 10, 2019, our partners at The Denver Post reported officer Nathan Meier was found passed out drunk in his unmarked car while on duty earlier in the year. He was not criminally investigated or fired. About a month later, officer Annette Brook pleaded guilty to driving under the influence and carrying a weapon while off-duty seven months prior. In addition to Brook’s June arrest, another off-duty officer, Joshua Teeples, was arrested on DUI allegations in August in Castle Rock. On April 6, officer Jaired Dozier was fired after he drunkenly drove a car head on into a tree in Colorado Springs.

By Denver7's count, Harper is also the seventh officer fired by Wilson within the past seven months.

In a blog post announcing the officer's termination, Aurora police said Harper was on restricted duty and not armed at the time of the incident.