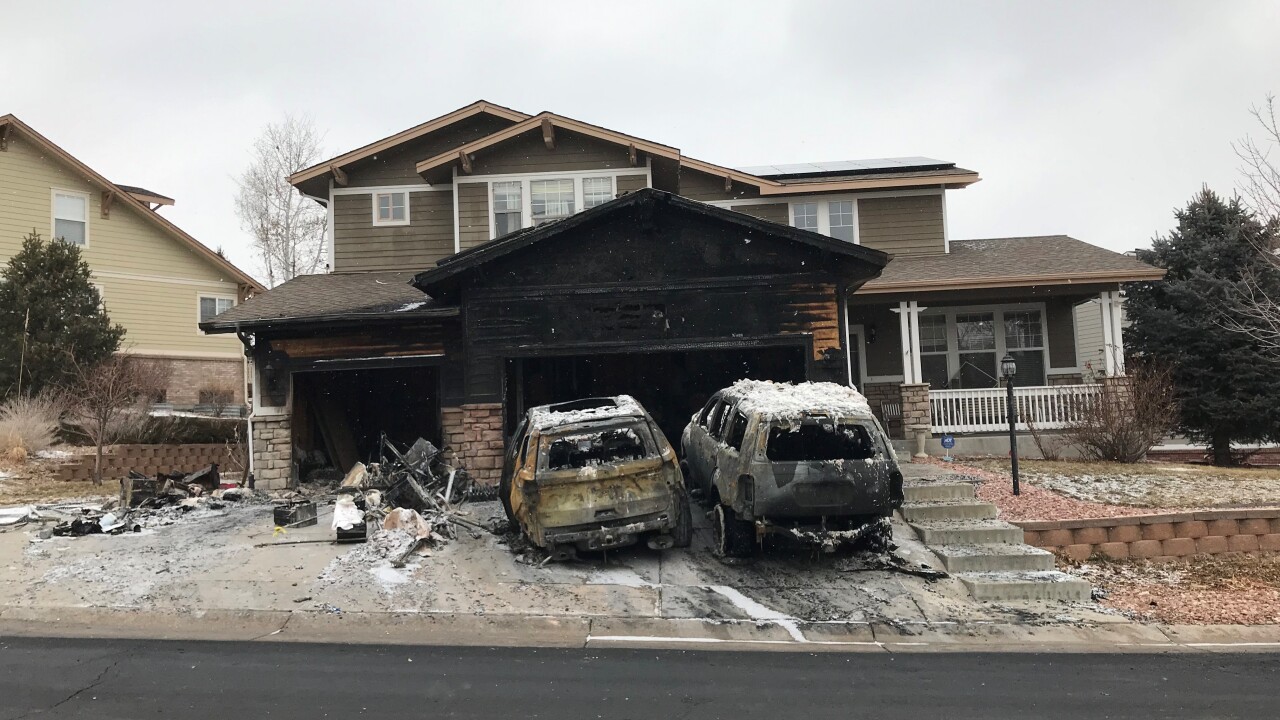 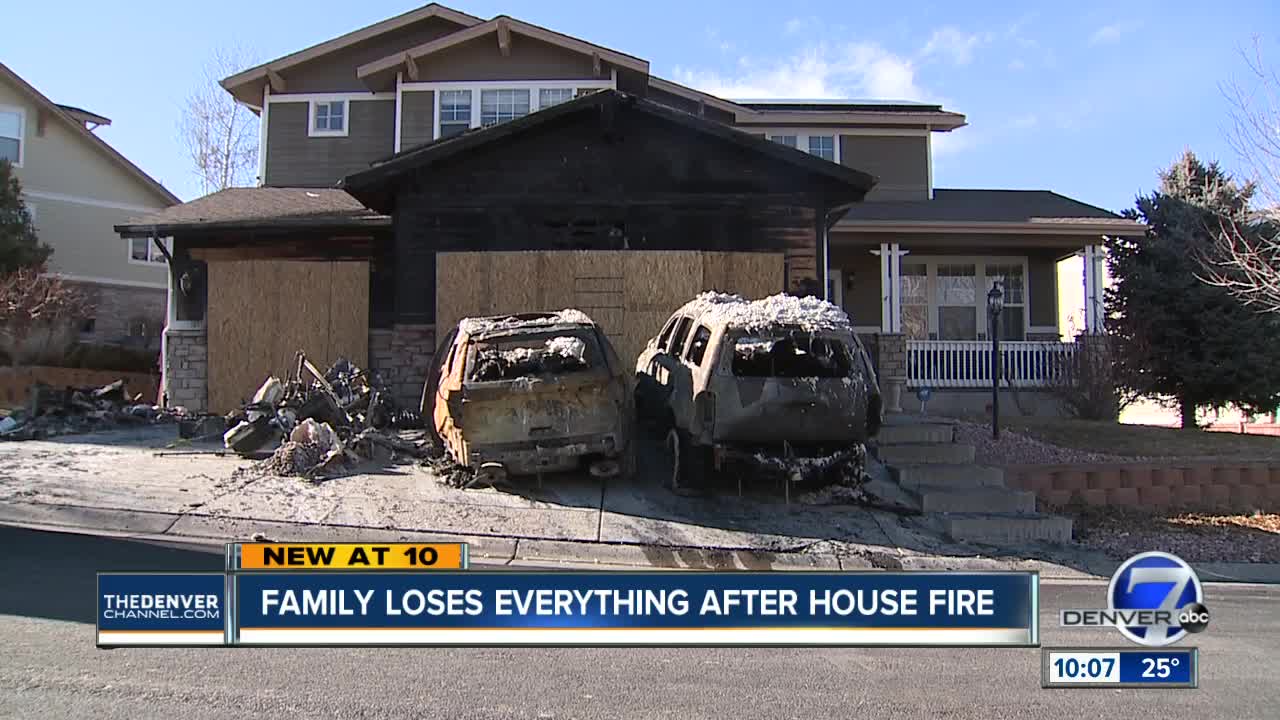 AURORA, Colo. -- An Aurora family has been left with just the clothes on their backs after a mysterious fire gutted their home earlier this week; and while the family escaped unharmed, they are now facing a tough road ahead.

"I took a deep breath in and I couldn't breathe and I told the kids, "Run! Let's get out of the house," recounts Tiffany Stevens, who stood outside the rubble of her Aurora home looking for perspective days after losing everything in a Monday afternoon fire."I'm glad it wasn't nighttime because we wouldn't be here," she said.

She is still trying to comprehend what happened.

"Honestly, I'm still in shock. I'm still stuck in the magnitude of this. It's overwhelming and I feel helpless," Stevens told Denver7.

She says she, her husband, and two daughters had been home on a typical day when she smelled smoke. The family raced outside with just the clothes on their backs,and watched the house go up in flames.

The cause is unknown at this time, but what is known is that the home is a total loss.

Lost in the ash and rubble? Their memories. Their life.

"We don't know how we're going to pay for next week, and the room, for that matter. Today is my daughter's birthday. She turns eight. Having to deal with her feelings and not being able to be home... it's just a a lot to think about," she said.

While Stevens deals with the insurance company, she has bigger things on her mind — clothes, housing, food, life.

She's counting on faith to pull them through.

"We're just sort of...don't know what we're doing for dinner. There's no structure. There's no routine. Your life is completely not your life anymore."