Police will have to announce themselves before forcibly entering a home, business 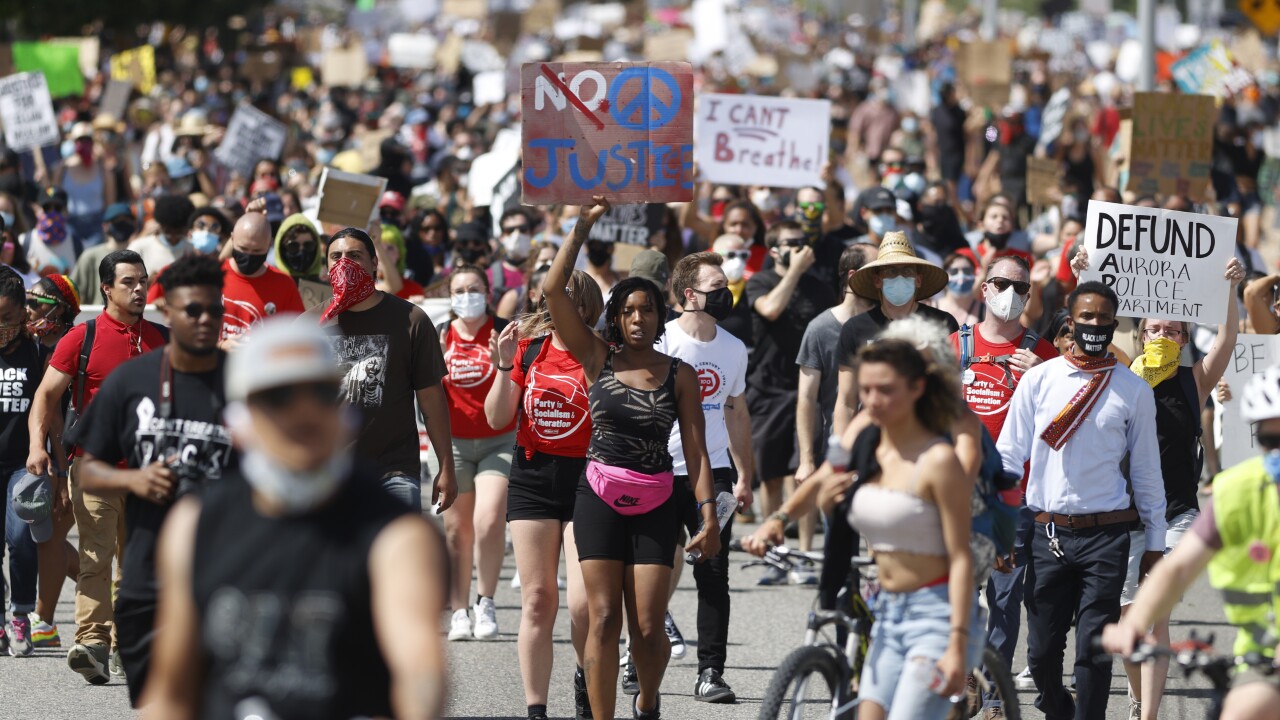 David Zalubowski/AP
Desiree Wallace, center, of Denver, holds a placard while moving with fellow demonstrators down Sable Boulevard during a rally and march over the death of 23-year-old Elijah McClain, Saturday, June 27, 2020, in Aurora, Colo. McClain died in late August 2019 after he was stopped while walking to his apartment by three Aurora Police Department officers. (AP Photo/David Zalubowski)

In what appears to be a first in Colorado, elected leaders in Aurora on Monday banned no-knock raids by police — the latest effort by city leaders to grapple with law enforcement tactics that have come under scrutiny nationwide.

The City Council voted 7-3 to prohibit police from forcibly entering a property without first identifying themselves as officers of the law. The measure was brought forward by Councilwoman Angela Lawson following the death of Breonna Taylor, who was shot in March by police as she slept in her own home.

There is an ongoing dispute as to whether — and how clearly — police identified themselves before entering Taylor’s Louisville, Ky., home.

Mark Silverstein, legal director of the ACLU of Colorado, said his organization has long raised red flags about no-knock warrants and the dangers they pose to not only occupants of a targeted home but the police officers themselves.