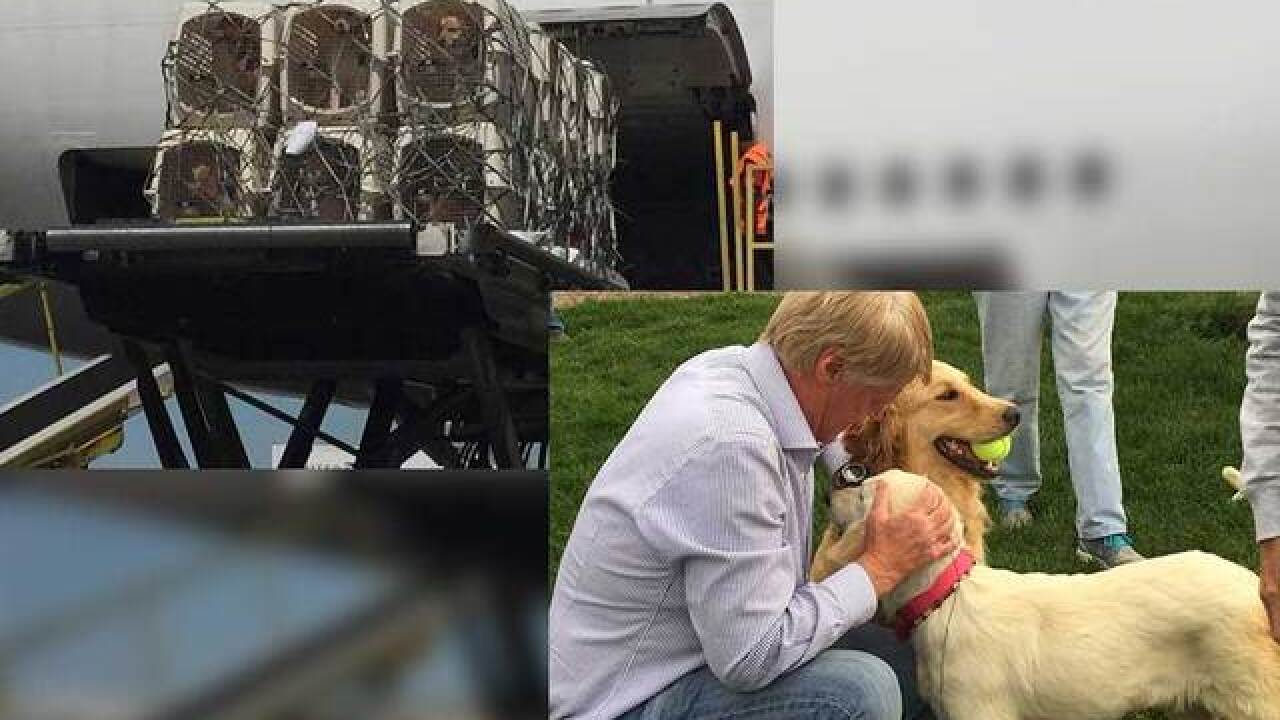 A Colorado Golden Retriever rescue group is not just saving dogs in Colorado, it's saving and rehoming dogs from Turkey.

At one point, Golden Retrievers became a status symbol in Turkey and were hard to get, explained Kevin Shipley, the executive director of Golden Retriever Rescue of the Rockies.

But Shipley said once the dogs weren't cute little puppies anymore, and weren’t status symbols anymore, many of them ended up abandoned in the streets and forest.

Shipley watched and took notes as a Golden Retriever rescue in Atlanta rescued Turkish dogs, then Shipley and his team started working on logistics, talking to airlines and working with a rescue in Turkey.

There were 18 dogs in the latest group. Four have been spoken for, 14 will go up for adoption soon. Shipley hopes a third group of dogs from Istanbul will arrive later this year.

"Our mission is to rescue, rehab and rehome Golden Retrievers. And advocate for the breed," Shipley explained.

He said the Golden Retriever Rescue of the Rockies has actually found unique donors to help with this project, and they haven't had to touch the money they raise for their Colorado rescue operations.

"We've had an explosion of new donors and volunteers," Shipley said. "It's really inspired and fired up the current membership base, as well. It's a chance to rally around a bigger cause."

Shipley said his group has rescued and rehomed more than 4,000 goldens and golden mix dogs over the course of 20 years.

He feels like rescue groups provide an important service to the animals and the community. He's concerned that people offering dogs for free on Craigslist, and other websites, may not be finding the best home for their animal.

"I’d like to recommend that anyone in position to relinquish a dog, look up a reputable rescue," Shipley said. "We are professional home finders for dogs."'

Learn more about the Turkey dog rescue project and how to adopt a dog .