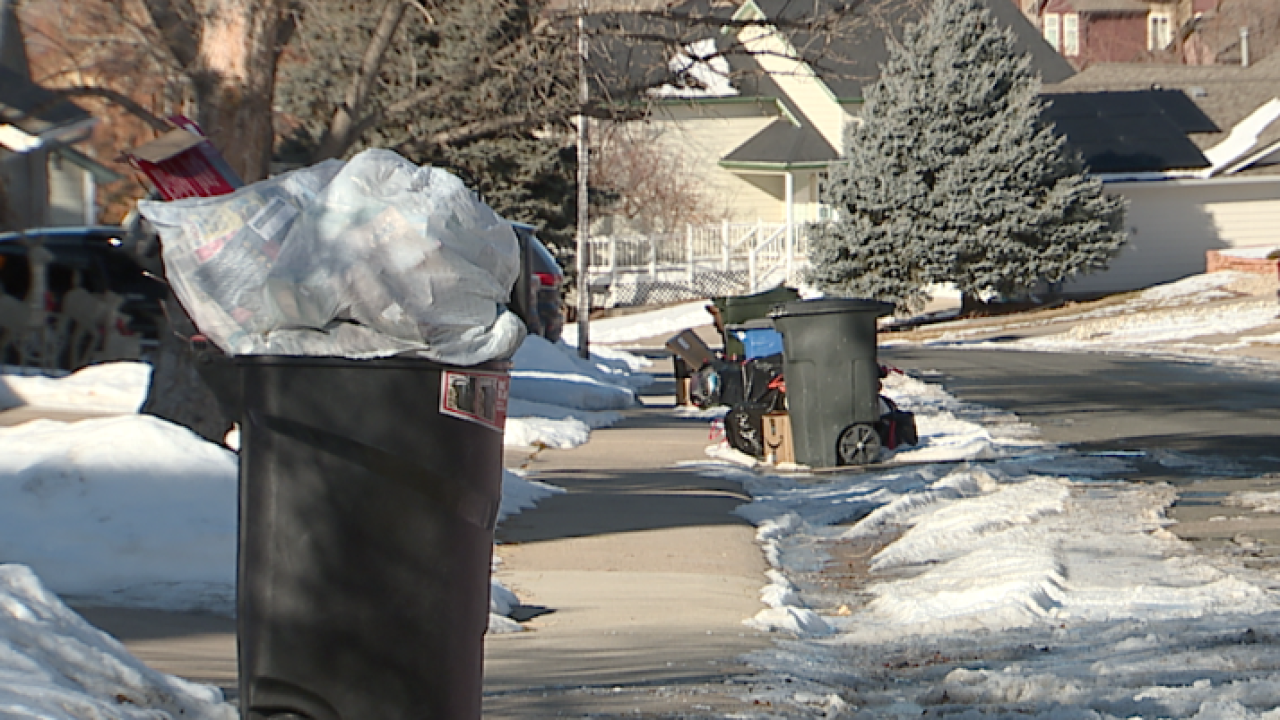 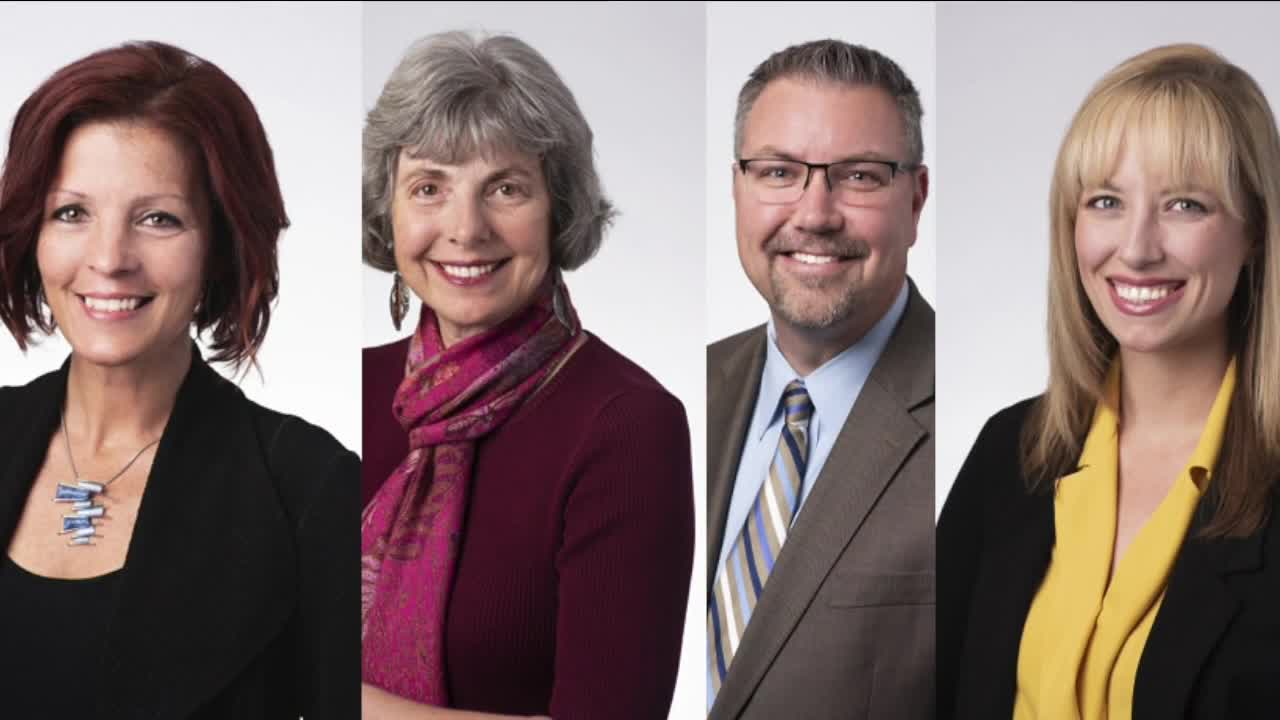 ARVADA, Colo. — On nearly any given day in Arvada, you’re likely to see a trash truck driving through neighborhoods.

Unlike areas like Denver, Arvada does not have a citywide trash collection program, so for decades homeowners and neighborhoods have been responsible for finding their own hauling services.

What’s the stink about the trash service?

Right now, about a dozen waste companies are now serving the residents of Arvada, meaning trash trucks are a near daily occurrence in neighborhoods.

“It seems inefficient. We have trash trucks on our roads six days a week. Some roads are seeing between nine and 12 trucks,” said District 2 City Councilmember Lauren Simpson.

For years, the city council has been debating the issue of a citywide trash service. A 2017 survey found that 60% of respondents supported the idea.

In 2019, the city council decided to put the issue on the ballot for voters to decide. However, three months before the November election, the council unanimously voted to remove the trash collection question from the ballot in order to do more work on the issue.

Last month, the council voted four-to-three to approve an ordinance and new contract with Republic Services for a citywide trash collection.

Supporters of the idea say the move will cut down on air pollution and road repairs.

“These trucks weigh five times what delivery trucks do and they are doing significant damage to the roads,” Simpson said.

Councilman Bob Fifer also considers the volume of trash trucks in the area a safety concern in neighborhoods with small children. There’s also an optics issue.

“Folks just said, ‘Hey, I want all of our trash bins out one day and I want them back in all at the same time,’” Fifer said.

However, opponents of the idea say the move drives out competition and drives up prices for residents.

Dave Palm has been an Arvada resident for more than 57 years and is one of the organizers of a recall petition against the four city council members who voted in favor of the switch.

“The city is issuing a contracted monopoly to Republic Services,” Palm said. “They are basically taking away our right to choose.”

He believes the issue should have been put on the ballot for voters to decide.

Fifer says the issue never made it to the ballot because city council decided it was too complex.

“It took me 18 months to fully understand the complexity of how do we start it, how much does it cost, what will be the impact, how much to sustain it,” Fifer said. “I think that’s a difficult subject to put into a few sentences or paragraphs on a ballot to be able to explain something and that level of depth.”

Palm disagrees and doesn’t think the city council is giving the people of Arvada enough credit.

“This is about a situation where city council decided that the citizens were not smart enough to make the decision on their own,” he said.

There is an opt out option for residents who like their current collection services, but it comes with a $5.13 monthly fee.

“Five dollars a month to opt out and that five dollars goes to Republic to not stop at your house,” Palm said.

Simpson says opt-out fees for citywide trash collection services are common across the country and that this $5.13 fee is the lowest in the region.

Even after opting out, residents would still have the option of dropping off bulk items at Republic Services and participating in composting events.

Palm and those who oppose the change don’t believe they should have to pay for a service they aren’t receiving.

As a result of the vote, all four city council members who voted in favor of the unified trash collection service are now facing recall efforts. The members being recalled are council members Lauren Simpson, Bob Fifer, Nancy Ford and Mayor Pro Tem Dot Miller.

Palm and groups like Recall Arvada are working to gather thousands of signatures by the end of August to force a recall election.

He had considered the idea of starting a petition for a referendum but says they are more difficult to get on the ballot.

None of the city council members who are facing recall petitions are up for election on November.

Simpson is still relatively new; she was just voted into office last November and says a recall petition eight months into her tenure has been disheartening.

Even before the final trash collection vote on June 15, the recall petitions had been pulled.

The issue of citywide trash collection has become so contentious, Simpson says she received an anonymous threat over it.

The threat came in the form of an email on June 8, which Simpson shared with Denver7.

It read in part, “Should you decide that it is your right to decide how we live our lives and who we can do business with, rest assured, this will likely be the last. The residents of our great city will not tolerate your Democratic Socialist agenda.”

Simpson responded to the email explaining her position and the next day recall petitions were pulled.

Politics today are not the friendliest in any environment and over a subject like single trash hauling, seems to be extreme,” he said. “I think it’s a misuse of the recall process and I think there are other ways to remove folks basically to just vote... to get out and vote.”

An open letter being sent to Arvada residents from 16 current and former federal, state and local lawmakers is also denouncing the recalls.

Petitioners have until the last week of August to gather and turn in signatures. If they gather enough valid signatures, the recall effort will be headed to the voters.