Moose attacks 69-year-old man near Nederland; CPW says it will take no action 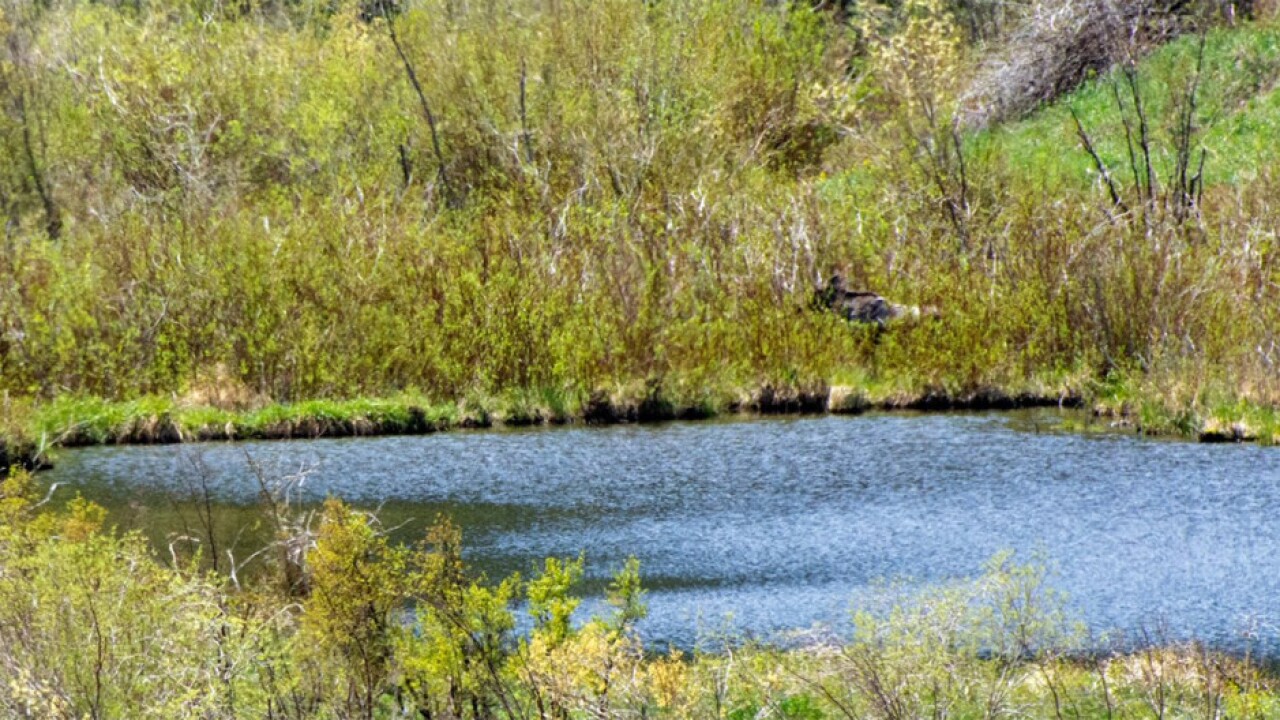 A cow moose is seen in the distance eating willows on a ranch outside Nederland. (Photo courtesy: Colorado Parks and Wildlife)

NEDERLAND, Colo. – Colorado Parks and Wildlife officials said they will take no action after a moose attacked a man on a ranch near Nederland Thursday morning.

The 69-year-old man, whose name and condition have not been released, was doing property work near thick willow brush when a cow (female moose) attacked him.

He was taken by ambulance to Boulder Community Hospital for treatment.

CPW officers surveyed the property and found the cow still in the area. Witnesses also reported seeing her with a calf recently, “likely prompting the defensive and aggressive behavior,” said Jason Clay, a spokesman for the agency’s northeast region.

He said no action will be taken against the moose because the attack occurred outside of town on private property and because the moose was in its natural habitat. He also cited the cow’s seasonal behavior of being very protective of its young for the attack.

While wildlife officials said the attack did not appear to be instigated by irresponsible behavior, they do want to remind the public to respect wildlife and their space, especially at this time of year.

“…Not only moose, but elk and deer are also having babies right now, and does and cows can be aggressive when their fawns and calves are newborn and very vulnerable to predation,” said Wildlife Manager Kristin Cannon. “They may be aggressive towards people, but especially people with dogs, and especially if those dogs are off leash.”

One way to avoid an unnecessary run-in with a moose, CPW officials said, is to steer clear of thick willow habitat in riparian areas where they are likely to be found eating or resting.