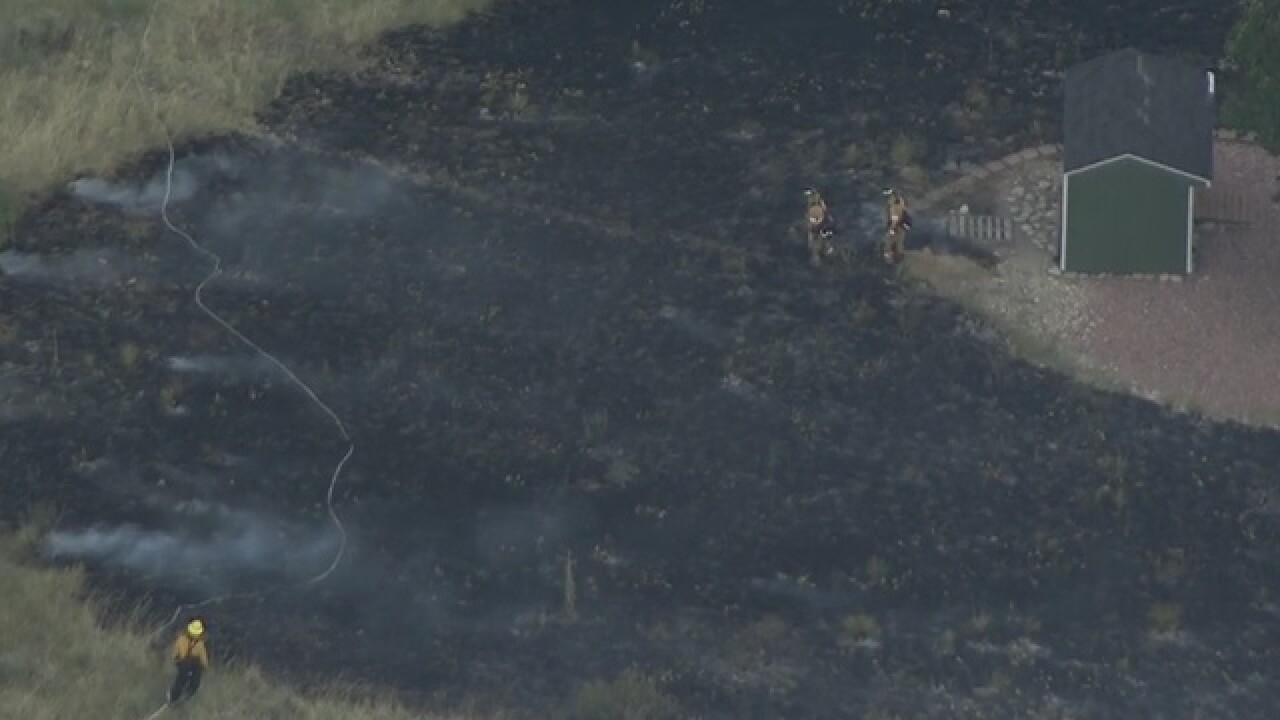 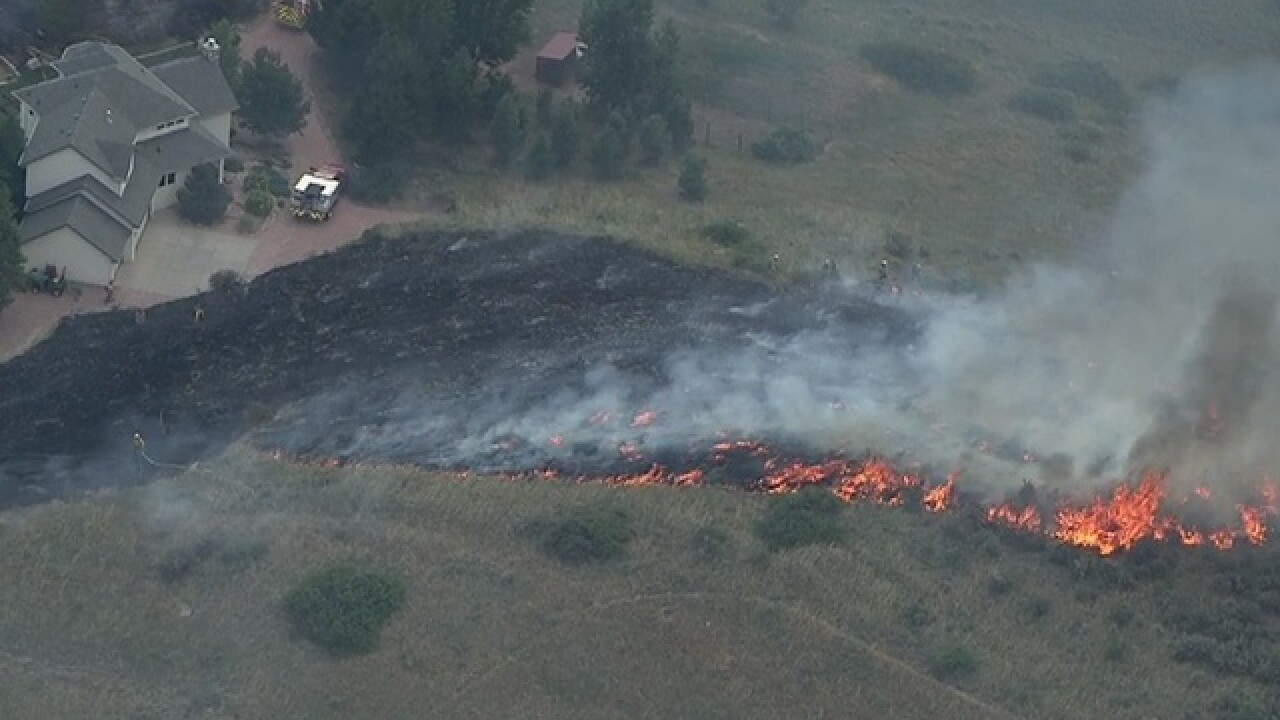 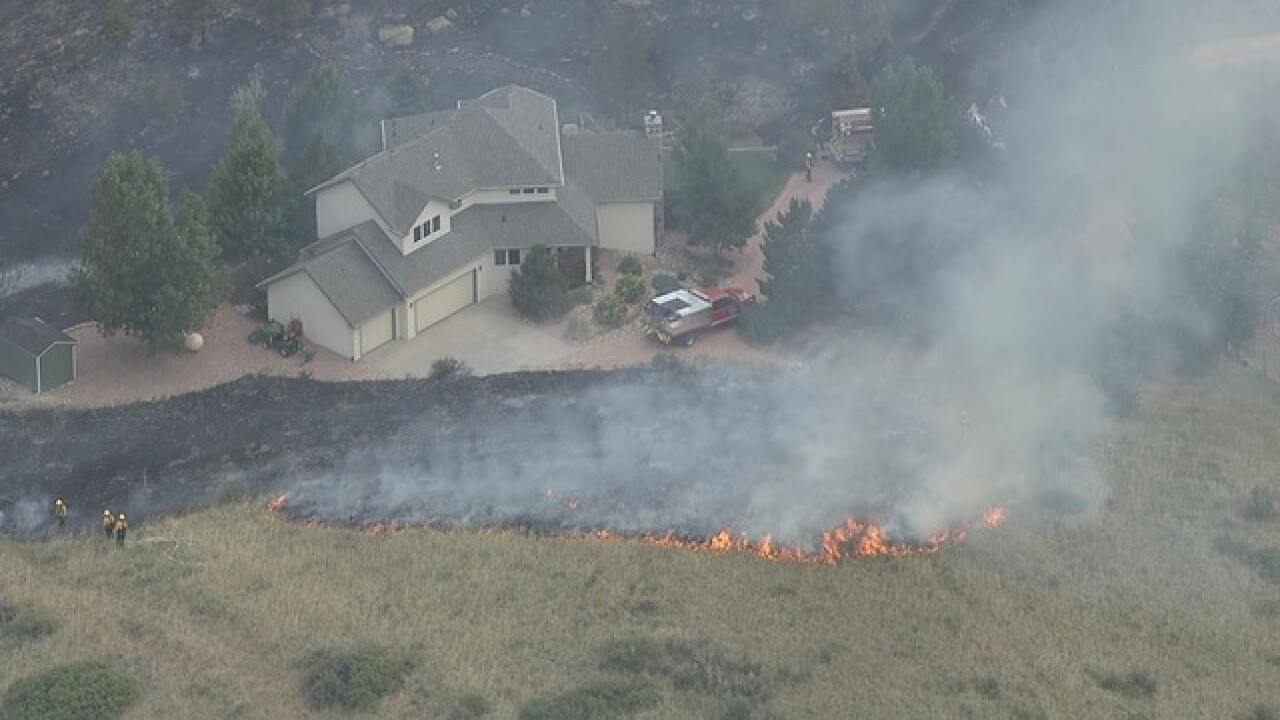 The blaze was 100 percent contained at 6:38 p.m., according to an official with the Berthoud Incident Command. No one was injured and no structures were damaged. Residents were also able to return to the homes, the official said.

Deputies issued a summons to a local resident who was welding a fence when a spark started the grass fire.

The Larimer County Office of Emergency management said the fire burned roughly 30 acres of land near the Sedona Hills subdivision.

Dozens of personnel from a host of Larimer County organizations worked through the evening to put out the flames.

AirTracker7 flew over the scene of the fire and witnessed as several crews were seen on the property of one home, working tirelessly to prevent it from burning down.

Denver 7 viewers submitted photos of the wildfire as they left the area.