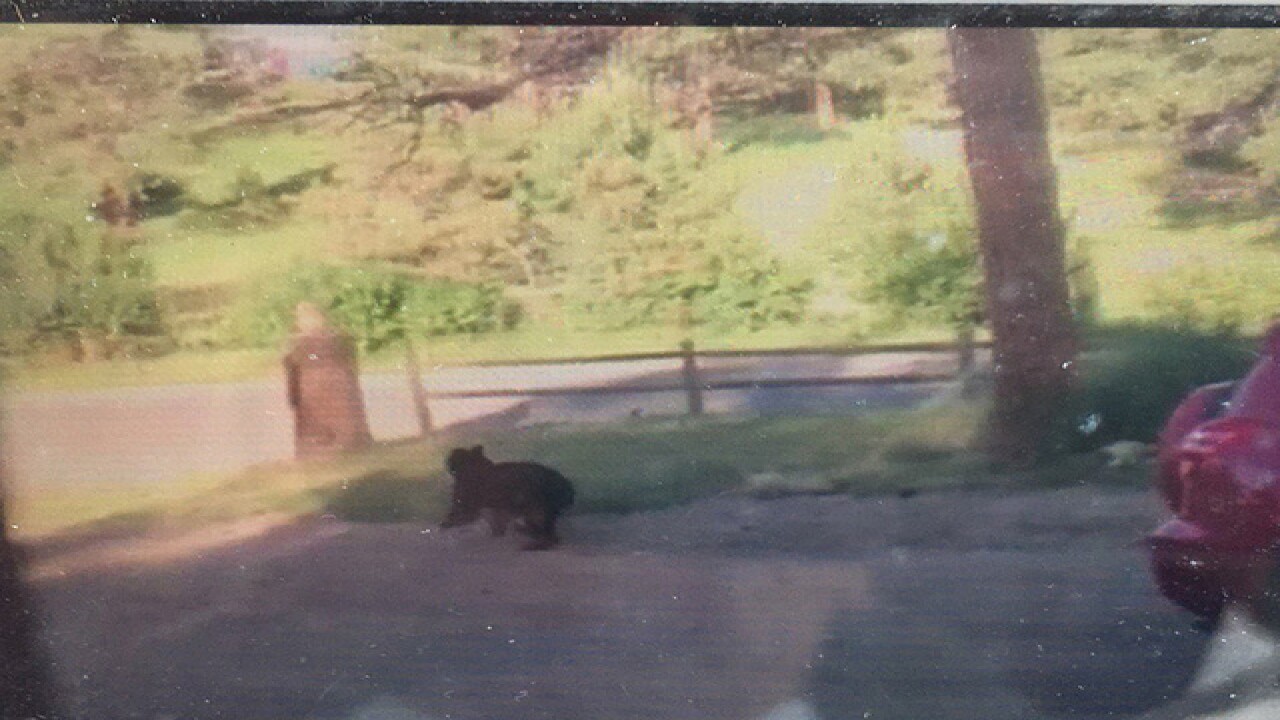 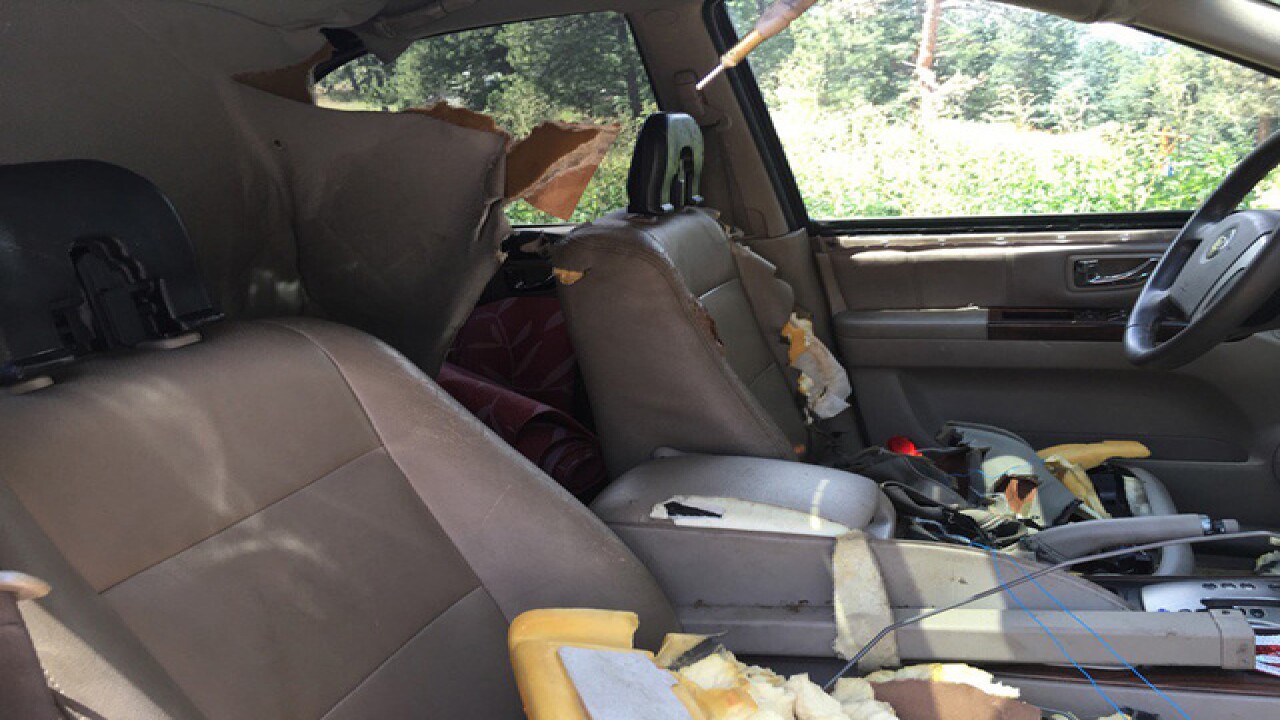 The young Evergreen couple did not lock the doors on either car Wednesday night and when they woke up the next morning, they found a big – little surprise inside their SUV -- a bear cub.

“I was heading out to a church meeting this morning,” David Meurer told Denver7, “and I saw my wife’s car door open.”

He said he walked over, closed the door and then walked to his car.

“I heard a growl and saw my vehicle shaking,” he said. “I realized it was a bear. He was pushing the horn and waking up my neighbor.”

That’s when their neighbor, awaked by the horn honking, came down the hill.

He fetched some pots and pans, asked the Meurers for their car keys then proceeded to unlock and open one of the doors.  He then started banging the pans together.

The bear cub exited the car and ran off into the woods.

Shaylee, a singer, videotaped the bear release and posted the video on her online vlog:

“When I looked inside, I could tell he’d been in there a while, tearing it up,” said Kevin John Henry Miller.

“I was just like, ‘Oh my gosh,’” Shaylee Meurer said. “I couldn’t believe it. I know bears are powerful but I didn’t realize they could do that much damage to where the car isn’t even recognizable.”

David Meurer told Denver7 that he spoke with his insurance agent and was told the damage was covered under their liability policy.

Miller said he believes the cub may have been orphaned. He said he saw a Momma bear in the neighborhood several days ago, but hasn’t seen her since.

He said this is a good reminder to lock your car doors, whether you live in the city or the mountains.