Truth Be Told: Fact-checking a John Hickenlooper ad on the CORE Act 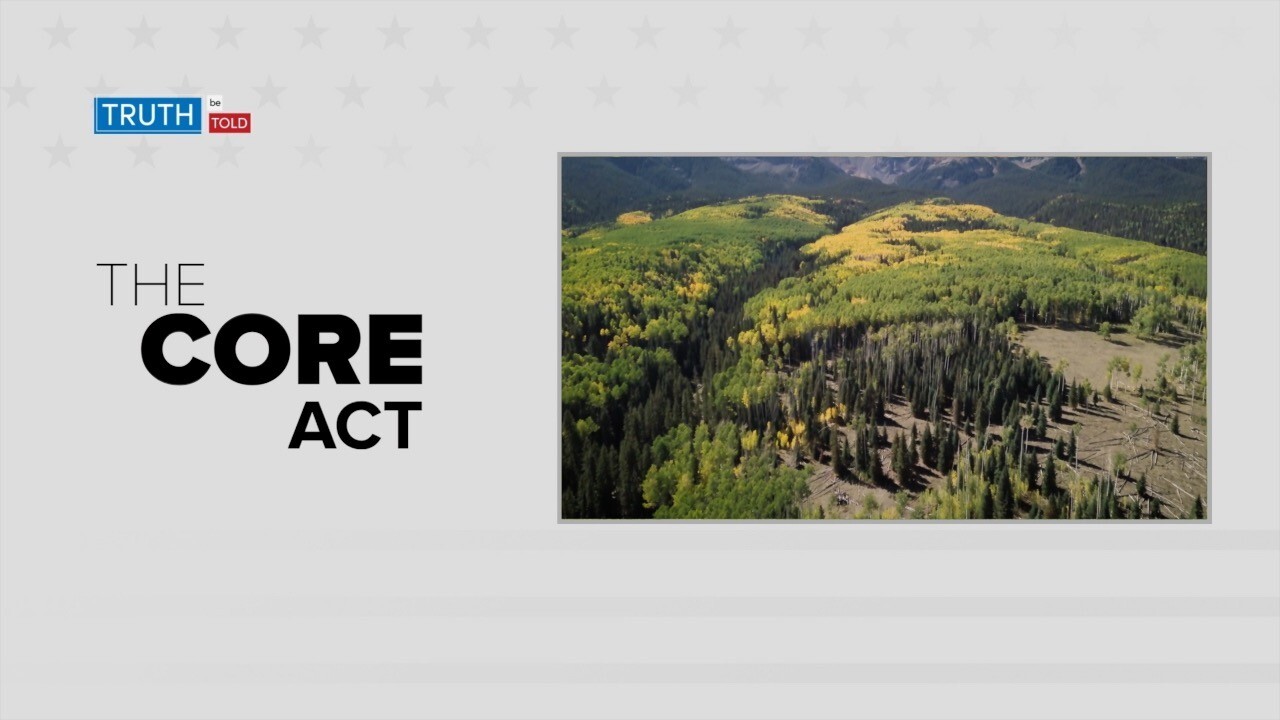 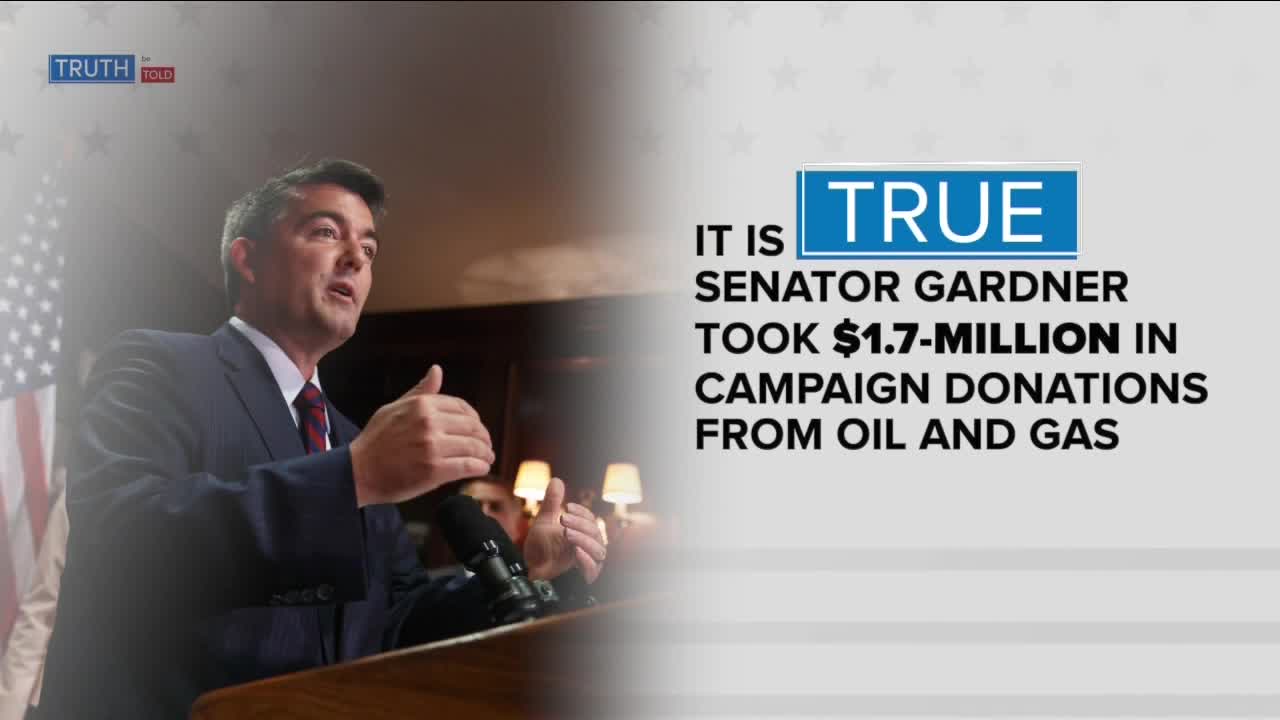 A piece of public lands legislation is the centerpiece of one of John Hickenlooper’s latest political ads, and it accuses Republican Sen. Cory Gardner of holding up the bill.

In a 30-second spot, several Colorado elected officials and business owners tell viewers how the Colorado Outdoor Recreation and Economy (CORE) Act would protect 400,000 acres of public land across the state. But they also say Gardner, Hickenlooper’s opponent for a U.S. Senate seat, is blocking the bill.

“Cory Gardner lied to me. He said he’d never get in the way of the CORE Act,” says Joan May, a former San Miguel County Commissioner.

“And he said he wouldn’t block it, but he has,” adds San Juan Commissioner Pete McKay.

The ad goes on to accuse Gardner of being in the pocket of oil and gas companies and noting Hickenlooper’s support of the CORE Act.

So is this ad accurate?

The Denver7 Truth Be Told team is reviewing political ads both for and against Gardner and Hickenlooper.

For this ad, the answer might be cloaked in politics.

What is the CORE Act?

The CORE Act is legislation that would, as the ad states, protect roughly 400,000 acres of public land and waterways in areas ranging from the San Juan Mountains to the Continental and Thompson divides. Among other things, it would designate a National Historic Landscape at Camp Hale near Leadville, where U.S. soldiers trained to fight in mountainous terrain during World War II.

“It really is a piece of legislation that protects some of the best that Colorado’s public lands has to offer,” said Jim Ramey, Colorado state director for the Wilderness Society, a nonprofit that advocates for the protection of outdoor lands and actively promotes legislation that would do so, including the CORE Act.

The act is a conglomeration of four separate bills that failed to move forward in Congress. They were combined and co-sponsored by Colorado Democrats Sen. Michael Bennet and Rep. Joe Neguse in early 2019.

The House of Representatives passed the bill in October 2019. It was read in the Senate and referred to the Committee on Energy and Natural Resources. It has since sat in committee and has not been brought up for a committee vote. Gardner sits on that committee, which is chaired by Republican Sen. Lisa Murkowski of Alaska. President Donald Trump’s administration has threatened to veto the bill if it is passed.

The House passed the act a second time recently when it was included as part of the National Defense Authorization Act, which likely won’t be voted on until after the November election.

Ramey said it’s common for bills such as the CORE Act to be passed as an amendment to a bigger piece of legislation.

“Typically when these bills pass, it’s a package,” he said.

Is Gardner blocking it?

Gardner has not officially taken a position on the bill and it has not come up for a vote in the Senate committee hearings. It’s not clear if Gardner has tried to thwart the bill by asking Murkowski to keep it off the committee’s agenda. As chair, she decides what is discussed and voted on in each meeting.

Since Republicans are the majority party in the Senate and this bill only impact’s Gardner’s state, Bennet’s staff said Gardner’s support would go a long way in moving this bill forward.

“Senator Bennet has advocated for over a year to get a hearing for the CORE Act in the Senate Energy and Natural Resources Committee,” a spokesperson in Bennet’s office said in a statement. “As a member of the committee, we leave it to Senator Gardner to explain why the CORE Act –– a bill with overwhelming support from Coloradans who want to protect our public lands –– has yet to receive a hearing.”

Shortly before the CORE Act passed the House, the White House announced that if it passed the Senate, advisers would recommend that Trump veto the bill, saying that it would put the Western Slope economy at risk and didn’t include enough local input.

Rep. Scott Tipton, who will leave office at the end of the year after losing a primary election to another Republican, did not support the bill in its current state, despite changes to address some of his concerns prior to the House vote.

As for the belief that Gardner is “deep in the pockets of the oil and gas companies,” the senator has received roughly $1.7 million in campaign donations from the industry, according to OpenSecrets.org. Gardner has touted the recently-passed Great American Outdoors Act in his ads, which funds the Land and Water Conservation Fund through offshore oil and gas revenues.

Gardner has said little about the CORE Act publicly, but did credit Neguse when it was attached to the National Defense Authorization Act, saying “it shows what somebody who is dedicated to passing the bill can make it happen.”

But could Gardner help push through the CORE Act as well? Ramey, whose group has also lobbied Gardner to support the act, hopes he can and that he will.

“We’re really hopeful he will do that and we can pass it this Congress,” he said.