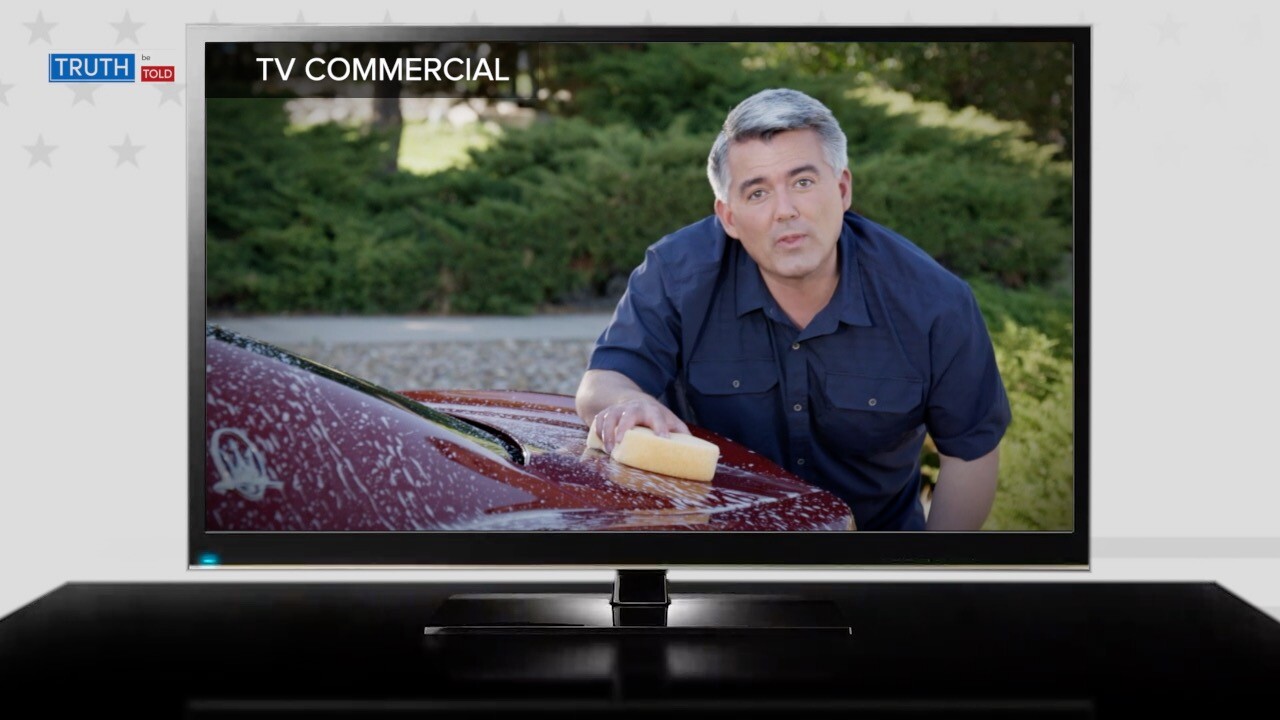 Copyright 2020 Scripps Media, Inc. All rights reserved. This material may not be published, broadcast, rewritten, or redistributed.
Denver7
As Sen. Cory Gardner, R-Colo., washes a red Maserati, he begins one of his latest campaign ads, called "Only One", by telling viewers that only one Colorado governor has been convicted of violating state ethics – a nod at his opponent, John Hickenlooper. But is that true? Not exactly. 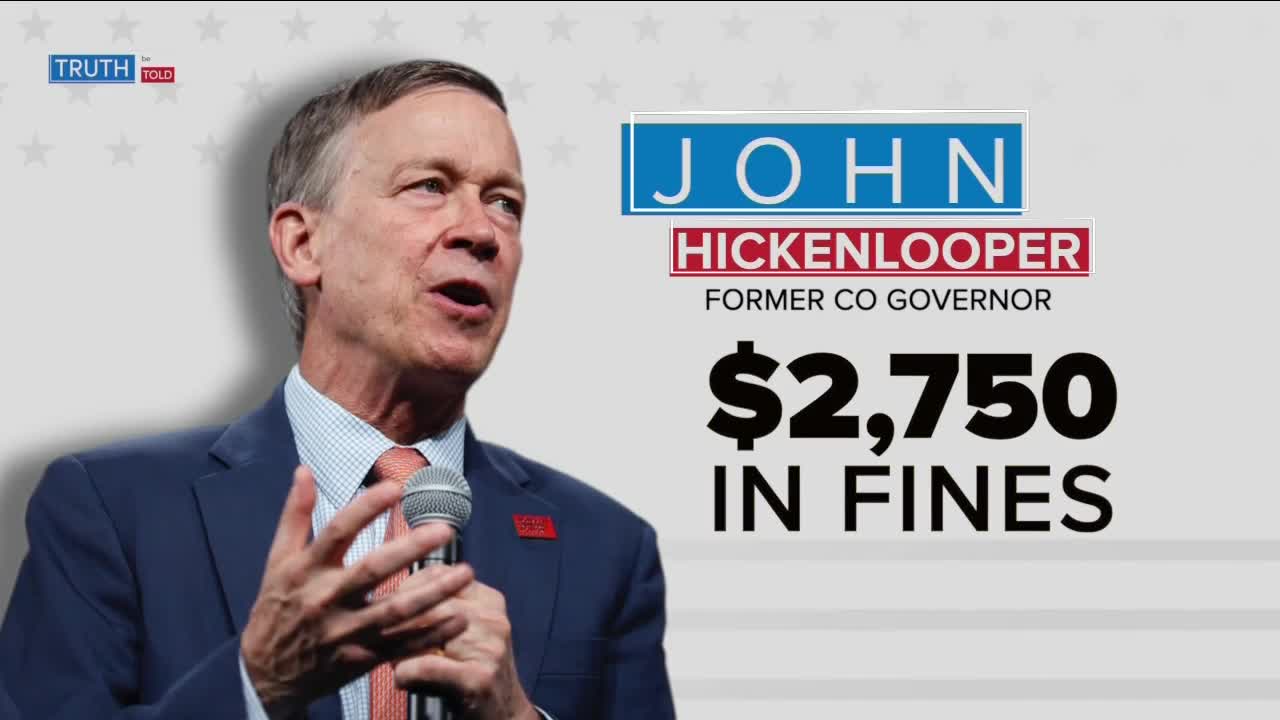 As Sen. Cory Gardner, R-Colo., washes a red Maserati, he begins one of his latest campaign ads, called "Only One", by telling viewers that only one Colorado governor has been convicted of violating state ethics. That would be his opponent, Democratic former Gov. John Hickenlooper.

But is that true?

Not exactly. While it is accurate that the Colorado Independent Ethics Commission found that Hickenlooper violated state ethics law when he accepted a flight on a private jet, some upscale meals and a ride in a Maserati from corporations, he was not convicted of anything because it was not a criminal case. The commission holds civic hearings and does not issue convictions, so that statement is misleading by insinuating the governor was guilty of committing a crime.

The Denver7 “Truth Be Told” team is investigating claims in campaign ads during the 2020 season, both for and against the two Senate candidates. This is the second political ad dissected by the team.

In this particular ad from Gardner, it marked the first time his campaign has directly paid for a spot where the senator is attacking Hickenlooper for his ethics violations. Previously, ads paid for by the campaigns and featuring the two candidates have boasted their own accomplishments and records, rarely mentioning their opponents. Most of the attack ads have been paid for by outside organizations and political action committees, going after Hickenlooper’s ethics violations or Gardner’s voting record and how it aligns with President Donald Trump.

Below, Denver7 investigators will look at some of the claims in this ad so the viewer can decide if it is accurate and fair.

Hickenlooper was fined $2,750 by the ethics commission in June. It is the largest fine the commission has issued in its 13-year history. However, it is not the maximum penalty because there is no maximum penalty. The fines are levied at a rate that is twice the estimated cost of the gifts received, meaning the value of the gifts deemed to be violations were estimated to have cost $1,375. Hickenlooper paid the fine.

As mentioned earlier, Hickenlooper was found to have violated state ethics laws when he took a corporate gift to fly on a private jet to Connecticut for the commissioning of the USS Colorado and when he accepted a limousine ride in a Maserati on a trip to Turin, Italy. However, he did not tour Europe in the car. It was a one-time trip from the hotel to the airport that covered roughly 14 miles.

A recent investigation from CBS4 and the Colorado Sun did find that Hickenlooper took money from corporations and nonprofits to pay for initiatives and some positions in his administration. Significantly, some of that money came from the oil and gas industry and organizations such as Anadarko and Noble Energy. Former Colorado governors Bill Owens and Bill Ritter also took money in this fashion, as has Gov. Jared Polis. Hickenlooper has said that money went toward funding programs such as One Book 4 Colorado, Pedal the Plains and for the Senior Advisor on Aging position, but the report could not verify the claims. But the report did not find evidence of “pay-to-play.”

Claim: Hickenlooper told the media to cover it up
Findings: False

In 2019, Hickenlooper told 9News in an interview that “you guys should be protecting me on stuff like this where there’s no clear… how could there be… what’s the confusion? That I had a private meeting? No, there were no private meetings. That I somehow saved money myself? I wasn’t going to pay for that plane ticket, I saved the state money.”

While not elegantly stated, Hickenlooper is not telling the media to cover up anything. In this case, it appears Hickenlooper is insinuating that an investigation would clear his name.

Justin Ross, a psychologist with UCHealth in Denver, spoke to Denver7 about political ads such as this and noted they are nothing new and can contain inaccurate information. So voters must approach with caution.

“The truth is sort of irrelevant, right? There’s something to be said about false information spreading more rapidly than information that’s factual,” said Ross, referring to political ads across both spectrums. “We can’t just automatically assume that what we’re hearing or seeing is the truth. We need to do our independent research about these issues.”