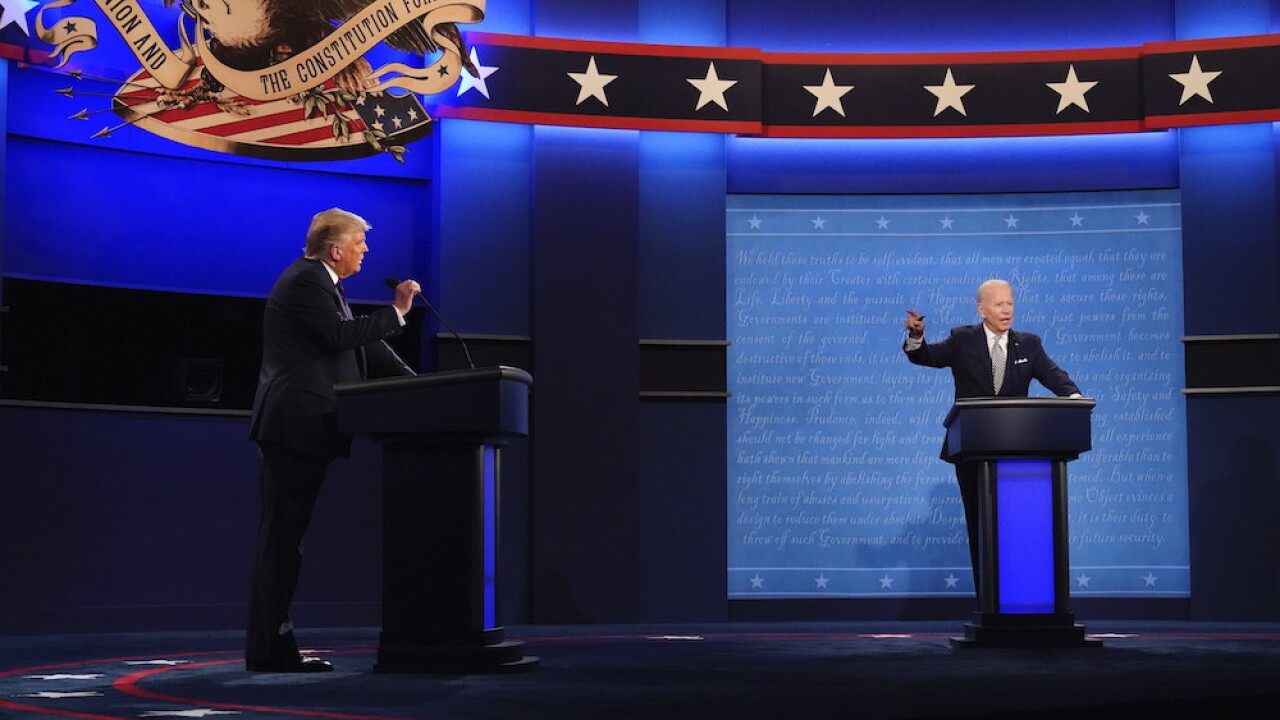 President Trump's campaign manager, Bill Stepien, released the following letter on social media in which he asks the Commission on Presidential Debates to "rethink and reissue a set of topics."

Our letter to the BDC (Biden Debate Commission) pic.twitter.com/ZsY5JfMbT7

The campaign would like to see new topics with an emphasis on foreign policy, which was expected to be a central focus of what would have been the third and final debate between the president and former Vice President Joe Biden.

Stepien argues Americans deserve to know "if a major party candidate for president of the U.S. is compromised by the Communist Party of China."

The letter called the commission's handling of what was supposed to be the second presidential debate "pro-Biden antics" that have "turned the debate season into a fiasco."

Out of a concern for safety, a virtual debate was set for the candidates on Oct. 15. However, President Trump withdrew from the event - one that Stepien says the commission scheduled without consulting their campaign. Instead, both Biden and the president held televised town halls Thursday night.

Stepien asks the commission to reissue a set of topics for the Oct. 22 debate at Belmont University in Nashville. He continues in the letter saying, "this is what the campaigns had agreed to and it has been the tradition in past campaigns...We further advise you that there is no reason to consult with the Biden campaign before replying because we all know what they think."

In a statement released Tuesday morning, the commission responded, saying “no debate in 2020 was ever designated by CPD as devoted to foreign or domestic policy” and that “the choice of topics is left entirely to the journalistic judgment of the moderators.”

Kristen Welker announced her topics for 10/22 on 10/16. We agree with Jason Miller, who said on Fox that Kristen is "a journalist who's very fair in her approach and I think that she'll be a very good choice for this third debate."

This story was first published by Rebekah Hammonds at WTVF in Nashville, Tennessee.