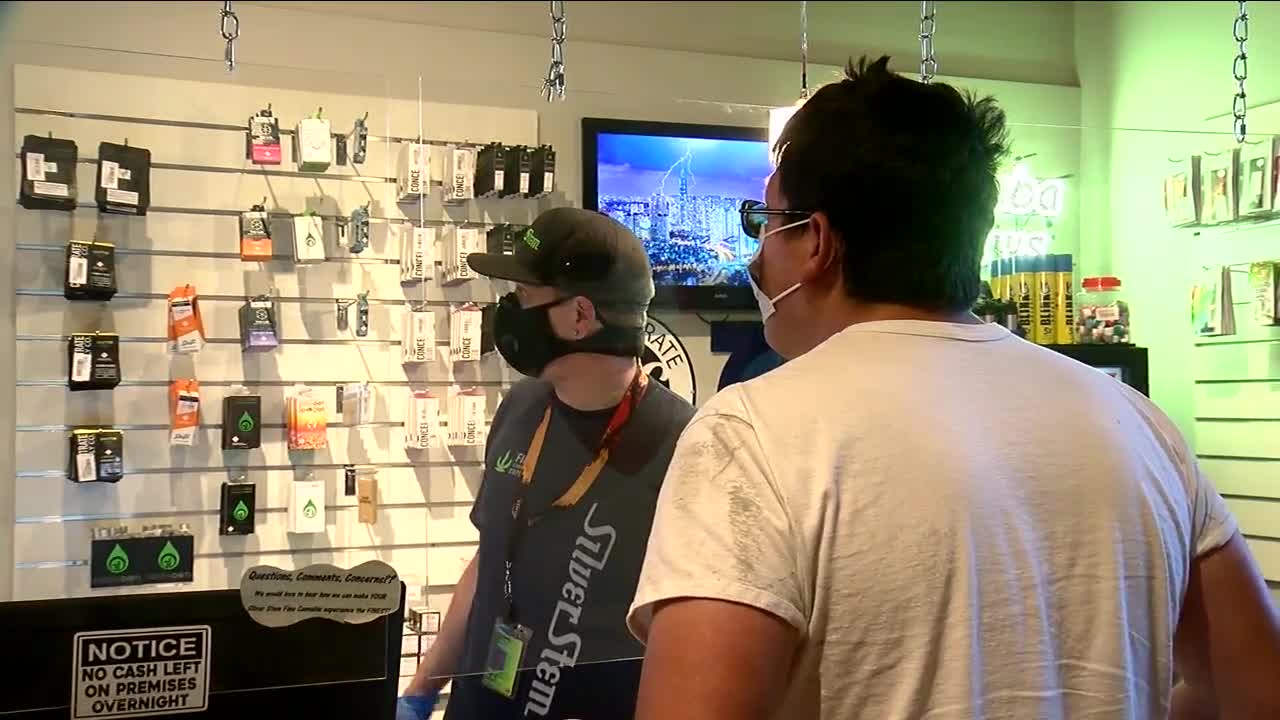 LITTLETON, Colo. — Three localities in Colorado will vote on whether to allow recreational marijuana sales in their jurisdictions in November.

Colorado legalized cannabis in 2012, however, localities have the final say on whether to allow its sale.

For years, Littleton, Lakewood and Buena Vista have allowed medical cannabis to be sold. But the jurisdictions have blocked retail marijuana from being sold.

“Even though Colorado has had it as a legitimate industry for almost seven years now, people driving by and people in the neighborhood that are wanting to stop by are very surprised to find out that we do not sell adult use cannabis,” said Stan Zislis, the co-founder of Silver Stem Fine Cannabis, one of only three medical dispensaries in the city.

Littleton has tight regulations around marijuana from limiting the medical dispensaries’ hours of operation, location, building size and more. Only four dispensaries are allowed to exist within city limits.

Zislis says he turns away between 50 and 100 people from his location per week who don’t know about the prohibition on retail cannabis.

“It’s hard, especially when you’re trying to run a business and make payroll and things of that nature, turning business away is hard, specially when there’s no good reason,” Zislis said.

He believes the ban is outdated since surrounding cities and counties are already selling retail marijuana and he contends that the tax revenue from allowing it will help the city during a difficult time.

A study conducted by supporters of the ballot question analyzed the tax revenues in surrounding areas like Sheridan and Englewood, and estimated that Littleton stands to gain somewhere between $1 and $1.5 million from just the three dispensaries that already exist in the first year alone.

Part of the reason for the major increase in tax revenue is because recreational marijuana is taxed at a higher rate than medical marijuana.

“We already have recreational marijuana here because they bring it back, it’s just that the tax revenue is taking a detour around Littleton and there’s really no reason for it,” Zislis said.

Beyond that, Zislis says Littleton’s marijuana stores haven’t brought in trouble to the area and have proven themselves to be responsible operators over the years. He doesn’t believes adding retail sales will change that.

While Mayor Jerry Valdes agrees that the operators have been good neighbors, he says he doesn’t like the idea of allowing recreational sales within city limits.

“I just don’t want Littleton to become that. The medical marijuana serves a purpose for people who have health issues,” Valdez said. “Recreational is just about getting messed up.”

While Valdes admits the change would bring in more tax revenue for the city, he doesn’t believe it’s worth the change and points out there are other things Colorado does that the city has held out on over the years.

“It’s just a matter of, 'do I think that’s good to have in Littleton?' No. If someone wants to get it, it certainly is assessable and it’s easy to get. I would just rather it not be here in Littleton,” he said. “What this will bring is probably people walking in our street smoking a joint or something.”

Valdes also argues that it’s mainly outside marijuana companies who are pushing Littleton to change.

Even if the ballot questions pass in Littleton, Lakewood and Buena Vista, it will be up to the jurisdictions to figure out how to move forward and whether to allow more dispensaries or set tighter limits.