Gardner in March 2016: "Our next election is too soon and the stakes are too high" 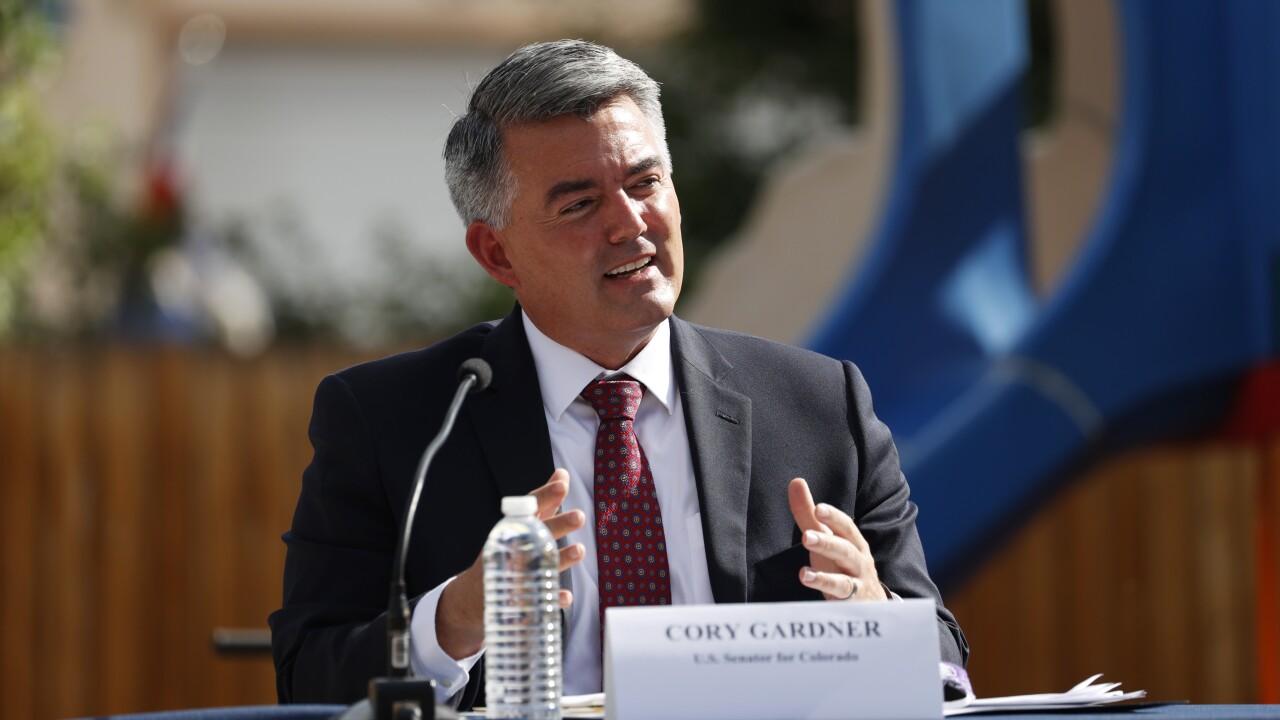 DENVER – U.S. Sen. Cory Gardner, a Yuma Republican, said Monday in a statement that he would vote to confirm a “qualified nominee” to the U.S. Supreme Court at any time, backtracking on comments from 2016 when he said that American voters deserved a say in who the nominee would be because it was an election year.

“When a President exercises constitutional authority to nominate a judge for the Supreme Court vacancy, the Senate must decide how to best fulfill its constitutional duty of advice and consent,” Gardner said in a statement Monday. “I have and will continue to support judicial nominees who will protect our Constitution, not legislate from the bench, and uphold the law. Should a qualified nominee who meets this criteria be put forward, I will vote to confirm.”

There has been immense pressure for the Republican senator to make a statement on what he would decide to do with a potential nominee since Justice Ruth Bader Ginsburg died last Friday, as Senate Majority Leader Mitch McConnell and fellow Republicans blocked hearings and a vote for President Obama’s March 2016 nominee, Merrick Garland, saying at the time that voters should decide the pick in an election year. Justice Antonin Scalia had died in February of that year.

When Garland was nominated by Obama, Gardner said in a statement from his office that the Obama administration “continues to use the judicial and regulatory systems to push through its legislative agenda, shifting the balance of power that our Founders established.”

“That is why the next president of the United States should have the opportunity to fill the vacancy on the Supreme Court. In 1992, even then-Senator Joe Biden stated the Senate should not hold confirmation hearings for a Supreme Court nominee until after that year’s presidential election,” he added at the time. "Our next election is too soon and the stakes are too high; the American people deserve a role in this process as the next Supreme Court Justice will influence the direction of this country for years to come.”

Denver7 asked Gardner’s office on Friday following the announcement of Justice Ginsburg’s death what the senator would do with a potential nomination but did not receive a response until his office sent out a news release Monday. He declined to comment on the nomination to some reporters in Washington D.C. and did not directly address a question about the vacancy at an appearance on the Western Slope this weekend.

“Hours after Donald Trump pressured him to get in line, Cory Gardner dutifully obeyed,” Hickenlooper said in a statement Monday evening. “In 2016, Senator Gardner set a clear standard that the people should have a voice in the selection of the next Supreme Court Justice – but now he broke it to stand with the president at the expense of Colorado, as he’s done 100% of the time.”

McConnell on Friday was quick to say that “President Trump’s nominee will receive a vote on the floor” of the Senate despite his words and actions in 2016 – which has also put other Republican senators up for re-election this year on the hot seat as to how they might move forward with a nomination. Ginsburg reportedly told a family member in recent days that her final wish was that she not be replaced "until a new president is installed," according to NPR.

The challenge for those senators most under voter scrutiny, which include Gardner, involve either falling out of line with Trump and McConnell and Trump’s base in their home state, or changing their tunes from 2016 when they blocked Garland’s nomination while keeping hold of the base.

Sen. Lindsey Graham, R-S.C., received attention all weekend after he went back on comments he made in both 2016 and 2018 and said he would indeed support a Trump nominee ahead of the election.

Sen. Lisa Murkowski, R-Alaska, has said that she would not support a vote on a nominee prior to Election Day but has not said whether she would support voting for a nominee in a potential lame-duck session between November and January should Joe Biden be elected president in November.

Gardner’s statement Monday came after a statement from a spokesperson for fellow Colorado U.S. Sen. Michael Bennet, a Democrat, said Friday he “believes the Senate should not confirm a new Supreme Court justice before the election or during a lame-duck session of Congress.”

Rep. Jason Crow, D-Colo., said over the weekend he had called Gardner and left a voicemail with him regarding the vacancy, The Denver Post reported.

President Trump says he will make the announcement of his nominee later this week.

This is a developing news story that will be updated.