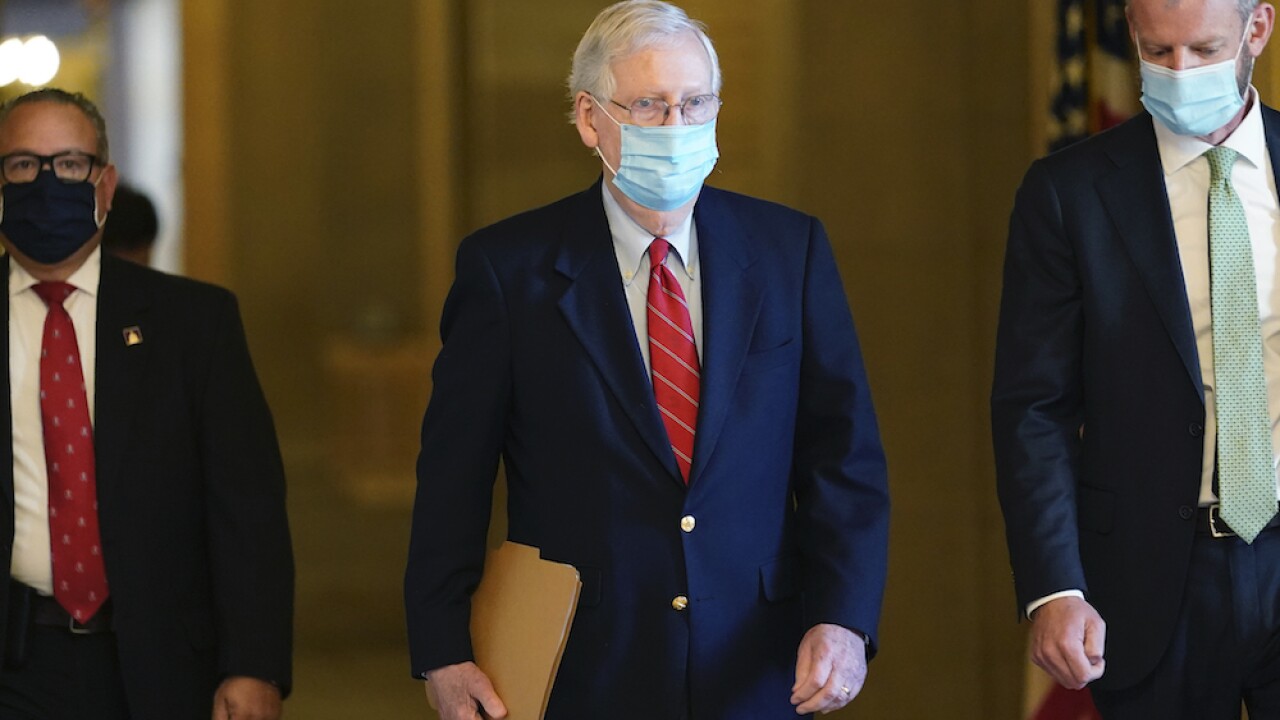 Senate Majority Leader Mitch McConnell said Monday that he supports President Donald Trump's decision to contest the results of the 2020 presidential election, despite there being little evidence of widespread voter fraud.

In a speech on the Senate floor, McConnell said Trump should be given the right to exhaust his legal options to challenge election results before conceding to Biden.

"We have the system in place to consider concerns, and President Trump is 100% within his rights to look into allegations of irregularities and weigh his legal options," McConnell said.

McConnell's statements Monday signal that top Republican leadership will back the Trump administration's decision to continue to challenge the 2020 electoral process, despite there being little evidence of widespread fraud.

The Trump administration has filed lawsuits in states in which he's projected to lose or which are still too close to call, including Arizona, Michigan and Pennsylvania. While the Trump legal team has scored a few minor victories, they have so far not won a lawsuit that would alter the outcome of the race.

So far, no one in top Republican party leadership has reached across the aisle to congratulate President-elect Joe Biden on projected victory. A handful of U.S. Senators and former President George W. Bush have congratulated Biden, but McConnell and House Minority Leader Kevin McCarthy have backed Trump's legal challenges.

Last week, McConnell said he believed that there would be a peaceful transfer of power should Trump lose the presidency.

Reporters are pressing McConnell to discuss the presidential election/the President’s allegations, but McConnell keeps saying he has already said what he wanted to say.

I asked: if Joe Biden wins, will there be a peaceful transfer of power? He did answer that one. @LEX18News pic.twitter.com/DQ3KTyHeq0