How The Associated Press counts votes and calls races, including for Denver7 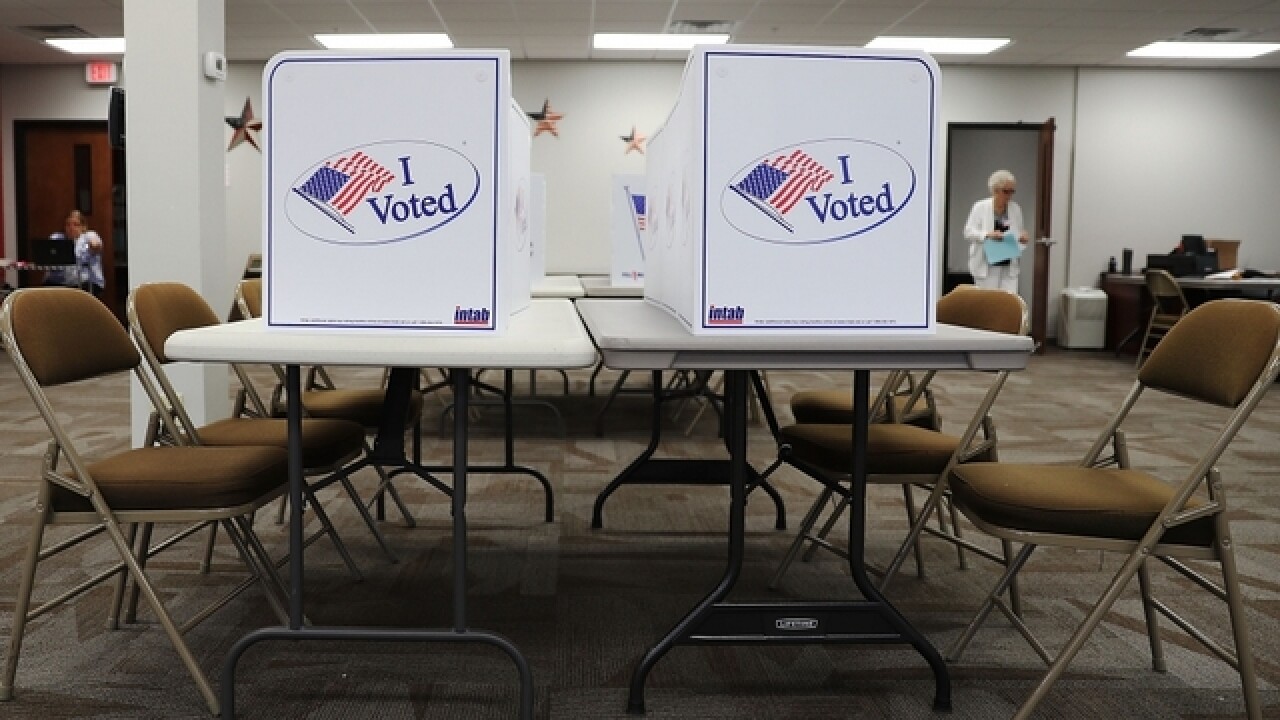 Denver7 and the E.W. Scripps Company, like many American news organizations, rely on The Associated Press to declare winners in races and ballot issues and will do so again for the 2020 General Election. This is how the AP decides winners.

WASHINGTON (AP) — In the 2020 U.S. general election, The Associated Press will declare winners in more than 7,000 races – starting with the White House and reaching down the ballot to every seat in every state legislature.

To do so, AP uses a 50-state network of stringers who collect votes at a local level, while other AP journalists gather results from state or county websites, as well as via electronic data feeds from states.

But how does the AP know when to call a race for a candidate? And more importantly, even, when not to call it? It’s a complex formula that involves looking at the number of votes counted, historical data and AP VoteCast, a wide-ranging survey of the American electorate, among other things.

News organizations have long relied on surveys of voters leaving polling sites on Election Day to gather data on how the country voted. But this approach is no longer the best fit for an electorate that increasingly votes by mail and absentee, before polls even open on Election Day, said David Scott, a deputy managing editor who helps oversee AP’s coverage of elections.

– EXPLAINER: What's 270? The math game behind the US election

– EXPLAINER: A long night, or more, before president is known

– AP Explains: The election result may be delayed. That's OK.

Enter AP VoteCast, which debuted in 2018. Working with NORC at the University of Chicago, AP developed a new system designed specifically to account for the steady rise in votes cast before Election Day.

“This will be the first election in which more than half of voters cast their ballots in advance,” Scott said. “It’s why we took the time and spent the money to develop VoteCast.”

While the coronavirus pandemic has been an unexpected twist, Scott said AP VoteCast’s methodology is well suited for this moment. Research from AP VoteCast will show how many people voted early, among other things, helping AP’s race callers understand how the race is shaping up.

CALLING A RACE AT POLL CLOSE

Not all races are closely contested. In some states, a party or candidate’s past history of consistent and convincing wins – by a wide margin – make a race eligible to be declared as soon as polls close. In these states, AP can use results from AP VoteCast to confirm a candidate has won, Scott said.

“The results from the poll – along with our analysis of early voting and other statistics – confirm our expectation that long-standing political trends in these states will hold,” Scott said.

Still, AP will not call the winner of a race before all the polls close in a jurisdiction.

In closely contested races, there is no substitute for a detailed analysis of the vote count.

Race callers work with analysts who focus on statewide races, and together they study the incoming vote county by county.

In states where the information is available, they look at the ballots and see how many were cast in person on Election Day, or in advance by mail or in person. They also pay close attention to how many have been counted so far, and how many are left. Another important factor: The voting history of areas where votes are still being counted.

All of it is aimed at determining the answer to a single question: Can the trailing candidates catch-up with the leader? Only when the answer is an unquestionable “no” is the race is ready to be called.

WHEN A RACE IS “TOO CLOSE TO CALL”

Beginning in 2019, AP’s Decision Desk started the practice of formally declaring some elections as “too close to call.” That happens when all outstanding ballots save provisional and late-arriving absentee ballots have been counted, and there is no clear winner.

In races where votes are still being tabulated, AP will not declare a race “too close to call” unless it is clear it will proceed to or be subject to a recount. That includes races where completing the vote count may take several days. In such cases, AP will describe a race as “too early to call” — an informal designation that indicates AP does not have enough data to make a race call.

WHAT TO DO WHEN THERE IS A RECOUNT

AP does not declare a winner of an election that will be — or is likely to become — subject to a mandatory recount.

In several states, recounts are mandated if the margin between the top two candidates falls below a certain level. AP will not call a race if the margin is in the recount range — or could end up in that range as final votes are counted.

AP may call the race if the trailing candidate confirms he or she won’t seek a recount, or if the candidate publicly concedes the election.