Highlights from Night 4 of the Democratic National Convention 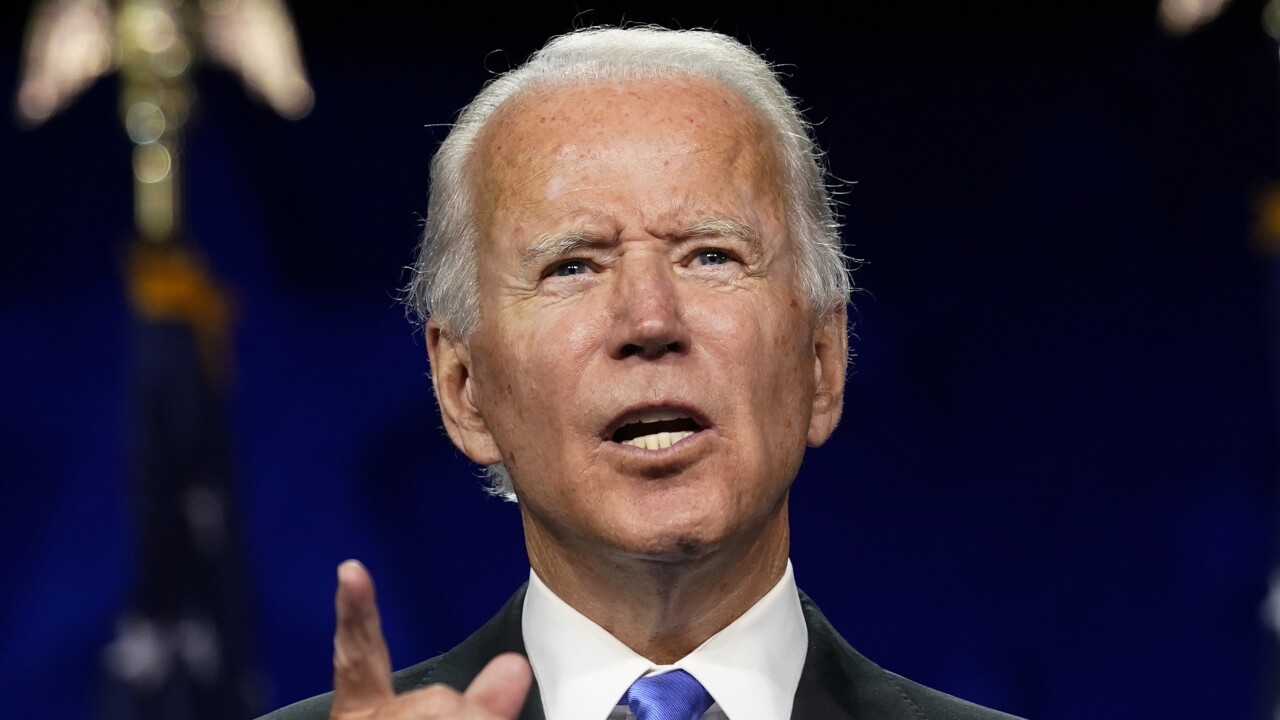 Former Vice President Joe Biden formally accepted the Democratic nomination for president on Thursday from Wilmington, Delaware, on the final night of the 2020 Democratic National Convention.

Biden capped off a four-night pitch to Americans that Democrats have a broad coalition ready to take over the White House.

"But while I will be a Democratic candidate, I will be an American president,” Biden said as he accepted the nomination. “I'll work hard for those who didn't support me, as hard for them as I did for those who did vote for me. That's the job of a president, to represent all of us not just our base or our party. This is not a partisan moment. This must be an American moment."

In making his case for the presidency, Biden called the 2020 election a “life-changing election.”

This will determine what America is going to look like for a long, long time," Biden said. "Character is on the ballot. Compassion is on a ballot. Decency. Science. Democracy. They're all on the ballot, who we are as a nation, what we stand for, most importantly, who we want to be, that's all on the ballot."

The sights of this year’s convention stood in stark contrast from past conventions. There was no balloon drop. Delegates remained home.

Instead, moments after Biden finished his speech to a largely empty room, he and running mate Kamala Harris stepped outside, wearing masks, to a crowd of people in their vehicles who watched the speech like it was a drive-in movie.

Seinfeld actress Julia Louis-Dreyfus emceed Thursday’s portion of the convention, and attempted to add more comedy than most convention viewers are accustomed to.

Her jokes often were pointed at the expense of President Donald Trump. Trump in the past has not reacted well to jokes at his expense, once threatening to sue “Saturday Night Live” for a skit featuring a parody of him.

A few of the jokes Louis-Dreyfus told throughout the evening:

"Joe Biden not only knows how to read, but also he reads everything"

“30330 (a number to text the Biden campaign to offer support). That would be the president's golf score if he didn't cheat. OK, look. I'll admit that was a little nasty. But we all know he's a cheater. And I'm proud to be a nasty, nasty woman."

"Just remember. Joe Biden goes to church so regularly that he doesn't even need tear gas and a bunch of federalized troops to help him get there."

Atlanta Mayor Keisha Lance Bottoms, who was reportedly considered to be Biden’s running mate, stressed the importance of voting after civil rights leaders like Lewis marched for that right.

“We have cried out for justice, we have gathered in our streets to demand change, and now, we must pass on the gift John Lewis sacrificed to give us, we must register and we must vote,” Lance Bottoms said.

While President Donald Trump sent several all caps tweets on Wednesday in response to the convention, the president had not tweeted anything about the DNC as of when the convention ended. He did, however, send a single tweet as Biden wrapped up.

"In 47 years, Joe did none of the things of which he now speaks. He will never change, just words," he said.

Trump will get his turn at the microphone next week as the Republicans hold their convention starting Monday.