'No evidence' voting systems were compromised 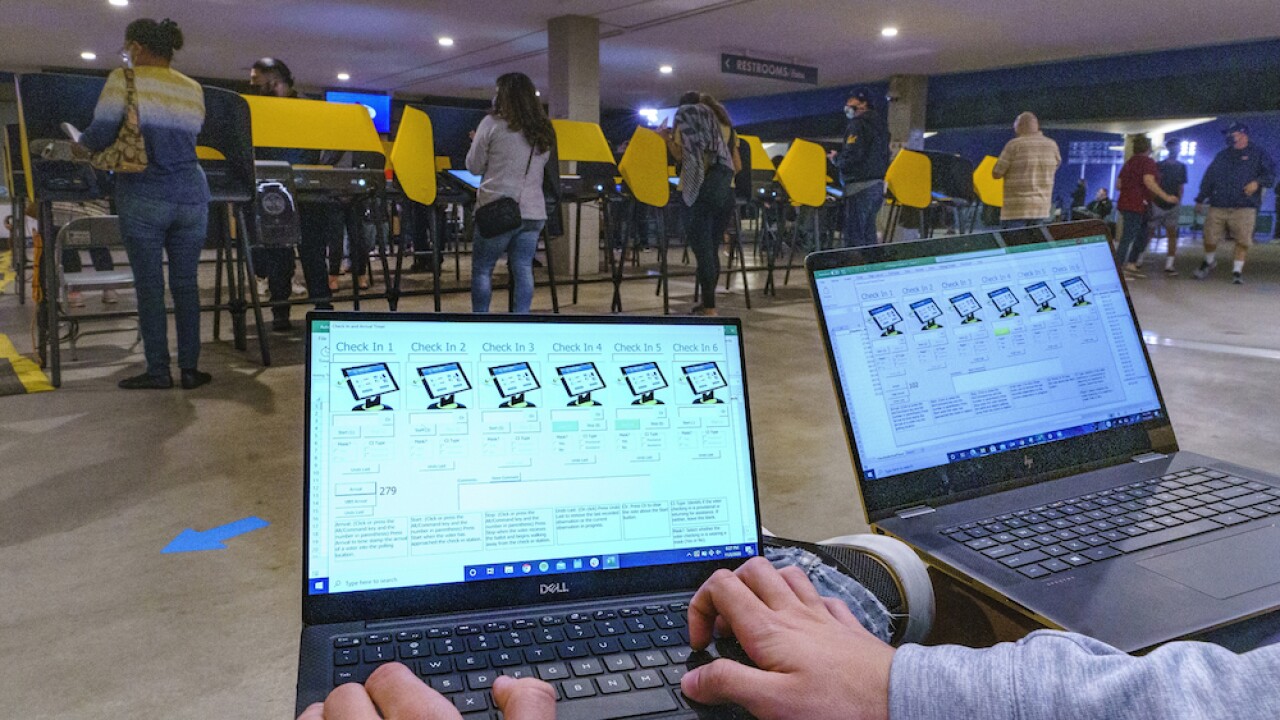 Copyright 2020 The Associated Press. All rights reserved
Damian Dovarganes/AP
University of Rhode Island researchers with the URI VOTES (Voter OperaTions and Election Systems) project, manually input anonymous voters queuing times, as voters casts their ballot in-person at the Top of the Park at Dodger Stadium in Los Angeles, Monday, Nov. 2, 2020. Turnout has been heavy during the early voting period as Californians cast ballots for president, the state Legislature, local offices and on a dozen statewide propositions. By Monday, more than 11 million people had already returned their ballots. (AP Photo/Damian Dovarganes)

In a joint press release on Thursday, a group of Trump administration officials called the 2020 election "the most secure in American history," directly contradicting the president.

In their statement, the members of the Election Infrastructure Government Coordinating Council (GCC) Executive Committee added that "there is no evidence that any voting system deleted or lost votes, changed votes, or was in any way compromised."

“While we know there are many unfounded claims and opportunities for misinformation about the process of our elections, we can assure you we have the utmost confidence in the security and integrity of our elections, and you should too," the statement reads, in part. "When you have questions, turn to elections officials as trusted voices as they administer elections.”

The statement added that all states that use computerized voting systems also have paper records of each vote, meaning states can further verify results if needed.

Ten members of the GCC signed the statement.

The press release was issued by the Cybersecurity & Infrastructure Security Agency, an agency within the Department of Homeland Security. The GCC is a coalition of federal government agencies, as well as state election offices and secretaries of state with the goal of providing security and "resilience strategies" for elections of all levels across the country.

Their statement directly contradicts claims made by President Donald Trump, who has not yet conceded to President-elect Joe Biden. Trump has claimed without evidence that the 2020 presidential election was beset by widespread voter fraud.

The Trump campaign has filed several lawsuits in key battleground states to contest the results of the election, but the suits have not yet fundamentally altered the state of the race.