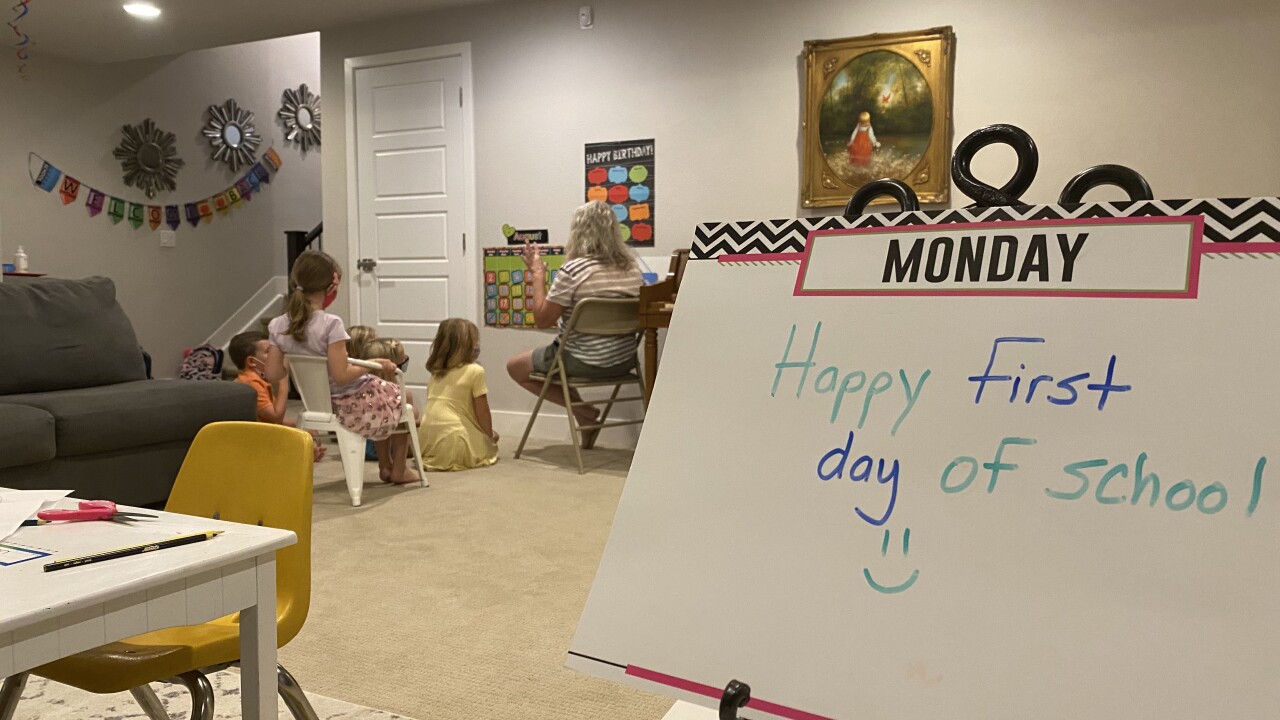 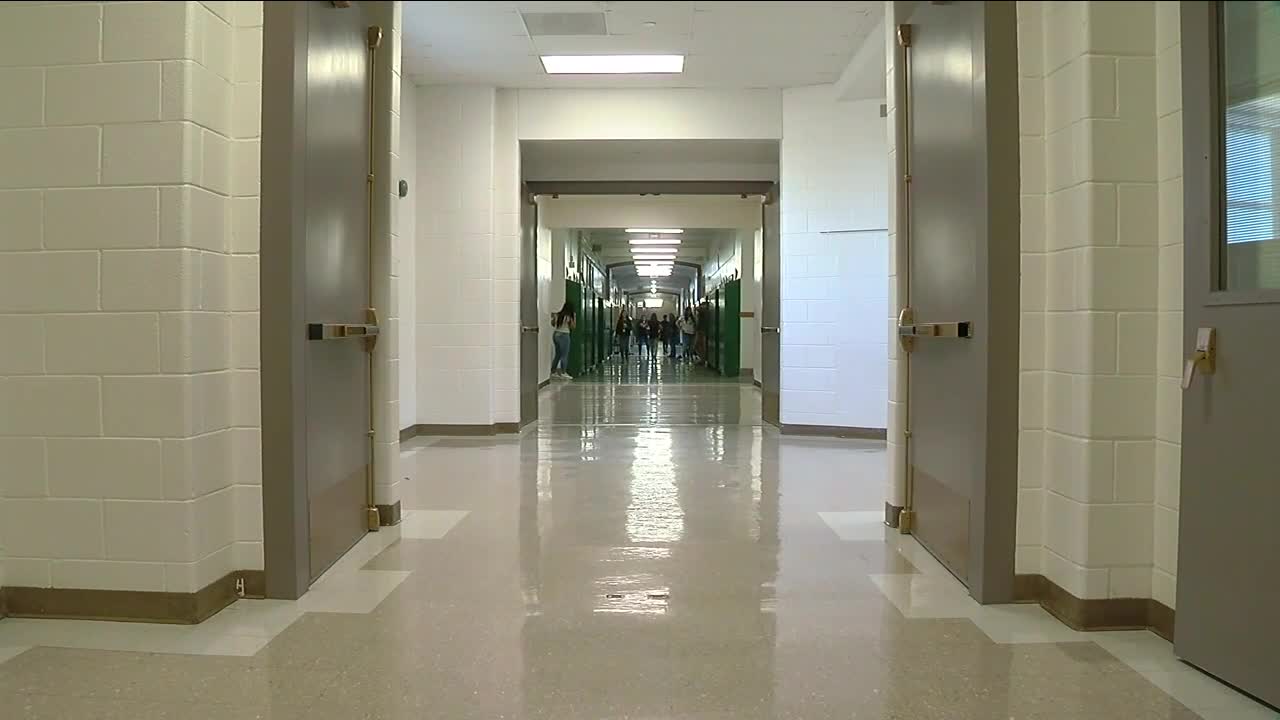 DENVER — Denver voters will have a chance in November to weigh in on the future of funding for Denver Public Schools.

There are two DPS measures on the ballot that would provide more money for the district to be able to increase pay and work on new construction projects.

Measure 4A is a $32 million mill levy override that would increase property taxes for voters. Taxes would go up in the first year by 1.5 mills, which would equate to a roughly $51 per year tax increase for a home worth $465,000 in the district.

That money would go to hiring and retaining more school nurses, increasing mental health resources for students, more special education support, pay raises for DPS workers who are making minimum wage and a cost of living adjustment for teachers.

“Right now, we are at about $13.50 per hour as roughly our minimum wage. This will get us up to just north of $15.77 an hour for our minimum wage,” said Mark Ferrandino, the deputy superintendent of operations for Denver Public Schools.

As an employee of the district, Ferrandino is not allowed to take a position on the ballot measures.

Measure 4B, meanwhile, is a $795 million bond that the district would use to finance construction and repair projects across the district.

One of the major projects the bond promises is to add more air-conditioning to 24 of the district’s schools.

“This bond is able to go because we have debt rolling off and assessed value going up that we’re doing without raising taxes, that they balance both of the needs of a new schools repairs with the needs of air-conditioning and other needs,” Ferrandino said.

Another roughly $130 million will go to the school campus in Montbello to either renovate the current buildings or construct a new campus.

The arguments for the DPS measures

Supporters of 4A and 4B say these measures will help Denver students and teachers.

“I think the bottom line is we just don’t have enough money in public education and anything we can do to get more money into that is going to be helpful,” said Tiffany Choi, the president of the Denver Classroom Teachers Association.

Choi worked on the committee to come up with the mill levy override proposal for voters. She says for years education has been chronically underfunded in the state and measures like this can help close the financial gap a bit.

“Whenever you look at the budget, you’re looking at a values document. Unfortunately, at the state level we have tried many, many times to increase revenue coming in the schools and they keep failing,” Choi said.

Ferrandino says the bond will be used to help deal with some of the repairs within schools before they become even more expensive, pointing out that many of the buildings are older and require continual maintenance.

DPS would focus some of the money on buying land for a new school in the far northeast Gateway neighborhood where more residential construction is happening. The district anticipated that a campus will be needed there for students within the next several years.

Some of the bond money would also be used to upgrade technology systems, which would help with things like home computer and internet access. Ferrandino says the COVID-19 pandemic has highlighted a need for these upgrades as students learn virtually.

Beyond that, bond money would be used to buy new equipment, expand classroom space, build new playgrounds and construct new science labs, among other things.

Something Choi doesn’t believe many voters know is that not all schools within the district have a nurse available five days a week. This money would help provide more nursing staff for schools.

COVID-19 and the recession has also caused the state to make deep cuts to schools. The money provided through the federal CARES Act can only go to COVID-19 response within schools.

Choi and supporters of 4A and 4B worry about the state budget situation next year. She also points out that some of the lowest wage workers who would benefit from the mill levy override are the janitorial staff who clean the schools to keep students and staff safe.

“The lowest wage workers in DPS would be getting an increase, which they desperately need. Also, an increase to mental health services and, as we know mental health is a huge priority, especially now,” she said.

She’s asking people in Denver to vote yes on 4A and 4B and to support the educational needs of students by helping with the financial needs of the district.

“What we do know is that Denver supports our educators and our education system. This is a way to show that you really do value education and that we do want our students to have the best educational experience that they can have,” Choi said.

The arguments against the DPS measures

While there is no opposition laid out in the guide provided to Denver voters, that doesn’t mean the measures are without their critics.

Bernard Douthit is a community activist whose children graduated from DPS schools. In the past, he had voted for every bond measure that the district put forward on previous ballots.

This time around, however, he’s going to be voting against both measures.

“There just comes a point when you have to say 'no,'” Douthit said. “I think DPS needs to take a closer look at its long-term cost structure.”

Douthit, who graduated from MIT and considers himself a numbers guy, says he’s been looking at the financing behind the measures and he doesn’t think the numbers add up.

For one thing, Douthit says while property tax revenue has gone up for the district, student enrollment has not increased by as much so the district is earning more locally per pupil even with inflation.

Beyond that, he points out that much of the money spent in supporting a yes on 4A and 4B campaign has come from builders, construction companies, architects and education reform advocates.

On the Colorado Secretary of State’s website, for instance, a group called Education Reform Now Advocacy, Inc. out of New York has contributed $50,000 to the committee in support of the bond measures, known as Denver Commits to Kids.

“Maybe these people are interested in better education for Denver, I’m sure they are. But, they are also not putting close to $100,000 into a campaign out of kindness. I think they are doing it out of self-interest,” Douthit said.

He wants to see more transparency within DPS about the financing before voting for another bond for the district.

Former DPS teacher Julie Bañuelos is also opposed to both measures. While she knows taxpayers in Denver have been generous in the past when it comes to funding the educational needs of the district, she believes there are cuts that need to be made first within DPS before any new bond or mill levy is approved.

Bañuelos left the district in 2016 after more than a decade of service because she says she was frustrated with the culture. She unsuccessfully ran for a school board position in the past as well.

One of her major concerns with the promises is the fact that even after the upgrades, there will still be more than 20 schools that will not have had their HVAC systems upgraded.

She also doesn’t agree with the portion of the bond dealing with the Montbello campus, saying this is something that has been promised for years and that the district has kicked the can down the road.

She believes the district needs to take a closer look at its administrative costs and cut there first before asking for more money. It’s an idea Choi doesn’t entirely disagree with.

“There are probably some positions in central office that we can look at to see if they are efficient and to see if they’re necessary,” Choi said.

However, Choi and Ferrandino say the projects that are promised in this bond will be closely overlooked by a bond oversight committee and that any changes will need to be reviewed and approved by it. It’s something the district has had for previous bonds.

Still, Bañuelos is dubious of the prospect of giving more money to the district and asks voters to do some research before casting their ballot.

In previous elections, Denver voters have been willing to allow DPS to take on major bond projects and increase taxes in order to finance the district’s educational needs.

It will be up to voters once again to weigh in on both measures and the future finances of the school district in November.