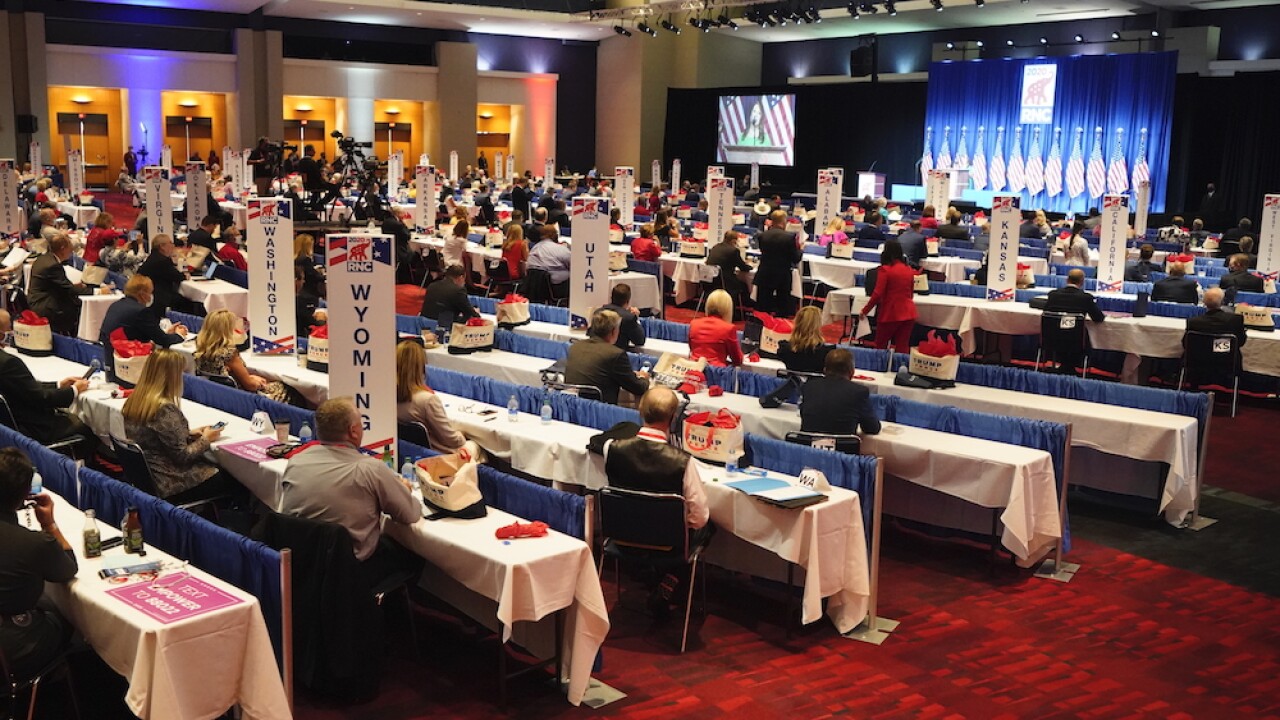 Four people in attendance at Republican National Convention events in Charlotte this week have tested positive for COVID-19, according to officials in Mecklenburg County, North Carolina.

In its daily release of COVID-19 data, the county said that two attendees and two support staff members tested positive for the virus. The four people were "immediately issued isolation instructions," and those who had contact with those infected were also told to isolate.

About 800 people in town for the RNC were tested for COVID-19, the country reported.

While most of the convention was held virtually this year, Charlotte did host a few RNC events in the city this week. The roll call vote was centered in Charlotte, with some delegates submitting their votes virtually. Both President Donald Trump and Vice President Mike Pence gave speeches Monday in front of about 300 delegates at the Charlotte Convention Center.

North Carolina has mandated that masks be worn in indoor public spaces, and RNC leaders agreed to enforce the mandate at the convention. However, county health officials reported to the Charlotte Observer that some in attendance were not wearing masks.

President Donald Trump delivered his convention speech in front of about 1,000 supporters on the White House lawn on Thursday. Most of those in attendance were not wearing a mask. Politico reports that while those who interacted with President Donald Trump on Thursday were tested for COVID-19 prior to the event, most of those in attendance in the audience were not tested.

Mecklenburg County has had more than 24,000 confirmed cases of COVID-19 since the pandemic began.