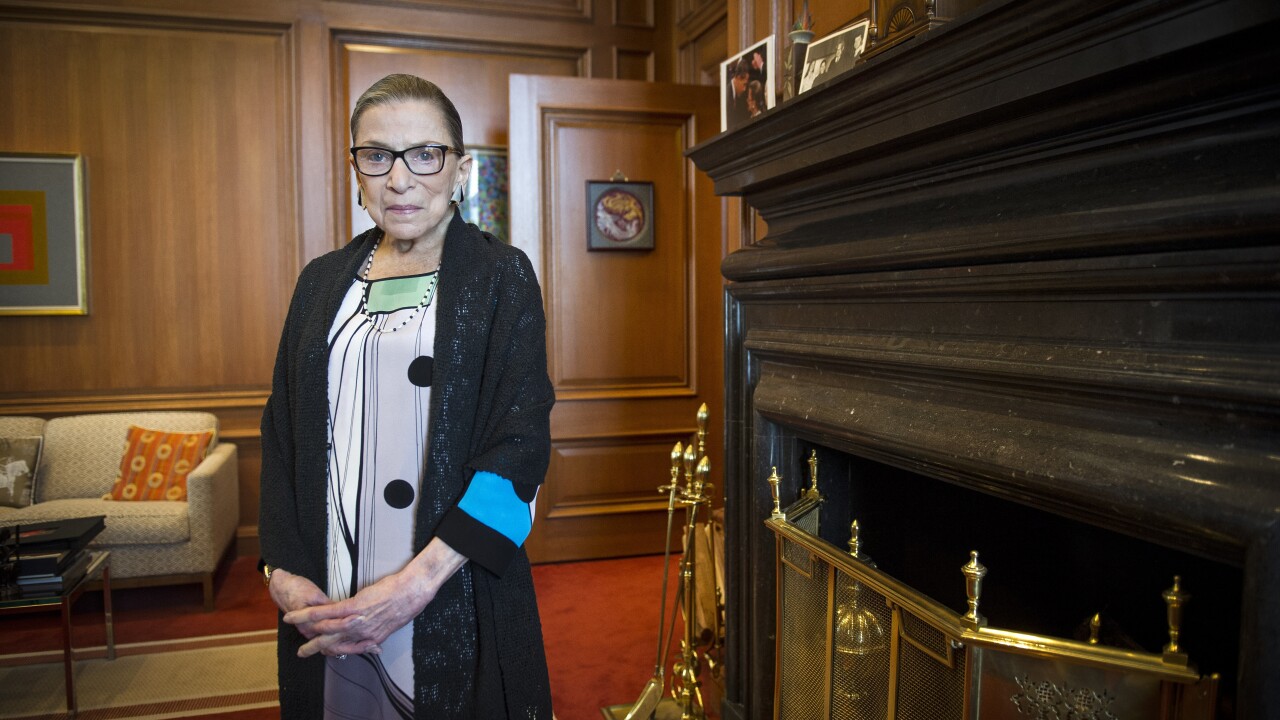 (Copyright 2020 The Associated Press. All rights reserved. This material may not be published, broadcast, rewritten or redistributed.)
Cliff Owen/AP
FILE - In this July 31, 2014, file photo, Associate Justice Ruth Bader Ginsburg is seen in her chambers in at the Supreme Court in Washington. The Supreme Court says Ginsburg has died of metastatic pancreatic cancer at age 87. (AP Photo/Cliff Owen, File) 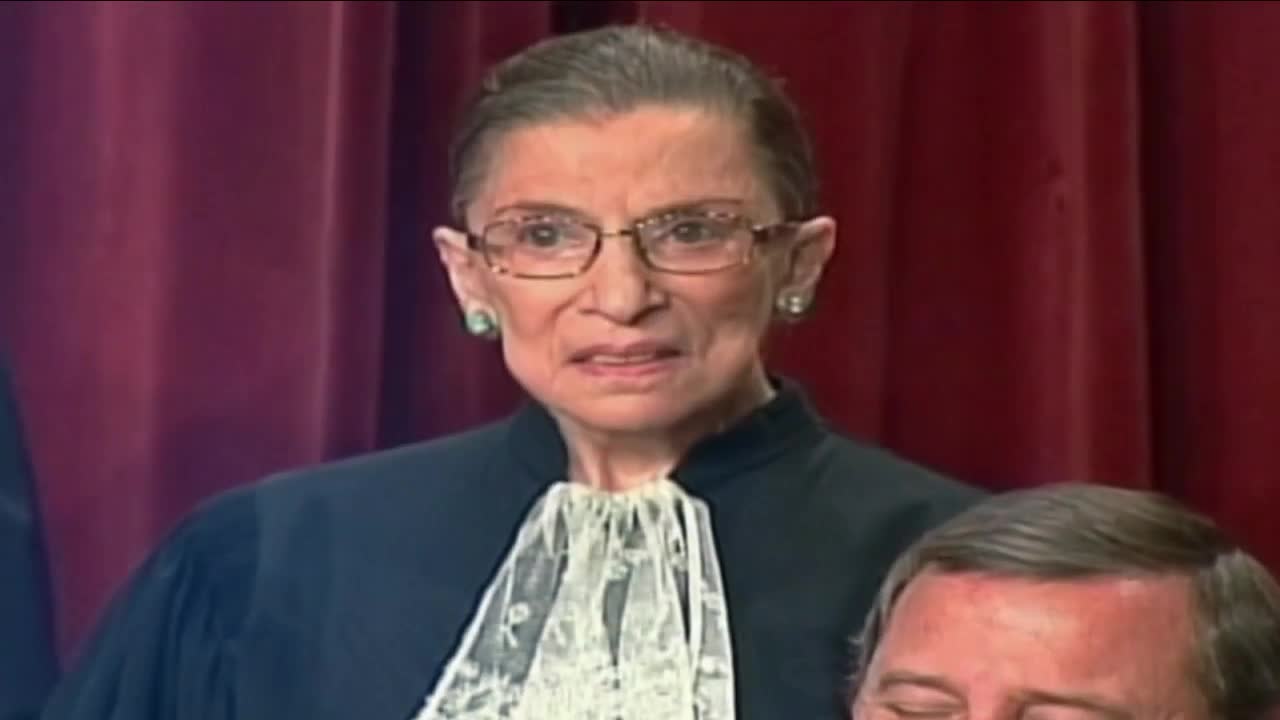 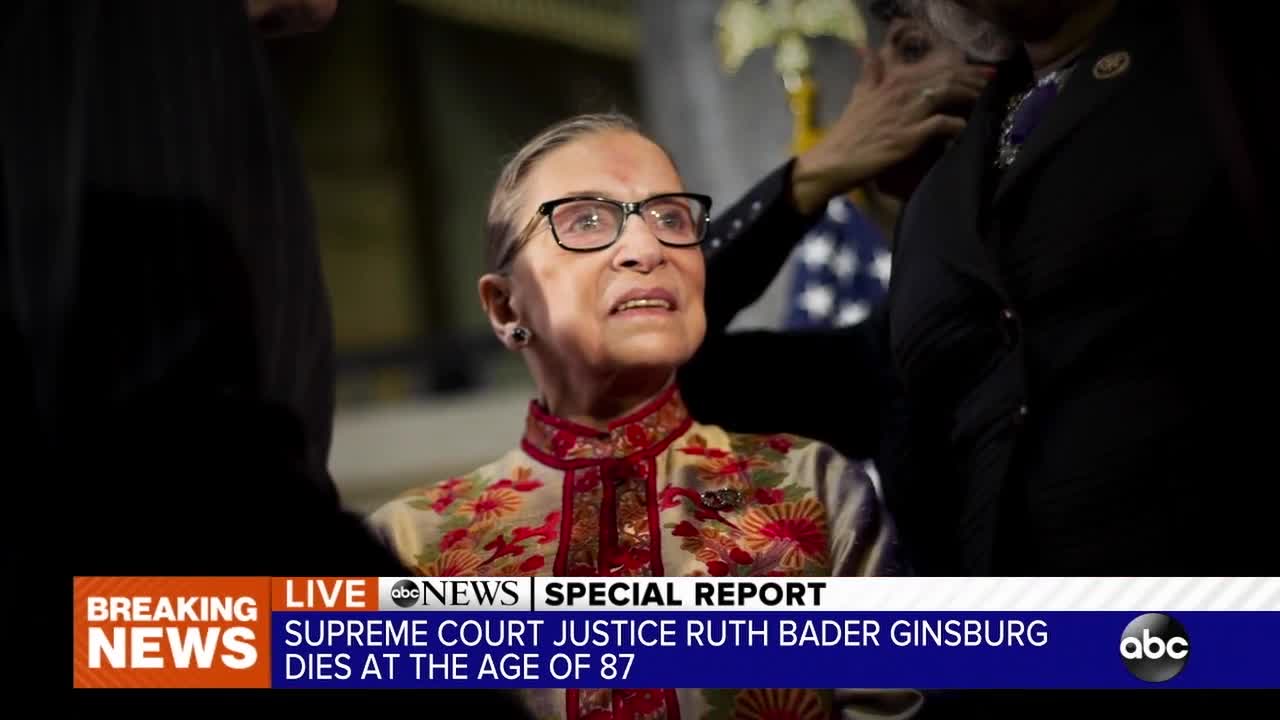 DENVER – The death of U.S. Supreme Court Justice Ruth Bader Ginsburg Friday was met with widespread sorrow and praise for her legacy that went even beyond the court system by Colorado political leaders – including those who will vote on her replacement.

But the primary question was when such a vote might happen, as Senate Majority Leader Mitch McConnell, R-Ky., was quick to say Friday that “President Trump’s nominee will receive a vote on the floor” of the U.S. Senate despite the fact that he for months blocked hearings after Merrick Garland was nominated by President Obama in March 2016 following the death of Antonin Scalia.

Both of Colorado’s U.S. senators mourned the loss of the 87-year-old justice Friday evening.

“It is with a solemn heart that I pray for the family of Justice Ruth Bader Ginsburg,” Sen. Cory Gardner, R-Colo., said in a statement. “Thank you for your service to our country and our nation’s highest court. Our nation mourns the loss of a trailblazing leader.”

“Few Americans have done as much as Ruth Bader Ginsburg to pull America closer to its ideals,” said Sen. Michael Bennet, D-Colo., in a statement. “Her tenacity, brilliance, and moral compass will be deeply missed, especially at this fraught moment. My thoughts are with her family and loved ones.”

Gardner, who is up for re-election in November and faces Democratic former Gov. John Hickenlooper in the General Election, will now be under even further scrutiny as he decides whether to move forward with the president’s nominee, hearings and a floor vote either prior to the election or in a potential lame-duck session between November and January should Democrat Joe Biden defeat President Trump in November.

But the vacancy creates conundrums of sorts for both senators after their comments in 2016.

In 2016, when Scalia died, Gardner told a Denver radio host that Scalia’s successor “ought to be chosen by the American people through the election of the next president,” as reported by The Denver Post.

When Garland was nominated by Obama, Gardner said in a statement from his office that the Obama administration “continues to use the judicial and regulatory systems to push through its legislative agenda, shifting the balance of power that our Founders established.”

“That is why the next president of the United States should have the opportunity to fill the vacancy on the Supreme Court. In 1992, even then-Senator Joe Biden stated the Senate should not hold confirmation hearings for a Supreme Court nominee until after that year’s presidential election,” he added at the time. "Our next election is too soon and the stakes are too high; the American people deserve a role in this process as the next Supreme Court Justice will influence the direction of this country for years to come.”

Bennet in 2016 also said in a speech at the University of Denver that the Senate must act when a vacancy arises and a president nominates a replacement, though Scalia died that February and Garland was nominated in March.

"When a vacancy arises, the President shall nominate a replacement and the Senate shall advise and consent. To me, this means voting on the nominee. That is what the plain language of the Constitution requires, and that is what Presidents and the Senate have done for over two centuries," Bennet said. "Throughout our history, the Senate has confirmed 17 nominees in presidential election years to serve on the Supreme Court. The last of these was Justice Kennedy in 1988."

He added during the speech: "It is telling that unlike almost all our other work, the Senate's consideration of Supreme Court nominees has been remarkably expeditious. On average, the Senate has voted 70 days after the President's nomination. When Justice Scalia died, 342 days remained in this President's term, nearly a full quarter of his final term in office.”

A spokesperson for Bennet’s office told Denver7 Friday evening that Bennet “believes the Senate should not confirm a new Supreme Court justice before the election or during a lame-duck session of Congress.”

A request for comment made to Gardner’s Senate spokesperson asking what he believes should be done with the open seat was not immediately returned Friday evening.

Rep. Diana DeGette, D-Colo., called Ginsburg a hero, saying “her dedication to women’s rights and equality for all was unrivaled.” She also echoed McConnell’s 2016 statements and said the nomination should wait until Trump wins re-election or Biden takes office.

“The American people should have a voice in the selection of their next Supreme Court Justice. Mitch McConnell and the Republican-led Senate must wait until the next administration is sworn into office, whoever that may be, before considering a nominee to replace her,” DeGette said.

A candlelight vigil was being organized by some Democratic state lawmakers for 8 p.m. Friday at the Martin Luther King Jr. statue in Denver’s City Park.

“Today Coloradans and our nation mourn the loss of a titan. We have lost a fearless advocate for women and families and someone who never stopped working toward greater equality for all in the eyes of the law. I am deeply saddened by the passing of Justice Ruth Bader Ginsburg. She spent her incredible career giving a voice to the voiceless and standing up for what is right. Her words and her legacy will live on in all those she has inspired. We will forever be grateful for her contributions to making our country a better place.”

Weiser clerked with Ginsburg in the mid-90s.

“Our nation mourns the loss of Justice Ruth Bader Ginsburg, an iconic leader, jurist, and role model. Justice Ginsburg changed my life, teaching me about equal justice under the law and what outstanding legal work looks like—an important life-long lesson. For millions around the world, her memory will continue to be a blessing.

“Justice Ginsburg’s passing on the eve of the Jewish New Year adds further meaning to a time that calls out for healing and renewal. My heart aches for her family and the broader family of clerks and mentees who have lost a devoted teacher and inspiration. I will miss her deeply and will continue to work to meet her high expectations for justice and rigorous legal work.”

“A tremendous and devastating loss for our country. Rest In Peace to Justice Ginsburg, a true giant for civil rights, equality, and the rule of law. May her memory be a blessing.”

"Tonight, the country mourns the loss of a great jurist and an influential trailblazer. The thoughts and prayers of Colorado Republicans are with her family and loved ones. Rest in Peace, Justice Ginsburg."

“Our nation lost one of our greatest heroes and public servants today. My heart breaks as our nation mourns. May Justice Ruth Bader Ginsburg Rest in Peace, and may our country find a path forward that honors her spirit of justice, equality, and dignity.”

“Ruth Bader Ginsburg was an icon, a trailblazer and one of the greatest people to ever grace our nation. Her death is a loss that will be felt for decades, and her life is one that will be celebrated for generations to come. Rest in power Justice Ginsburg.”

“Ruth Bader Ginsburg will forever be remembered as a trailblazing giant of American jurisprudence. I am heartbroken to hear of her passing. Justice Ginsburg was appointed to the Supreme Court the summer before I started law school, and throughout my years there she was an unyielding force of inspiration for myself and my fellow women law students. She has no doubt inspired leagues of young lawyers for three decades since, and I am confident that she will continue to inspire any woman seeking to practice law long after her passing. May she rest in peace and power.”