Boebert, Lamborn say they will object to presidential election certification on Wednesday

Rep. Buck: Objecting will "amount to stealing power from the people and the states" (Copyright 2021 The Associated Press. All rights reserved. This material may not be published, broadcast, rewritten or redistributed.)
AP Images and Denver7
Colorado Republicans Rep. Doug Lamborn (left) and Rep. Lauren Boebert (right) say they will object to the certification of the presidential election on Wednesday in an attempt to overturn the certified results which show that Joe Biden won the election. 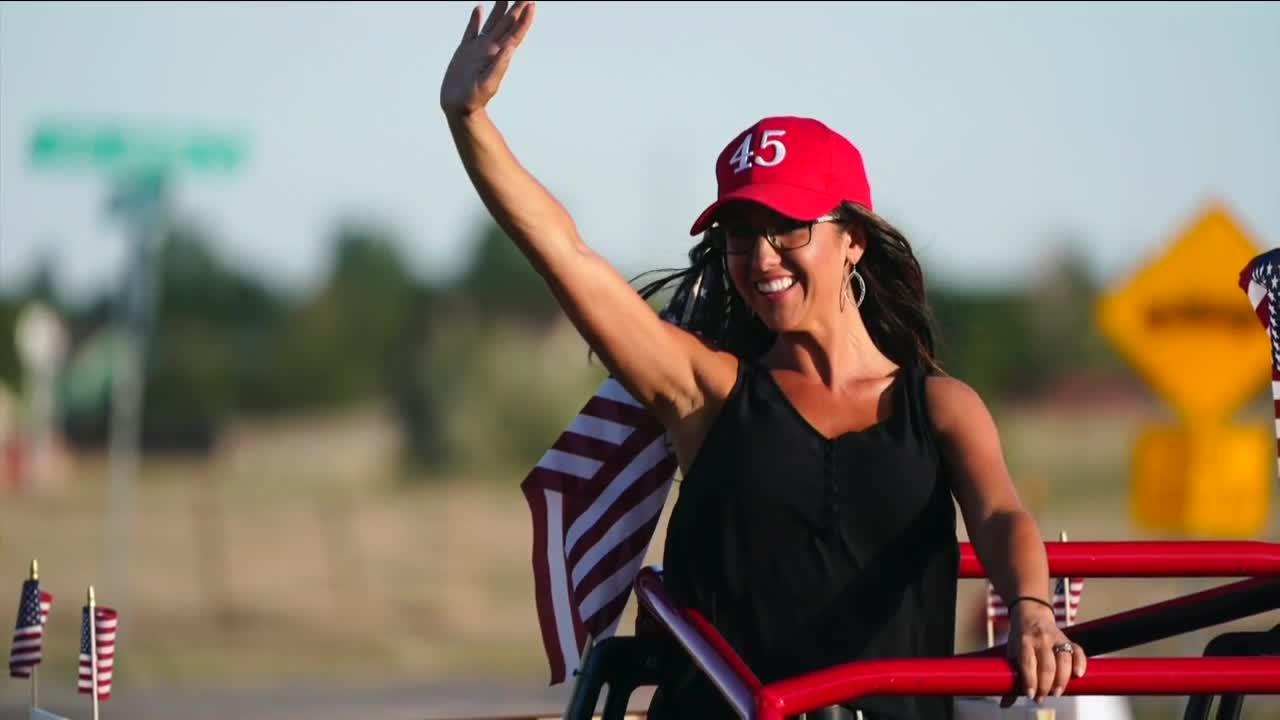 DENVER – Two of Colorado’s three Republican members of Congress say they will object to the certification of the presidential election on Wednesday in an attempt to overturn the certified results which show that Joe Biden won the election.

Rep. Doug Lamborn, a Republican representing the state’s 5th Congressional District, said in a statement Monday morning he would do so after Rep. Lauren Boebert, R-CO03, said last week she would do so as well. Rep. Ken Buck, the Republican who represents the 4th Congressional District, said in a letter Sunday he would not object.

In a statement, Lamborn – like dozens of other Republican members of the House and a dozen Republican senators – pointed to some of the steps states took during the pandemic to expand mail voting as reasons for why legally-cast votes should not count from six swing states: Arizona, Georgia, Pennsylvania, Wisconsin, Nevada and Michigan.

In the statement, Lamborn claimed there are “serious irregularities and improprieties marring the 2020 general election” that threaten some people’s confidence in the Electoral College.

Boebert said the week of Christmas she would object to the certification, claiming without evidence that there was widespread fraud involving the election results. State election officials of both parties from across the country have said there was no widespread voter fraud.

“History will never forget those who stand with the constitution at this time!” Boebert tweeted Saturday after a group of 11 Republican senators said they would contest the election and called for an emergency nationwide audit of the election.

“There are many, many allegations of fraud and there are many members of Congress who will be shedding light on those and bringing them to the forefront of this discussion,” Boebert said in an interview Monday, reiterating some of the claims already rejected in lawsuits regarding poll watchers and ballot stuffing. She said “thousands and thousands” of people had sent her messages “pleading” with her to object to the electoral results.

Courts have rejected at least 60 lawsuits filed by the Trump campaign and his allies that claimed widespread election fraud in the six swing states – most recently last week, before an appeals court this weekend quickly rejected the appeal of Rep. Louie Gohmert and others after their lawsuit trying to compel Vice President Mike Pence to change the Electoral College count was rejected by a district court.

Buck, who is the chair of the Colorado Republican Party but who will not seek another term as chairman, said in a statement alongside six other Republicans Sunday that he would not object because the states had not sent alternate slates of electors despite five of them having Republican-held legislatures.

The long-shot idea behind the objections is that Trump’s electors might be seated by Pence instead of Biden’s electors, or that enough objections to states Biden won would lead to a Trump electoral victory – though those things are extremely unlikely to occur.

“With respect to presidential elections, there is no authority for Congress to make value judgments in the abstract regarding any state’s election laws or the manner in which they have been implemented,” the joint statement from Buck and the other Republicans said. “Nor does Congress have discretion to disqualify electors based on its own finding that fraud occurred in that state’s election. Congress has one job here: to count electoral votes that have in fact been cast by any state, as designated by those authorized to do so under state law.”

Buck and the others went on to say that taking action otherwise would “amount to stealing power from the people and the states” and undermine the Electoral College – which they said would be key to Republican victories in the future.

“If we perpetuate the notion that Congress may disregard certified electoral votes—based solely on its own assessment that one or more states mishandled the presidential election—we will be delegitimizing the very system that led Donald Trump to victory in 2016, and that could provide the only path to victory in 2024,” Buck and the six others said.

“Though doing so may frustrate our immediate political objectives, we have sworn an oath to promote the Constitution above our policy goals. We must count the electoral votes submitted by the states,” the group added.

Rep. Jason Crow, a Democrat who represents Colorado’s 6th Congressional District, has been vocal in his criticism of the moves by U.S. lawmakers to object to the results.

“REAL patriots gave their lives to uphold their oaths to the Constitution. You’ll be turning your back on your oath 3 days after taking it,” Crow tweeted regarding Boebert’s statement that she would object. “Calling yourself a patriot won’t change the fact that you’re undermining our Democracy.”

Though at the end of the objections, it is all but certain that Pence will declare Biden the presidential election winner, there are often symbolic objections to electoral votes – but not on the same scale as this year and none of which claimed widespread election fraud as is being claimed without evidence now. Only one objection since 2000 has led to the chambers splitting up to debate, and all were ultimately unsuccessful.

All states certified their election results in November and December, and the Electoral College voted last month 306-232 in favor of Biden, then sent the vote totals for the new Congress, which was sworn in Sunday, to count.

Pence is expected to preside over the joint House-Senate session Wednesday and will go through the states alphabetically, reading their votes out loud after which Congress will vote whether to accept or reject the electoral votes.

One lawmaker from each chamber will have to object to the votes from a particular state, after which the full House and Senate would vote separately on which electors to approve, with up to two hours of debate for each state in each chamber.

Both chambers would then vote on whether to accept the challenge, which will not happen in the House because it is controlled by Democrats who all believe the states’ certification of Biden’s victory should stand.

In the event both chambers were to accept the challenges, the governor of the state in question would break the tie, and all governors have already certified their results.

The objections will also come after all three Colorado Republicans – Boebert, Buck and Lamborn – voted Sunday to seat themselves and their new House colleagues who were elected on the same ballots that President-elect Biden was chosen president-elect.

Senate Majority Leader Mitch McConnell, R-Ky., had urged senators not to object, and other Republicans have pushed back even harder in the past 24 hours against those who say they will do so after The Washington Post published a recording Sunday of President Trump pressuring Georgia election officials to “find” more than 11,000 votes for Trump.

Boebert said Monday in an interview she had “not yet heard” the phone call and declined to comment on its substance.

Two House Democrats on Monday filed a criminal referral with the FBI about the phone call, and a Georgia official refuted numerous claims about voter fraud in a news conference Monday afternoon ahead of the state’s two Senate runoff elections Tuesday.

"There are people in positions of authority and respect who have said that their votes did not count, and it's not true," said Gabriel Sterling, a Republican official in the office of Georgia Secretary of State Brad Raffensperger.