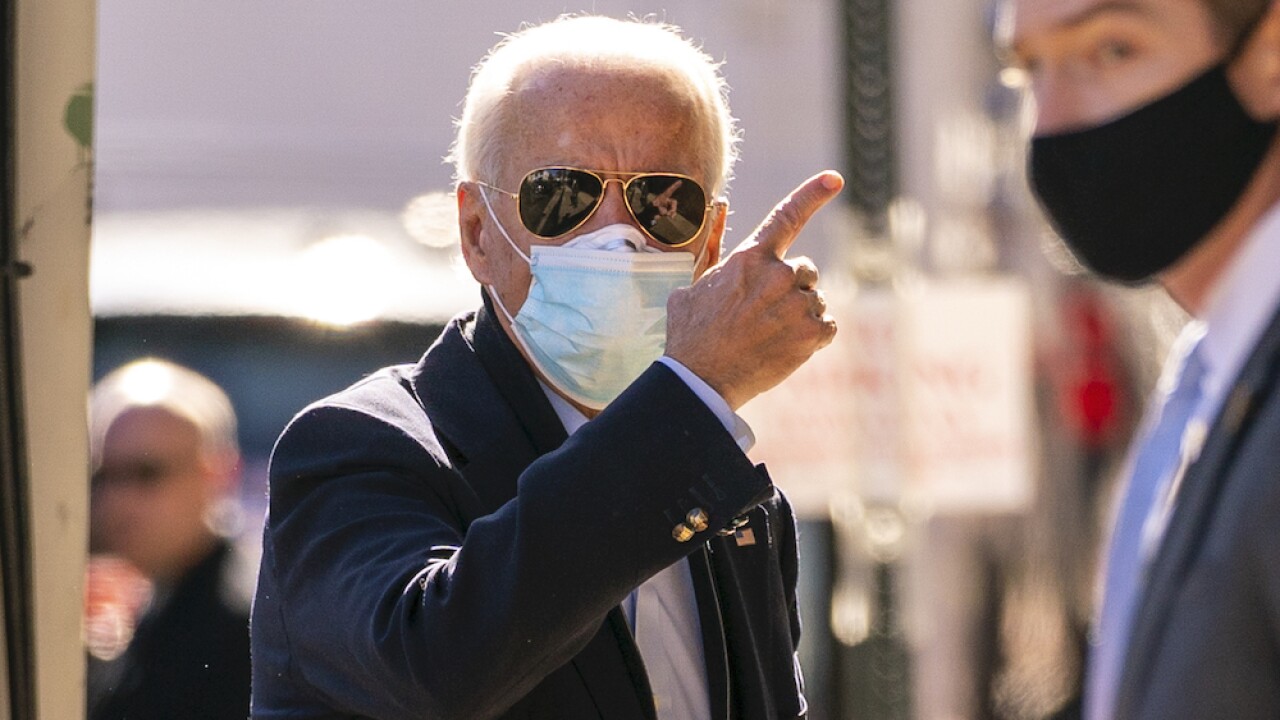 WILMINGTON, Del. — Joe Biden's meeting Thursday with a group of Democratic and Republican governors is his latest attempt to fight through President Donald Trump's unprecedented attempt to block the president-elect's transition to power.

All the Democrats and a majority of the Republicans involved have acknowledged Biden as the winner of the White House election.

The president-elect's remarks come as Georgia is slated to release results of a hand recount of the 2020 presidential election in the state. While reports indicate that the tally will include a few more votes for Trump, he will still likely fall far short of overtaking Biden's current lead in the state.

Georgia is the only state that the Associated Press has not called for either candidate. Even without Georgia's electoral votes, Biden would still have enough to win the presidency.

Trump is continuing to push unsubstantiated claims of voter fraud. On Thursday, he continued to court Republican election officials in Wayne County, Michigan in an attempt to de-certify the results of the heavily Democratic county.