State senator and rancher Jerry Sonnenberg is calling out Burger King for its new ad on methane emissions. 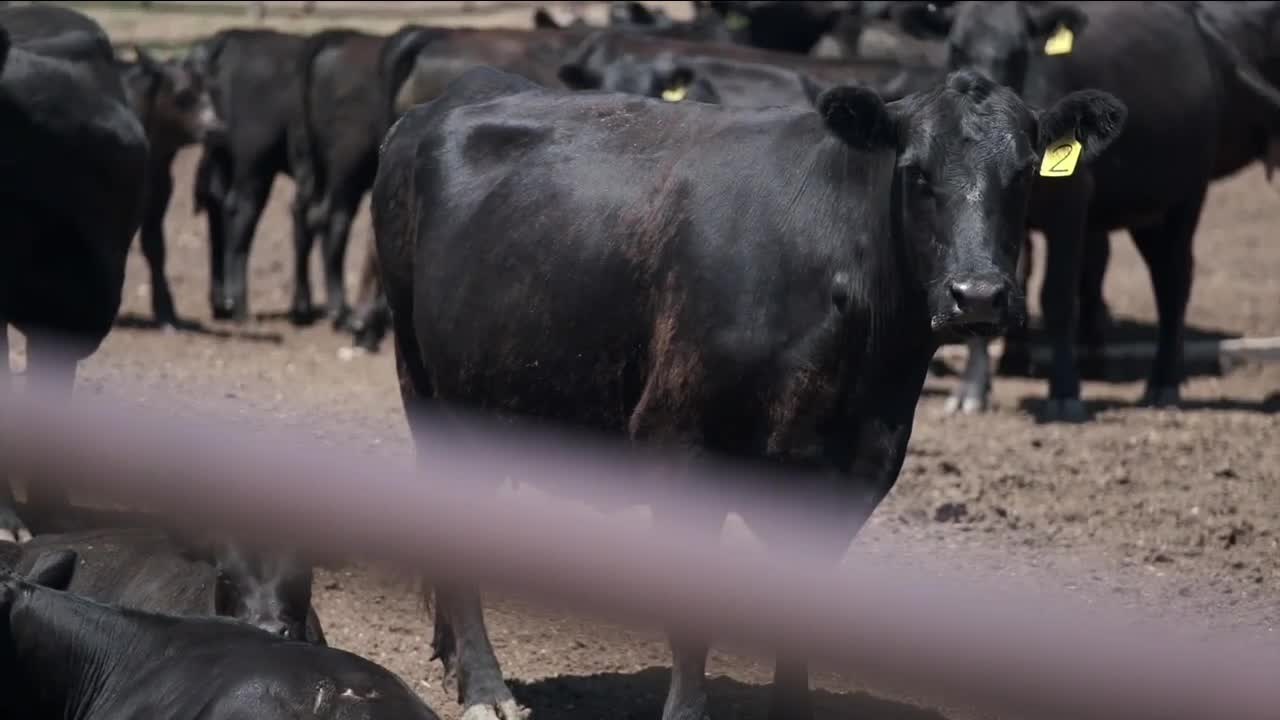 STERLING, Colo. — Far away from the Colorado State Capitol on a family-run feedlot in Sterling, state senator Jerry Sonnenberg has been busy.

After a legislative session prolonged by the COVID-19 pandemic, Sonnenberg and his family have been busy raising and feeding cattle. The family runs about 300 cows and calves each year.

This year has been particularly rough for the ranch; record heat and a drought have forced ranchers to pull their livestock off of the grass early and get them into feedlots.

“This is the worst drought I’ve seen in my lifetime. We’ve never had to pull cattle off of grass in July before,” Sonnenberg said. “You can look around and the grass is brown. This is typically what it looks like in September, not in July.”

The land around Sterling is so dry, in fact, that the family has taken on some cattle from other ranchers who ran out of grass for their livestock.

“We’re trying to figure out exactly how longer to be able to stay out there before the grass dies,” said Josh Sonnenberg. “I don’t know if I can afford to buy hay because we don’t know what the cattle prices are going to do with the pandemic and everything else going on.”

Other ranchers haven’t been as lucky and are having to move their cattle to other states to keep them alive.

“So, it’s very nerve-racking to say the least of what exactly is going to happen and who’s going to survive it,” said Josh Sonnenberg.

Along with the drought, the COVID-19 pandemic has added its own troubles. The pandemic has caused disruptions in the production chain that has trickled down to ranchers and farmers.

On top of all of that, Sonnenberg says ranchers are also dealing with negative attention thanks to a Burger King ad.

“Burger King has come out with what I call a publicity stunt in which they hope to get more people to drive through their lot than any other fast food chains down the street by citing a study that says cows fart too much,” Jerry Sonnenberg said.

The ad features a yodeling child singing about the contribution cattle make to climate change. The ad then says that the food chain is going to start feeding its cattle lemongrass to cut down on methane emissions.

Sonnenberg disagrees with the premise of the ad, saying it uses a study that has not been peer reviewed, and adds only about 5 to 10% of the gases emitted from cattle are from flatulence.

On Twitter, others have criticized the ad as well, saying the majority of emissions from cattle come from their belches and lambasting the commercial for making light of climate change as well as the changes farmers and ranchers have already made.

“I would argue that ranchers are the ultimate environmentalists and we do more to take care of the land than anybody else,” Sonnenberg said. “They paint agriculture as somebody that is bad, and we are good down-home people, family-run organizations.”

In an effort to clear the air about cow farts, Sonnenberg penned an opinion piece to speak out against Burger King’s ad. In it, he blamed the restaurant for giving a bad perception to the very ranchers who supply the food chain with its meat and said he will no longer be eating there.

Sonnenberg says it’s not that he doesn’t want to help combat climate change; farmers and ranchers are trying things like feeding their cattle algae and taking them off of grass earlier but they’re also dealing with a drought and the pandemic and, right now, many of them are just trying to survive.

“I don’t think we can grow lemon grass out here; honestly, I do not know,” he said.

Cattle also eat a lot; each cow eats about 3% of their body weight each day, or about 40-50 pounds. For a small ranch like Sonnenberg’s, that’s about 8,000 pounds a day.

Switching that food to lemongrass or algae could cause meat prices to go up or some ranches to go out of business altogether.

Josh Sonnenberg believes agriculturists need to do a better job of educating and informing the public about what they are doing and how things like their antibiotics and feeding programs work before misinformation dominates public perception.

Most importantly, the family just wants people to know ranchers care about the land, the environment and their animals.