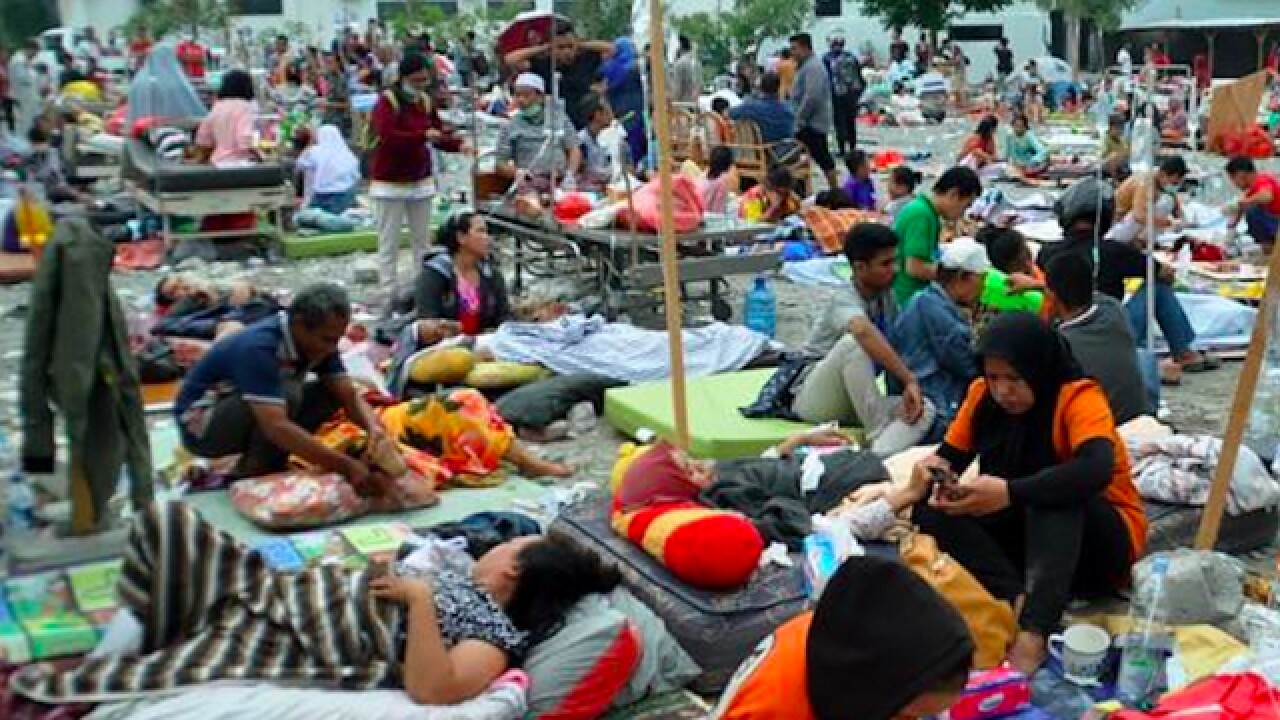 Rescue workers are hunting for survivors after a powerful earthquake hit the Indonesian island of Sulawesi and triggered a tsunami, killing at least 384 people.

After the 7.5-magnitude earthquake hit Friday, water smashed into buildings and swept away homes in the coastal city of Palu city, home to 350,000 people.

More than 540 people are being treated in several local hospitals amid the massive destruction in Palu and 29 people are missing.

Electricity and communications have been cut off, making it difficult to assess the damage in Palu and nearby fishing community of Donggala, Sutopo said.

With Palu airport closed, relief workers have to make their way to Palu by road. Sulawesi is one of the biggest islands in the world and the drive from the nearest airport is around 10-12 hours. "We already have people en route but you never know what damage there is to the road infrastructure."

In Palu, authorities are still urging residents to not go inside their homes and sleep away from buildings - fields, roads or yards because of the danger from aftershocks.

After a local hospital was damaged, medical staff opted to treat dozens of wounded residents just outside the building, Sutopo said.

Dr. Komang Adi Sujendra, Director of Undata Hospital in Palu was seeking help from the public following the quake.

"At the moment, in our hospital, electricity is out all over Palu, roads are cracked, the phone network doesn't work," he said in a video posted on Twitter. "We are hoping for any help."

An air traffic controller who stayed behind to make sure a passenger airplane took off was among the dozens of victims.

Anthonius Gunawan Agung, 21, died in the hospital after he jumped off the traffic control tower at the Palu airport when he thought the tower was collapsing.