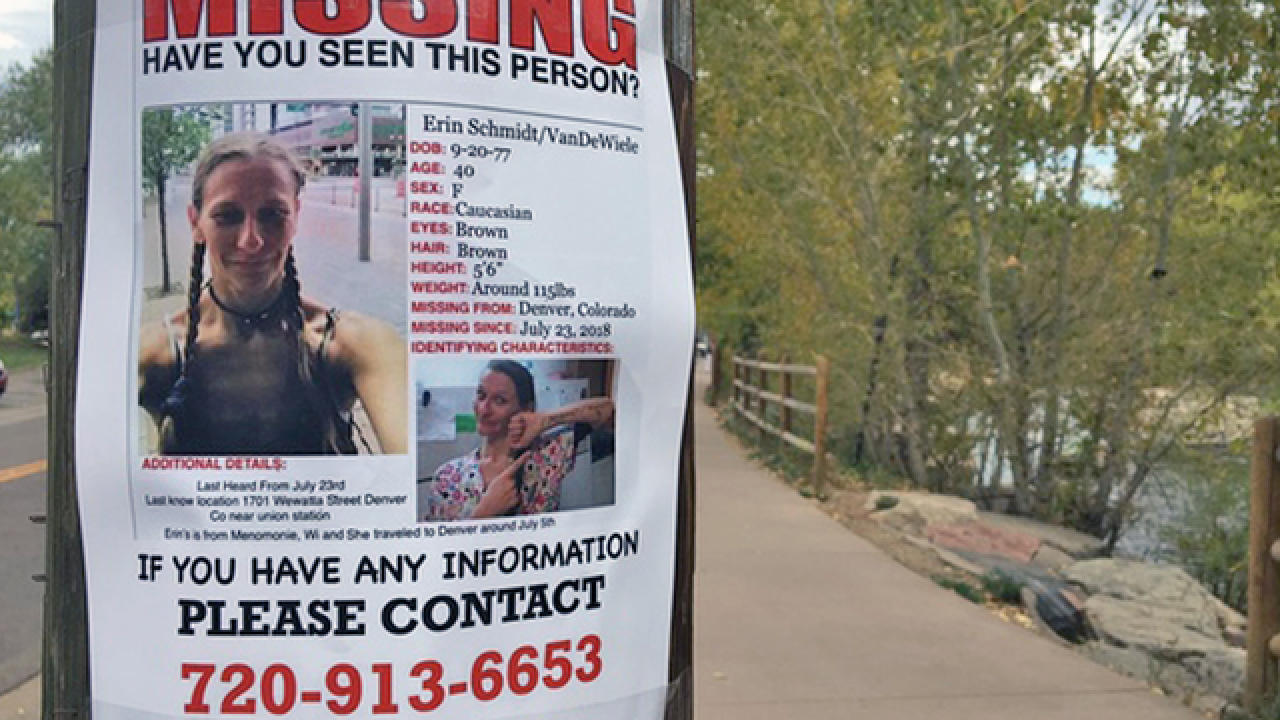 DENVER – A Wisconsin woman who sent eerie texts to friends before vanishing without a trace more than two months ago has been found safe, the Denver Police Department said in an update to a missing person’s bulletin they posted last month.

Erin Vandewiele went missing on July 23, less than a month after moving from Wisconsin to Denver with a man she was seeing and after sending texts that concerned her family and friends.

One such text read, "He's gonna kill me if I don't get away from him today."

A friend reported her missing to DPD shortly after their communication ended.

The man, Joe Mayer, was arrested on outstanding warrants that are unrelated to this case and he was brought back to Wisconsin to face those charges. Vandewiele, however, was nowhere to be found.

Her family traveled to Colorado at the beginning of this month in hopes of finding some clues about her disappearance.

On Wednesday, the search for her was over after police said they had found her safe. Police did not provide any other details as to where she was found or why she went missing.