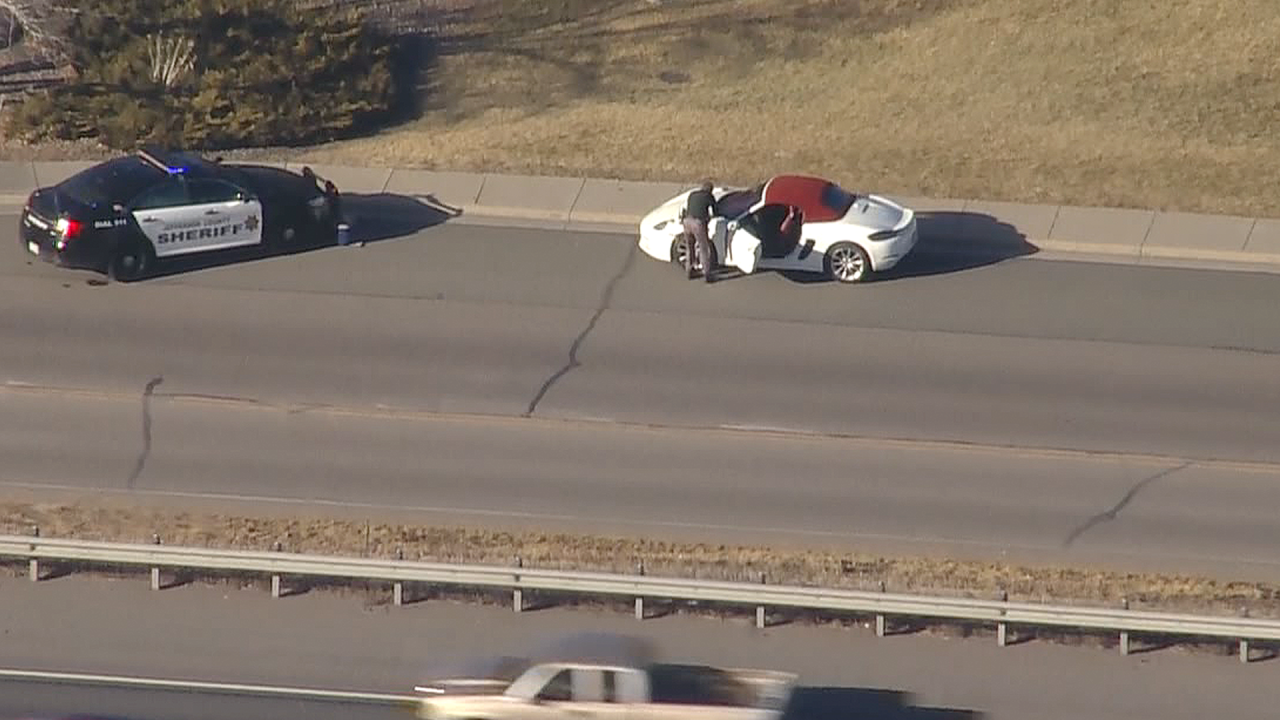 WHEAT RIDGE, Colo. — Jefferson County authorities are looking for a woman who fled from a stolen Porsche after a high-speed chase Wednesday afternoon.

Police spotted the woman driving the stolen white Porsche Boxter near Red Rocks earlier in the day and attempted to pull her over. However, police said the woman sped off at a high rate of speed and led police on a chase that went through parts of Jefferson County, including Golden.

The chase came to an end on an Interstate 70 frontage road near Ward Road in Wheat Ridge. The suspect fled on foot and was able to elude police.

Police are canvassing the area for the suspect described a white female with brown hair in a bun. She was wearing dark clothing and had a tattoo on her left hand.

The Porsche was reported stolen out of Denver, according to police. It's not clear when the theft occurred.