Woman found guilty of kidnapping, assault; faces up to 21 years in prison 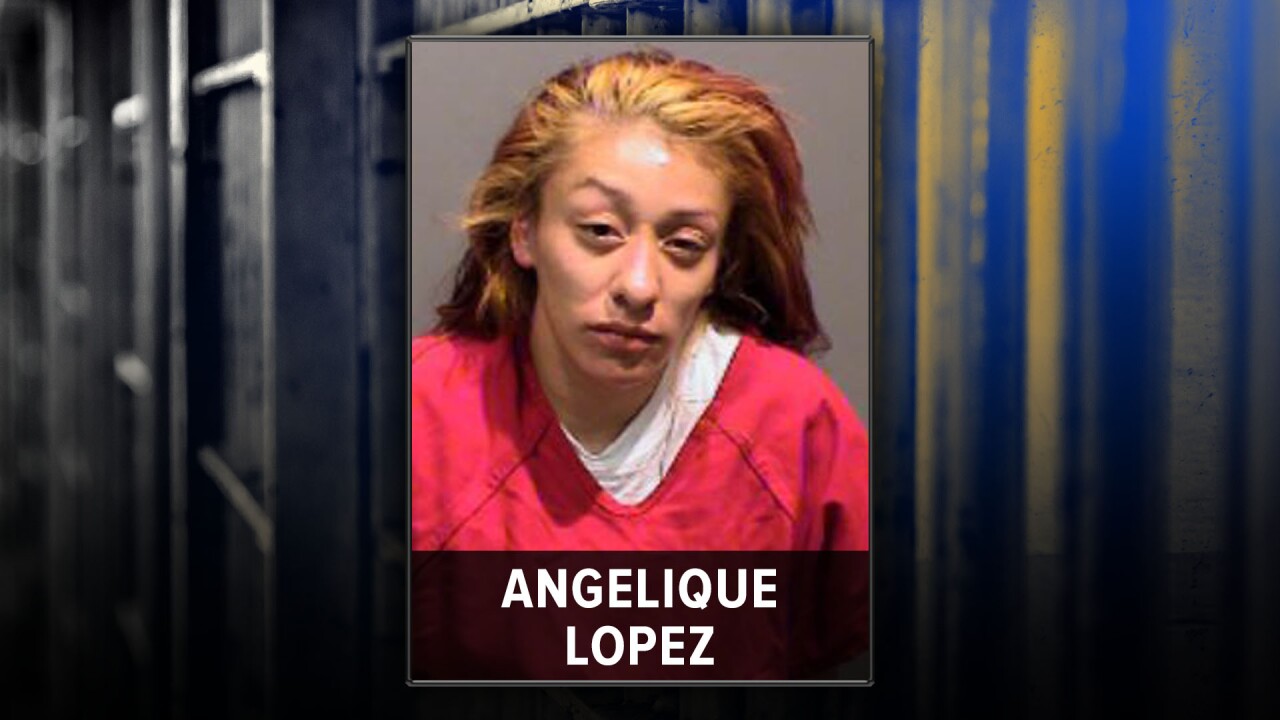 GOLDEN, Colo. – A woman who reportedly played a part in the kidnapping and assault of another woman in Lakewood by was found guilty of the crimes by a Jefferson County jury on Tuesday.

On May 13, 2019, Angelique Cassandra Lopez, 29, along with another woman, allegedly forced the victim to a room at the Big Bunny Motel at 6218 W. Colfax Ave. in Lakewood, where the woman was bound to a chair with duct tape and zip-ties.

Prosecutors said the victim was threatened with a handgun, assaulted and burned with cigarettes and large sticks of incense for over a period of three hours.

The jury also heard testimony that the victim was then injected with a cocktail of methamphetamines and heroin and dumped in a parking lot. Prosecutors said someone found her and call 911. When she was found, the victim was barely conscious, bleeding, with duct tape on her wrists and a needle mark in her arm.

Lopez, who is one of six people facing charges in the case, was found guilty of aggravated witness intimidation, second-degree kidnapping, menacing, third-degree assault and false imprisonment.

Four people charged in the case have previously pled guilty and have been sentenced to prison. Another case is pending.

Lopez remains in custody at the Jefferson County Jail. Her bond is set at $250,000. Sentencing has been set for Feb. 27. She faces up to 21 years in prison.