VIDEO: Fight breaks out between parents during youth baseball game in Lakewood 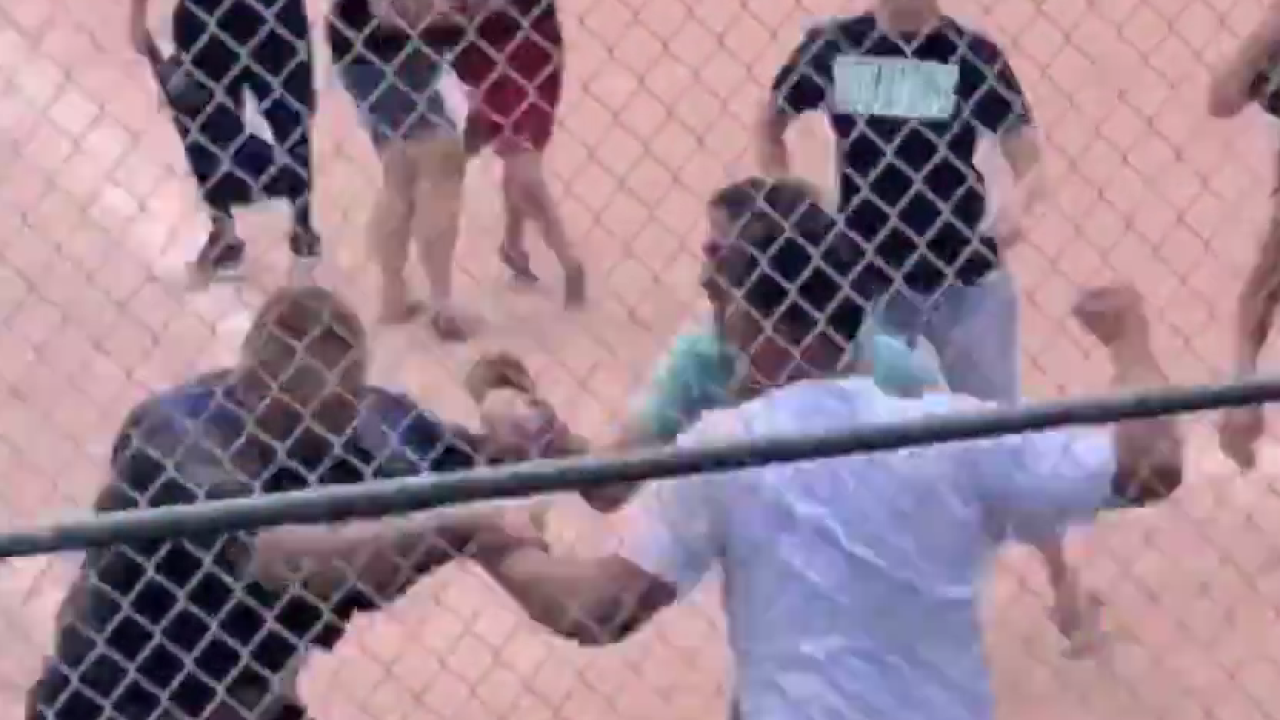 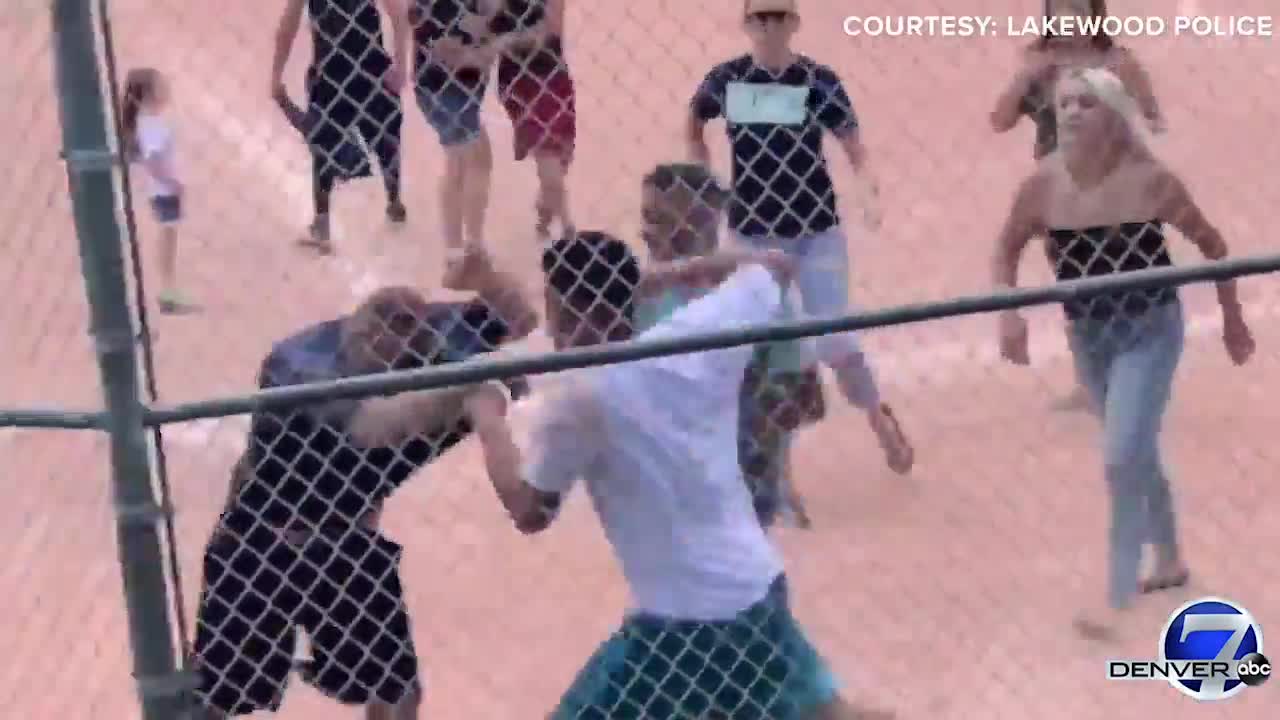 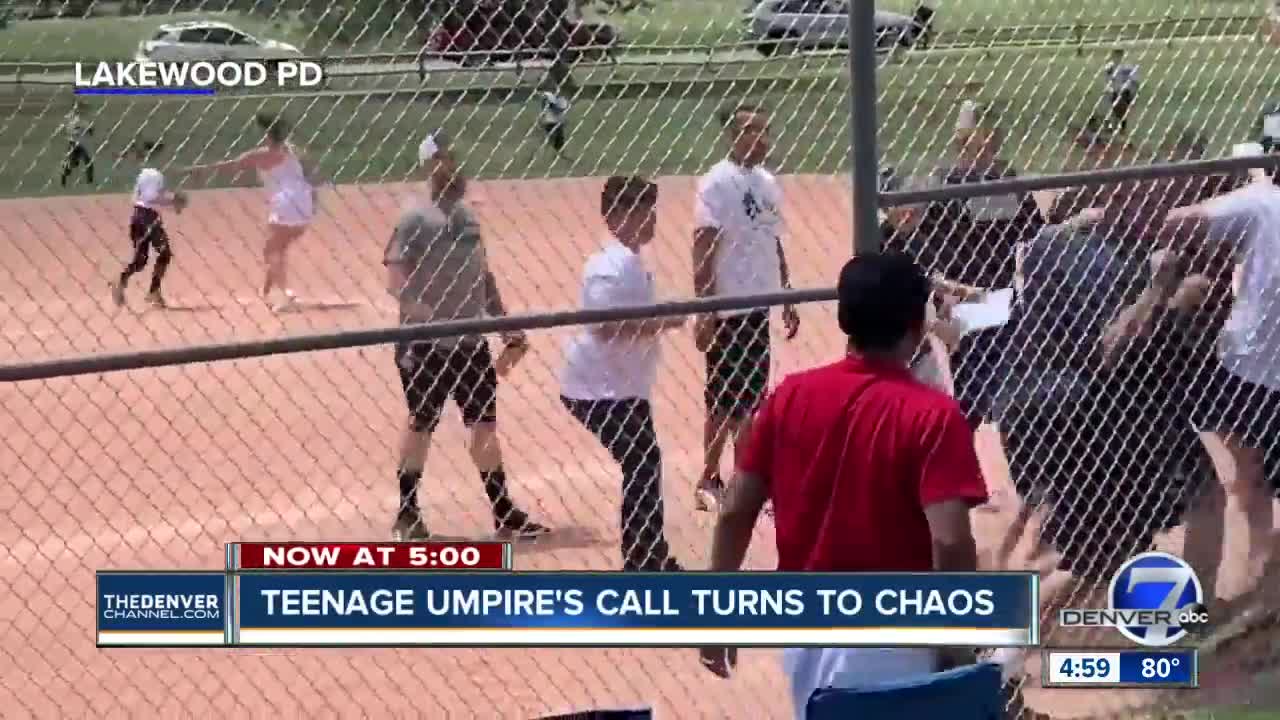 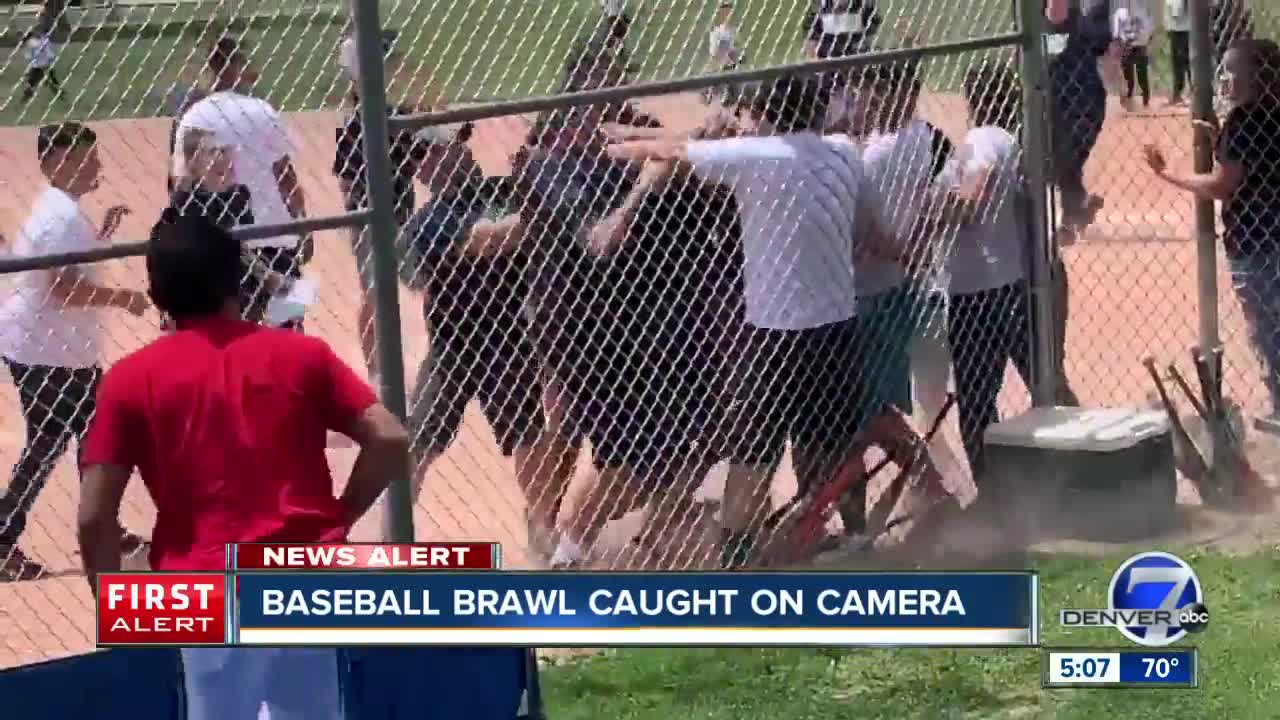 LAKEWOOD, Colo. – Police have cited five people for a fight that broke out during a youth baseball game this past Saturday that seriously injured one person.

Lakewood police tweeted the video Tuesday, showing several adults taking over the baseball field at West Gate Park and assaulting each other. The Bear Creek Junior Sports Association announced on Wednesday that it had canceled the season for the two teams involved and that coaches and parents who participated in the brawl would be removed indefinitely.

These adults took over the field and began assaulting each other on 6/15 during a youth baseball game. We're looking for any info, in particular to ID the man in the white shirt/teal shorts. Several people have already been cited in this fight and injuries were reported. pic.twitter.com/ieenhwCrbU

Police say that 15-20 people were involved in the baseball brawl and that they are still looking for the other adults who were involved.

A spokesperson for the department told Denver7 the baseball game was comprised of 7-year-olds. The fight started when the umpire, who is 13 years old according to Lakewood police, made a call that upset the coaches on one of the teams.

“The three coaches from the other team went up to the umpire and I couldn’t actually hear what they were saying but it just didn’t look right that three coaches were standing around and one little boy was just standing there,” a grandparent of one of the players said.

A coach from the other team, the Green Socks, got involved and put his arms around one of the coaches, according to the grandparent, and that’s when the fight broke out.

“Then everything went crazy and you couldn’t even keep your eyes on all of it,” the grandmother said. “I turned and told my daughter to get my grandson out of there.”

Some of the parents took the boys from one of the teams behind some trees at the far end of the field to keep them safe and hide them from the fighting.

“There were about 5 to 6 kids who were crying really bad and she was trying to comfort them and hug them and told him everything would be OK,” the grandmother said.

Meanwhile, the grandmother and others started making phone calls to 911 for help.

She said the fight lasted for up to 20 minutes before police arrived and that the video showed only a small portion it. At one point, the grandmother said one of the adults picked up a bat and started going after some of the coaches.

This was not the first time there has been tension between the two teams. The last time they played against one another this season some of the parents got into verbal arguments with one another, according to the grandmother.

“It’s a child’s game. They are 7 years old. The boys don’t care. They’re at that age now where they’re excited when they win, but really they were excited about getting out there and playing the game,” she said.

She felt particularly bad for the young umpire who got caught in the middle of it all. Some of the people seen in the video were cited but not arrested.

Fights and arguments at youth baseball games is not uncommon, according to Tate Shetterly, the state director of USSSA baseball.

“I think it’s getting more aggressive. I think we are seeing more of this over the past few years,” Shetterly said. “Adults got out of control and don’t realize they’re around kids and aren’t held accountable for their actions anymore.”

USSSA baseball was not involved in the league where the fight happened or the teams. However, Shetterly says his group has taken proactive steps to punish this type of behavior if it does happen.

“Our organization, which is the largest in youth sports, has taken an aggressive, strict enforcement of lifetime bans for anything like this for sure, but anything we believe is unsportsmanlike and not in the best interest of why we are all there, and that’s for the kids,” he said.

His organization has had a hard time finding umpires in some places because of the contention with parents and coaches heckling and harassing the umpires and, in some cases, even following them out to the parking lot.

“Why would you come here to umpire if that’s what you saw in the video and that’s where we are at?” Shetterly said.

Shetterly feels bad for the kids and for the young umpire. USSSA Baseball doesn’t hire any umpires under the age of 16 but says he doesn’t know whether age really mattered in this instance.

“We watch that video and I don’t know how you prepare anybody for something like that,” Shetterly said.

USSSA Baseball’s policy is to immediately call the police when things start to get out of hand.

Anyone with information about the fight is asked to call Lakewood police at 303-987-7111.