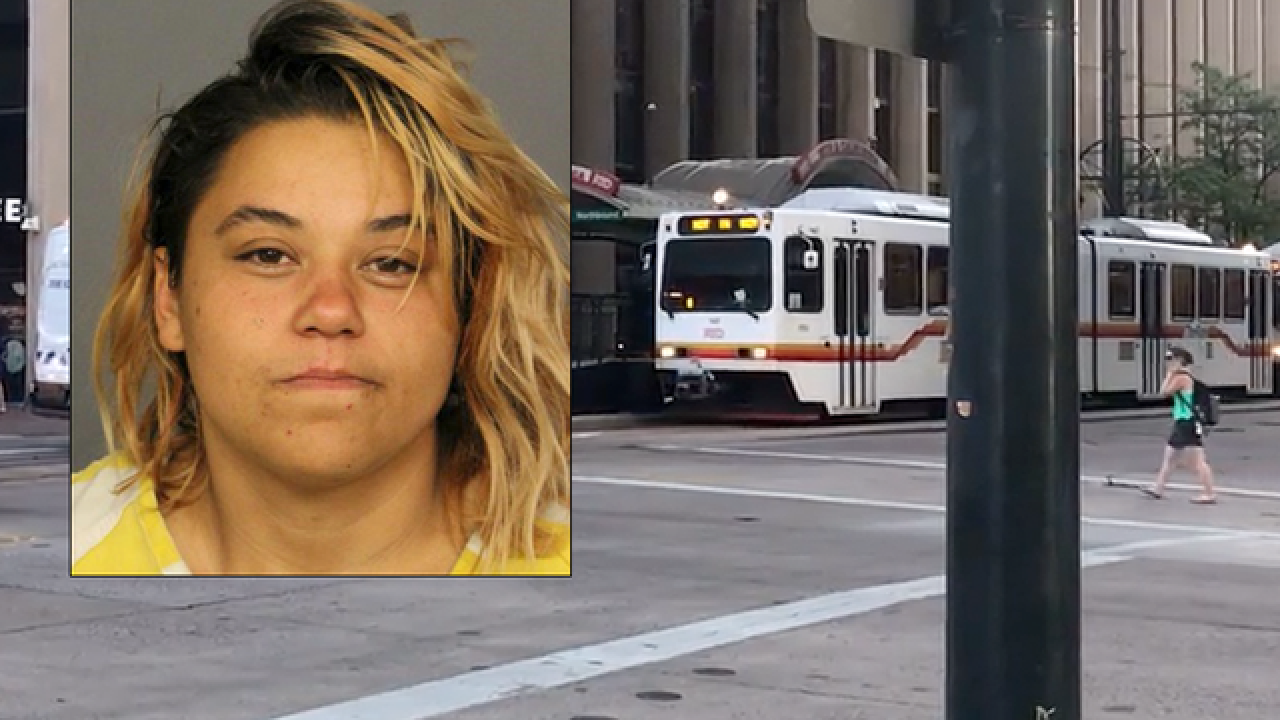 DENVER — A man and woman were stabbed after trying to stop a woman holding a knife from threatening passengers on the RTD Light Rail Train Thursday evening, police said.

Just before 6 p.m. Thursday, a 26-year-old woman was riding on the RTD Light Rail Train when it stopped along the 1700 block of California Street. The woman, who was later identified as Maressa Christina Archuleta, started to cause a disturbance and made threats to other people on the train while holding a knife, according to a probable cause statement.

One man attempted to distract Archuleta to prevent her from attacking others. She tried to stab him multiple times, but he was able to avoid being struck, according to the statement.

Meanwhile, another woman approached Archuleta from behind and kicked her in an attempt to knock her down. Archuleta was pushed forward and then turned around and stabbed the woman on the right side with the knife.

Other passengers then rushed to the suspect and held her on the ground before pushing off the train. Archuleta started to walk toward 17th Street, according to the statement.

After the man who first approached the suspect got off the train, he discovered he had been cut on his forehead above his left eye.

Police located Archuleta at 17th Street and Welton Street and placed her into custody shortly after the incident. They found a silver knife attached to her pants waistband, according to the probable cause statement. Witnesses positively identified the woman.

Archuleta, whom police identified as a transient, was charged with second-degree assault.

The man and woman who approached Archuleta on the train were treated for their injuries, which did not appear to be life-threatening, police said.

Archuleta was found guilty of making threats in 2015, according to police records.