Two men accused of kidnapping, robbing young couple in JeffCo have been convicted 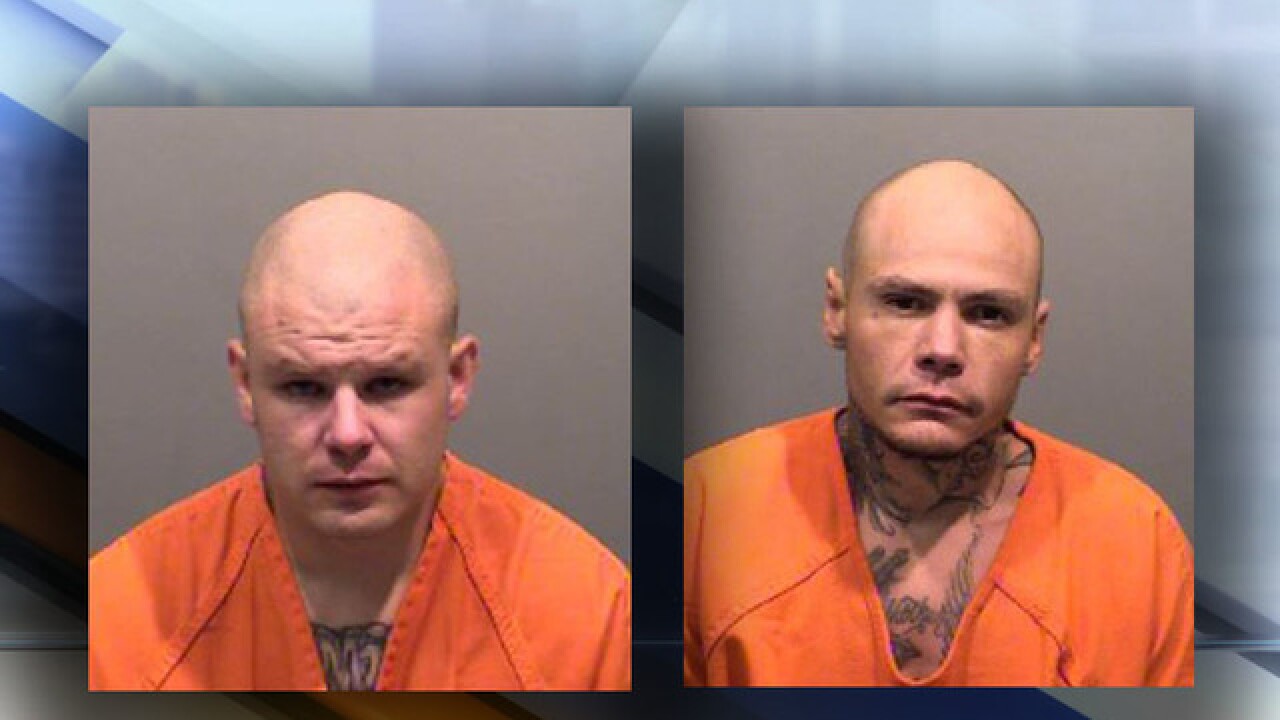 GOLDEN, Colo. — Two men accused of kidnapping, robbing and threatening a young couple they had met at a bar in south Jefferson County have been convicted.

A Jefferson County jury found Jeremy Scott Hackbarth, 34, and Casey Daniel Cleveland, 33, guilty of numerous charges in connection to the crime. The men are now awaiting their sentencing.

On Sept. 16, 2017, Hackbarth and Cleveland were drinking at a sports bar at S. Wadsworth Boulevard and W. Chatfield Avenue in an unincorporated part of Jefferson County, according to a press release from the Jefferson and Gilpin Counties District Attorney’s Office. They met a young couple at the bar and all four left the bar at the same time. The two men asked the couple if they could get a ride, and the couple agreed. The men climbed in the backseat and the car started driving southbound on S. Wadsworth Boulevard.

While they were driving, Cleveland pulled a knife and put it to the male driver’s neck. Hackbarth reached forward and put his arm around the female’s neck and threatened to kill her, choking her repeatedly, according to the release.

The men order the man to keep driving. The woman, fearing for her life, opened the door and jumped from the car, which as traveling about 50 mph.

Hackbarth and Cleveland ordered the male driver to turn into a neighborhood and pull over. They threatened to shoot him and told him to get out of the car. When he did, the men left the area in the car, according to the release.

The female was injured, but had survived her escape from the moving car.

Hackbarth and Cleveland were arrested a few hours later.