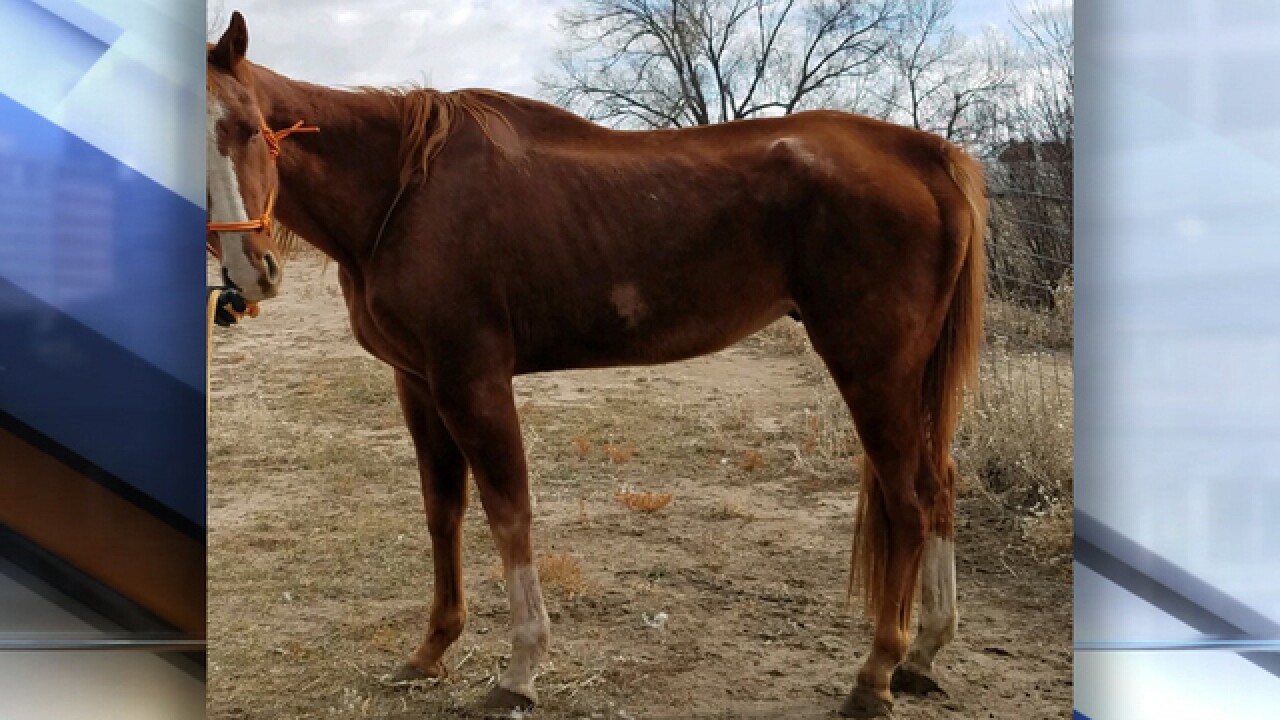 As a continuing part of the investigation, deputies with the El Paso Sheriff’s Office’s Rural Enforcement and Outreach Unit executed a search warrant at an address on the 3400 block of Meridian Road on Wednesday around 9:45 a.m.

Two horses that were severely emaciated were seized, according to the sheriff’s office. They are currently being held in at the American Society for the Prevention of Cruelty to Animals-approved boarding facility.

The remains of two fowls were also seized and taken to the Humane Society of the Pike’s Peak Region, where a necropsy will reveal the cause of death. The Humane Society helped authorities at the scene as well.

This investigating is active and criminal charges are pending, according to the sheriff’s office.