Two arrested, thousands of dollars' worth of drugs found inside fake daycare in Colorado Springs 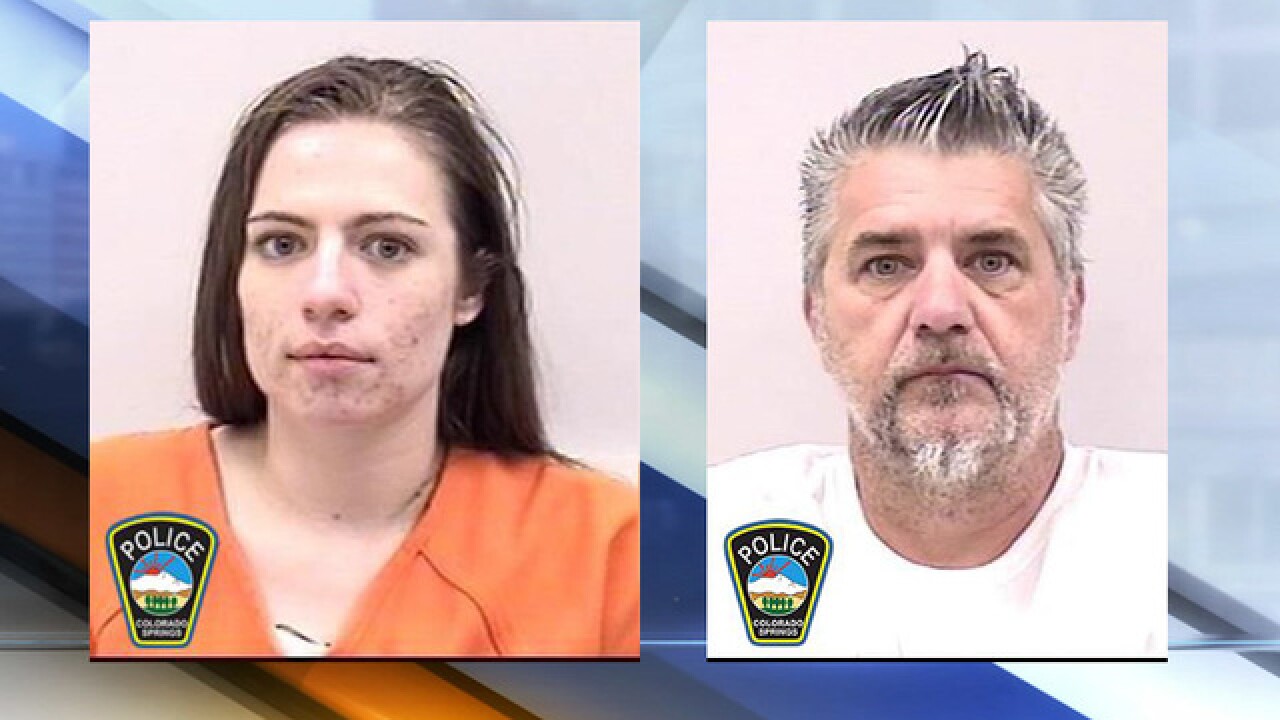 COLORADO SPRINGS, Colo. – Two people were arrested Friday evening after police discovered thousands of dollars’ worth of drugs inside a fake daycare in Colorado Springs.

While responding to a welfare check in the area of Warwick Ln. and Brady Blvd. after the parents of a 2-year-old child couldn't get a hold of their babysitter, officers discovered that a woman was running a fake daycare under the false name of Sarah Richmond.

Upon investigation, officers discovered that the woman, identified as Anna Brimm, had outstanding felony and misdemeanor warrants for her arrest.

Brimm and a man identified as Dirk Kilgore, who was also inside the home, refused to hand over the child and a standoff ensued for about an hour, the Colorado Springs Police Department said.

After some time, Kilgore exited the home and handed over the child to police, who reunited the child with their parents. Police say the child was wide-eyed, shaking, and had tears in its eyes.

About 20 minutes later, Brimm surrendered and was taken into custody.

Inside, police found 12.6 grams of Methamphetamine, 7.3 grams of brown heroin, 28.2 grams of black tar heroin, 1.3 grams of cocaine, and 550 prescription pills packaged and ready for sell. The total estimated street value of the recovered drugs was over $35,000, police said. Officers also located $2,163 in cash and a Sig Sauer P250 40 Cal handgun.

Additional charges for Brimm include unlawful distribution of a controlled substance, possession of weapons by previous offender, special offender drugs, and criminal possession of a financial device.

If your child, or the child of someone you know, attended the “Tiny Toes” daycare, you are asked to call the Colorado Springs Police Department at 719-444-7000.