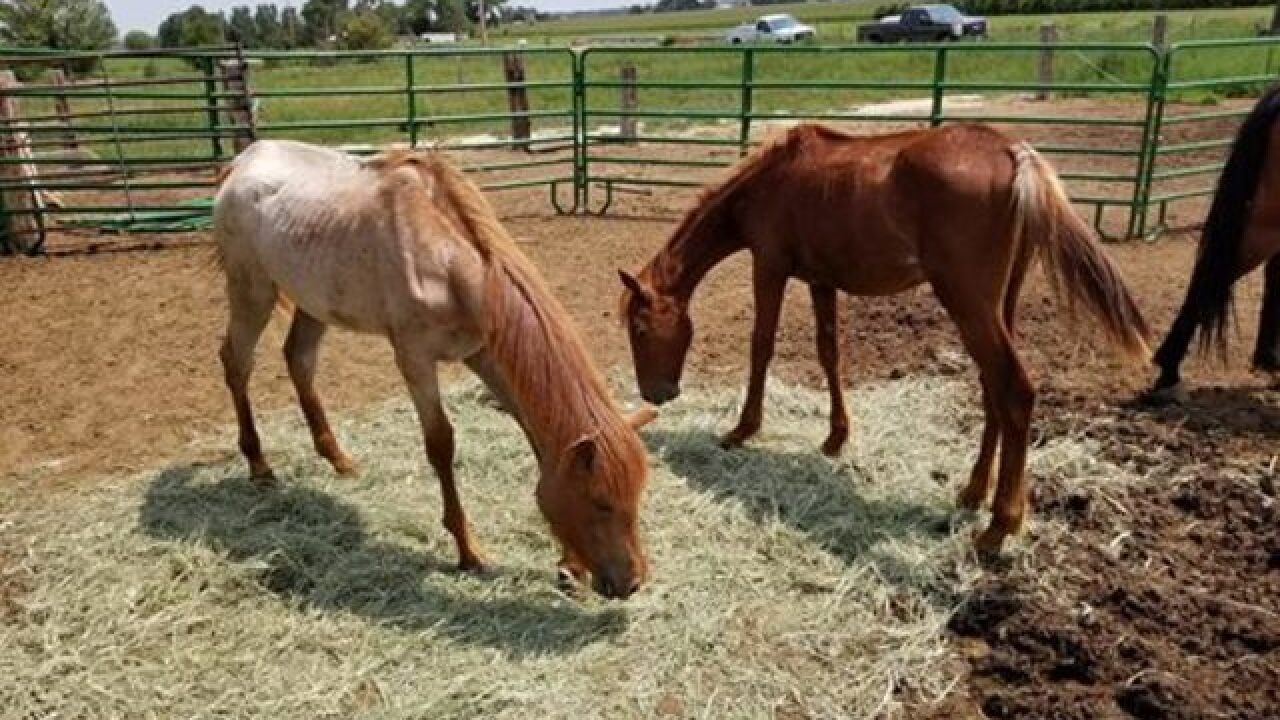 MORGAN COUNTY, Colo. — Two people have been charged after investigators found dead horses and other animals without adequate food or water on a Morgan County property.

The arrests came after an ongoing investigation into complaints of animal neglect in the Goodrich area.

Deputies, joined by Colorado Humane Society staff, investigated the welfare of horses and other animals on the 4000 block of Road Z.5 after receiving a complaint. Lambert and Topete were buying horses scheduled to go to slaughterhouses, but the sheriff’s office said when deputies arrived, they found that the animals didn’t have adequate feed and water.

Deputies were called to the location several other times in 2018 regarding loose livestock, which often seemed in search of food, according to the sheriff’s office. The Colorado Humane Society joined deputies on a number of these visits to observe the animals and assist the owners with care or feed issues.

After several follow ups, the sheriff’s office and humane society did not see progress — adequate food was not provided, and the physical wellness of the animals had not improved.

Investigators with the sheriff’s office obtained a search warrant for the property. They, along with other personnel from the sheriff’s office, the Colorado Human Society, State Brand Inspectors, state veterinarians with the Colorado State Veterinarian’s Department and the United States Department of Agriculture’s Bureau of Animal Protection, entered the property and found several animals: 11 horses, six goats, 32 sheep, two pot-bellied pigs and a cow calf. Several chickens, dogs and cats were also found. Investigators found minimal feed that they deemed inadequate for the number of animals at the residence, according to the sheriff’s office.

The investigators also found at least five dead horses, one of which was alive when the sheriff’s office had visited a few days prior.

In addition, a pickup truck at the residence was identified as one involved in a recent hay theft. The car was impounded.

All of the livestock was seized and the horses were taken to Harmony Equine Center in Franktown. The other large animals were transported to the Colorado Livestock Exchange in Brush. All the livestock and horses will be medically evaluated and monitored by veterinarians.