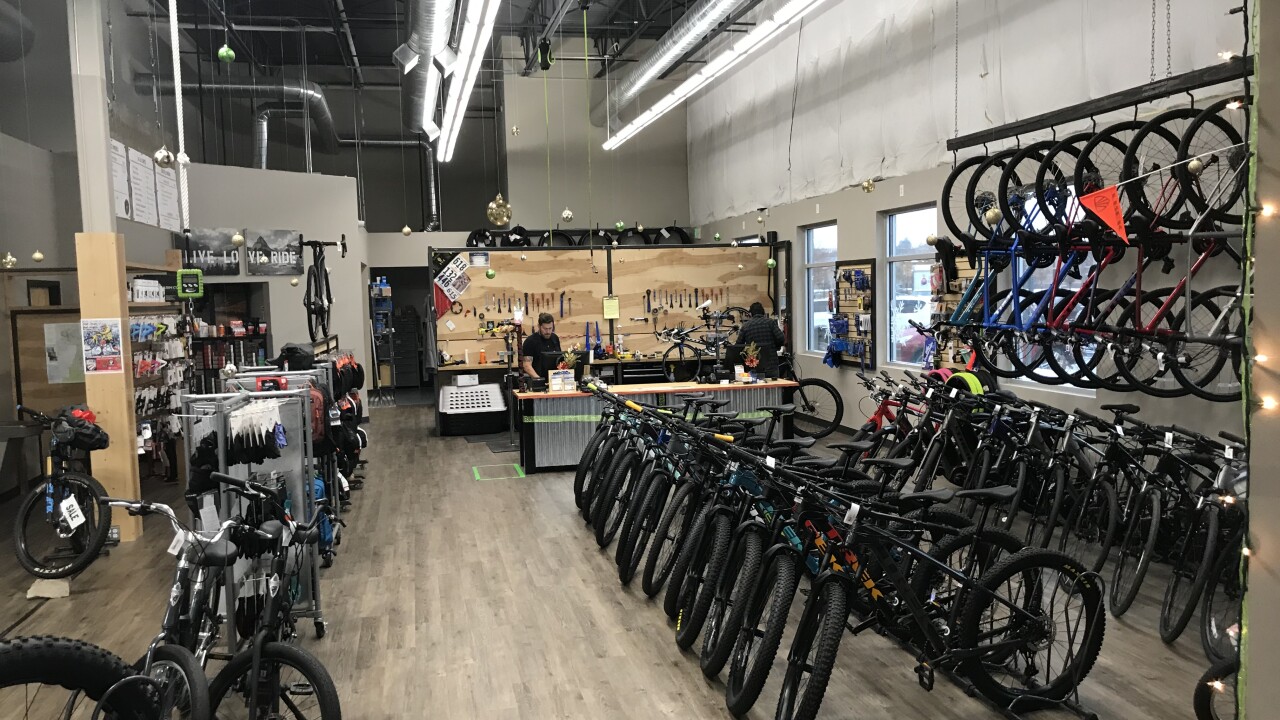 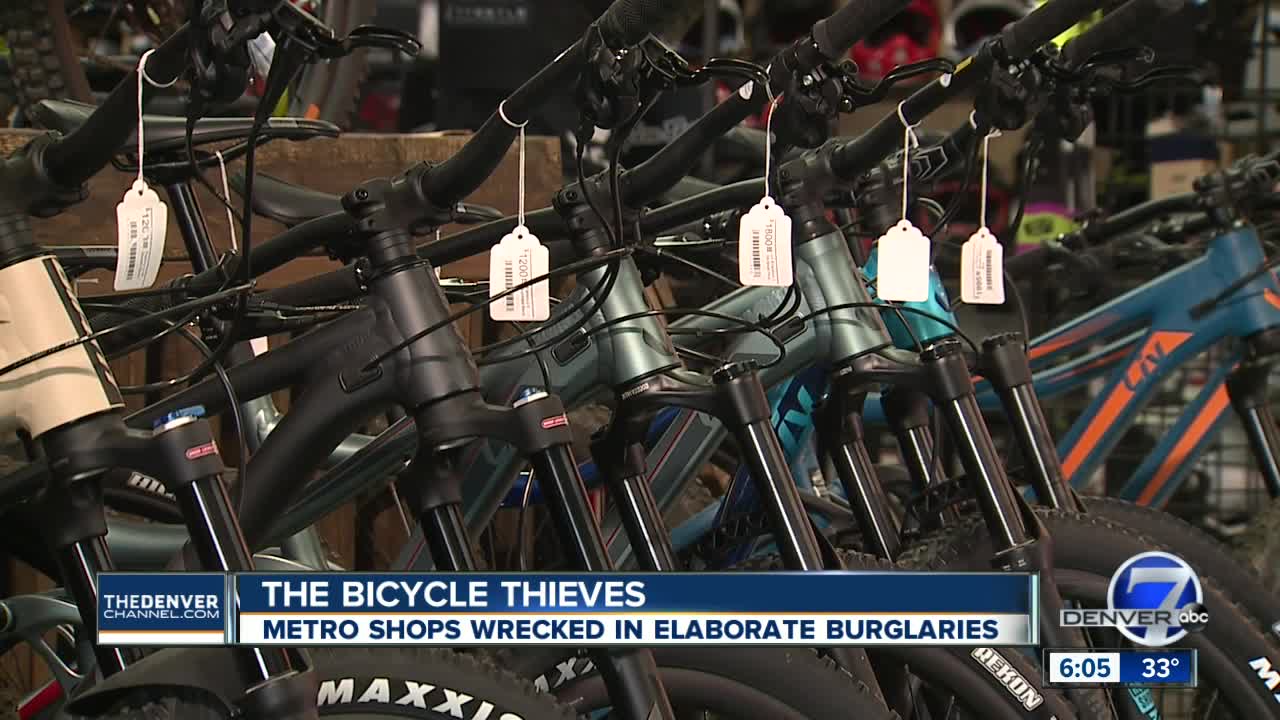 PARKER, Colo. -- Bike shops metro-wide aren't just a hot spot for holiday shoppers. It turns out — they're popular with thieves this Christmas season.

These guys aren't only stealing bikes, they're leaving behind a trail of destruction.

"It looks as though it took a couple of rocks to get through this window," said Tyler Pilger, co-owner of Elevation Cycles in Parker, Denver and Highlands Ranch.

“Six guys showed up with a stolen box van and a sedan. And four of them came into the building through a front window,” Pilger said.

At Evo in Denver, thieves drove a truck through the bike shop garage door.

“Blew the truck through the whole frame, right here,” said manager Jordan Sunshine, pointing to the still boarded up door. “The truck almost fell down the stairs - it was right out to here."

And over to the southwest part of town, Mojo Wheels has been hit twice in recent weeks.

"They hit the door, plus this wall and knocked it out about 4 feet," said Mojo Wheels owner Lisa Kaveggia. "They stole a van from Denver Public Schools and drove through the front door."

The rash of smash-and-grabs extend from Boulder to Highlands Ranch and many are caught on surveillance cams.

At Elevation Cycles, surveillance video shows the thieves running around inside the store.

Nearly a dozen shops have been hit so far.

"They could potentially sell them out of country, out-of-state," Pilger said.

Many shop owners feel like the thieves are posing as customers, scoping out the most expensive bikes and then coming back in the wee hours to make the heist.

“It happened at about 2 a.m.,” Sunshine said. “A truck pulled up along with a car full of people and the truck backed right through."

"It's just disappointing that people feel they have to take stuff from other people," Pilger said.

Police in several cities are now working together.

“They wear hoodies and masks,” Kaveggia said. “They know what they’re doing.”

“They were in and out in about a minute-and-a-half,” Pilger said.