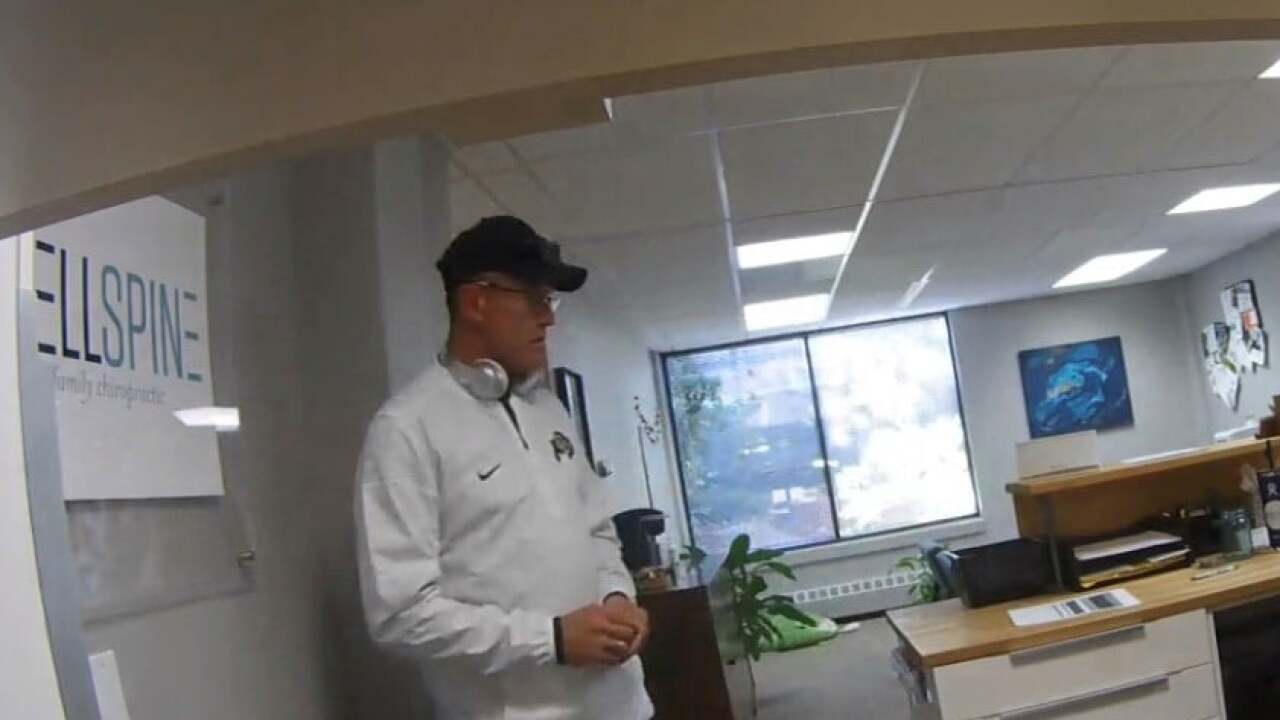 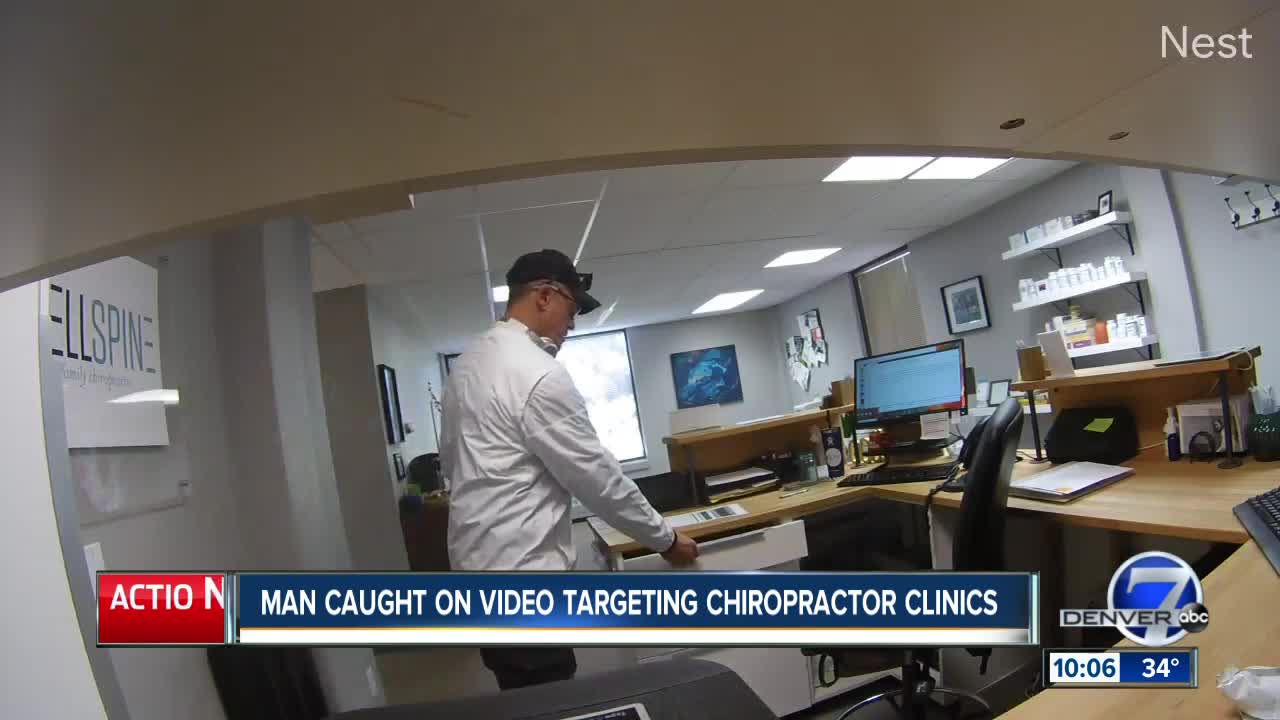 BOULDER, Colo. -- Police are trying to identify a brazen thief who targeted three chiropractic offices in Boulder during business hours.

The suspect was caught on camera walking into Well Spine Family Chiropractic Monday afternoon, rummaging behind the front desk and helping himself to an employee's wallet.

"It seemed like he was not nervous, he’s looking around but it seems like he has done this before," owner Amber Thompson told Denver7.

The man is wearing CU Buffs black shorts and a white zip-up, along with a black hat and Beats headphones.

Thompson says she checked security video after her front desk staff noticed their wallet was missing an hour after this man was there.

"She just mentioned right away that there had been somebody there; it was a little bit weird, he asked for a business card," Thompson said.

After Thompson posted photos of the suspect on social media other businesses commented he had done the same to them.

Now Boulder Police believe he's behind similar incidents at two other chiropractic offices: Taking a cell phone in one case and moving a security camera in the other.

"I feel like, okay, I need to look out for my office and my staff and myself a little bit more," Thompson said.

Thompson says the suspect was also seen lurking around the second floor of medical offices in her building. She hopes he’s caught.

"It was very violating. You feel like it should be a safe place. We're a family practice; we have children there, we have families there," she said.