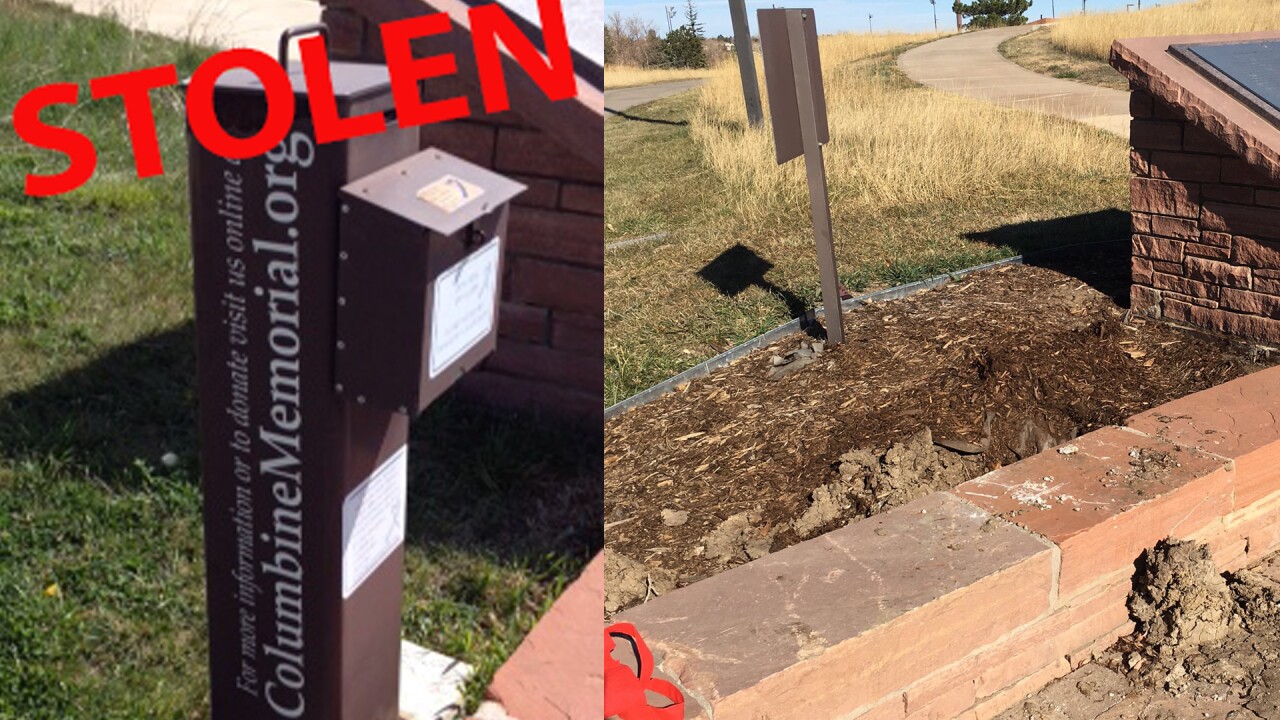 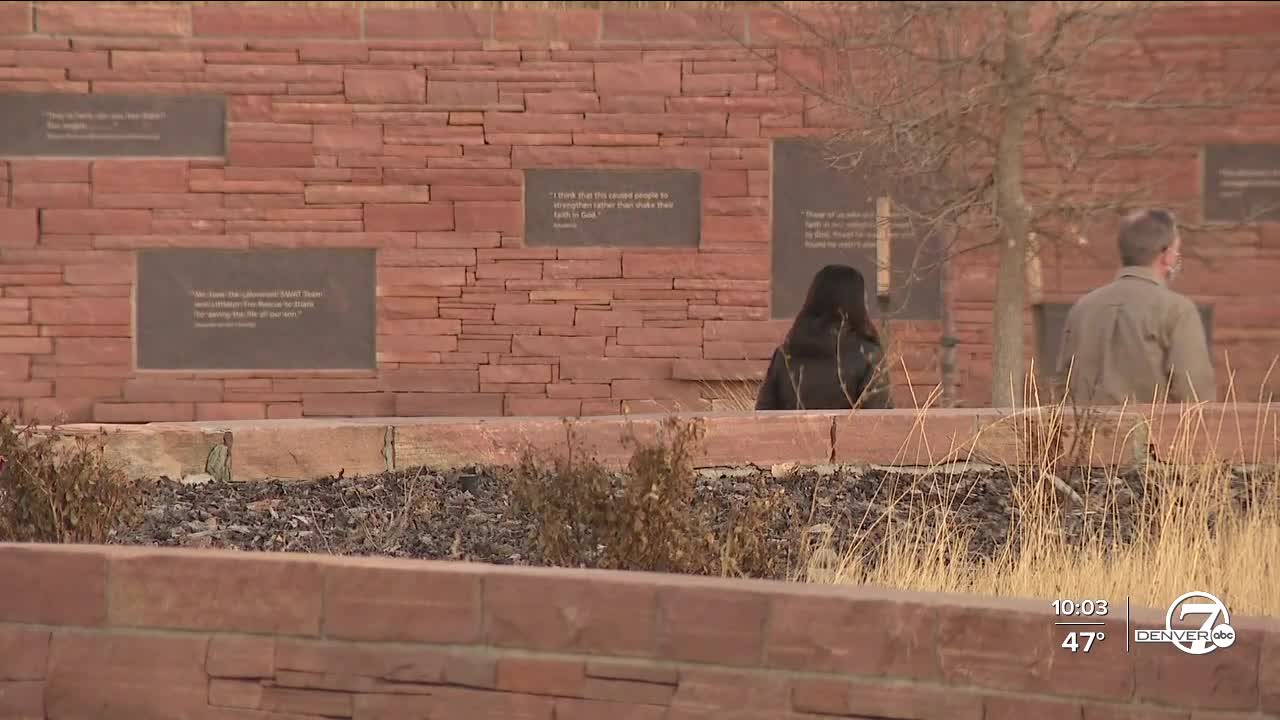 LITTLETON, Colo. – Someone dug up and stole the donation box for the Columbine Memorial over the weekend, officials with the foundation said Monday afternoon.

“Sometime between Friday, Nov 13th and Sunday, Nov 15th someone dug up and stole the donation box for the Columbine Memorial,” reads the post on the foundation’s Facebook page. “The donation box appears to have been completely removed from the ground, with concrete base intact.”

The foundation asks anyone who may have seen suspicious activity during that time span or who may have information about the theft, to please contact the Jefferson County Sheriff’s Office at (303) 271-0211.

“This would have taken a fair amount of time so we are hoping someone saw this happening,” the post reads.

In a news release Monday afternoon, a spokesperson said the donation box is one of a few fundraising efforts undertaken by the all-volunteer Columbine Memorial Foundation, who manages upkeep and improvements to the Columbine Memorial.

Maintenance costs for the memorial can be between $12,000-$15,000 per year, the spokesperson said, so “this is a big blow to the Memorial’s fundraising efforts.”