Reinking had Colorado CDL when arrested in D.C. 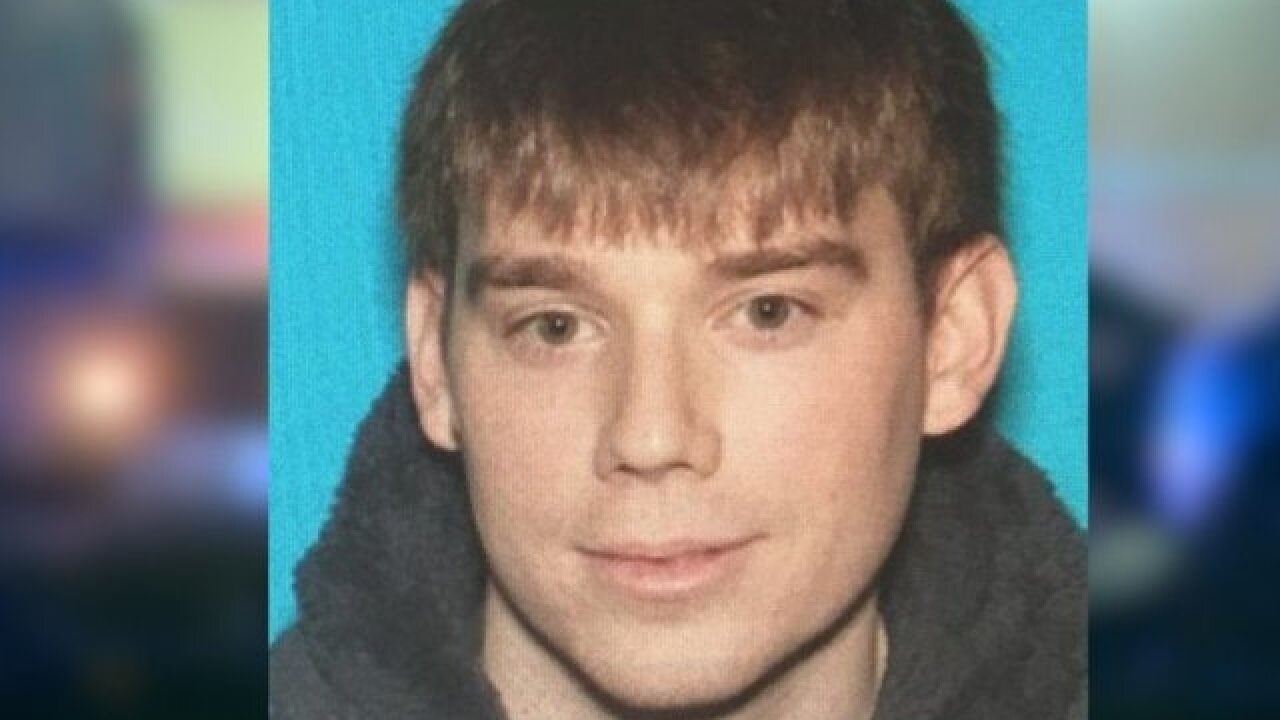 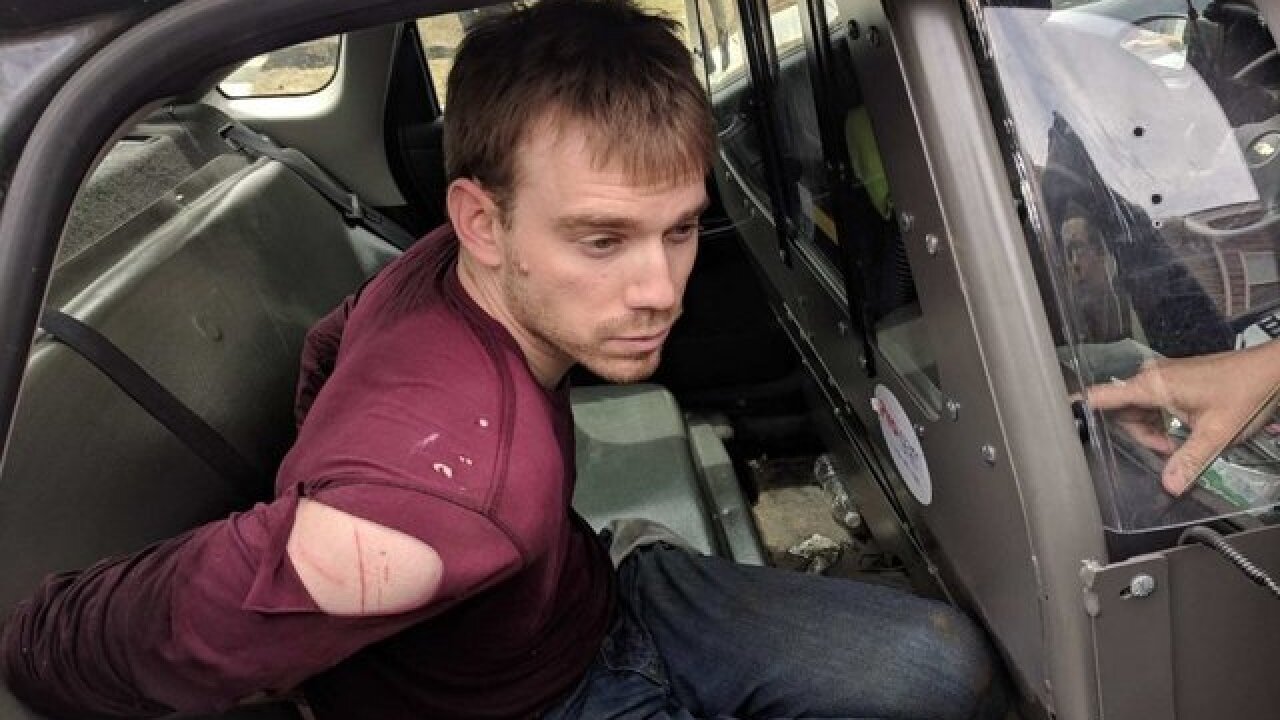 DENVER – Travis Reinking, the man suspected of killing four people at a Waffle House outside of Nashville on Sunday, was carrying a Colorado ID card with him when he was arrested Monday and made claims that pop star Taylor Swift was stalking him while he lived in Salida, Colo. last year.

The card is presumably the same Colorado ID card that Reinking, 29, was carrying last July when he was arrested for breaching a White House security barrier.

An incident report obtained by Denver7 from the Metropolitan Police Department in Washington, D.C. shows that Reinking was carrying a Colorado commercial driver’s license, along with a debit card, an iPhone and $157 in cash when he was arrested in July 2017.

In the incident, Reinking allegedly told a U.S. Secret Service officer he needed to get into the White House to “speak with POTUS.”

“Do what you need to do. Arrest me if you have too [sic],” he told the officer, according to the report.

But the officer grabbed him and escorted him outside, where he was arrested for unlawful entry.

Reinking lived in Salida, claimed Taylor Swift stalked him there too

Additionally, Reinking lived in Salida, Colo. for about six months in 2017 and possibly in 2016, according to the Salida police chief and a newspaper article.

A “Word on the Street” column published in the Salida-based Mountain Mail in January 2017 shows that Reinking, who described himself as being from Salida, was asked, “What makes you happy?”

He responded, “True love. Just because it’s the best thing that can happen in life.”

On Monday, The Mountain Mail published another story confirming that Reinking had a Salida connection and that he was the man interviewed in the “Word on the Street” column.

Salida Police Chief Terry Clark also told Denver7 Monday that his officers contacted Reinking in March 2017 after he reported that he was being harassed and stalked by Swift – claims he also made to Illinois authorities last year which led to his guns being confiscated by law enforcement.

“After some conversation, it was apparent it probably wasn’t going to go any further with the harassment call,” Clark said. “Officers didn’t feel they had enough to open a harassment case on somebody with Taylor Swift as the stalker.”

Clark said Reinking worked at a Salida-based crane company and likely traveled around the state, but that he lived in Salida.

A man at the same company told Denver7 that Reinking only worked there for four months and quit before he lost his job.

"He had major...issues," the man said. "He was very quiet and a loner, but very good at running equipment.  He didn't drink and wouldn't have a beer with the other guys."

"He was also very obsessed with Taylor Swift and said his parents didn't approve of his girlfriend."

The worker said Reinking also accused Elon Musk of hacking into his phone and stealing his ideas.

"He said Musk stole his idea about automatic dimming headlights, which of course, have been around nearly 60 years," he said.

Reinking’s Facebook page also shows that several of his just 13 “friends” live in Salida and work for the same crane service. Reinking’s father also owns a crane rental service in Illinois, where Reinking was living before moving to the Nashville area last fall, according to law enforcement authorities.

Clark said that no other agencies in Chaffee County had contact with Reinking while he lived in Colorado, and said he’d spoken with the Colorado Bureau of Investigation, which was working with authorities from other states and on the federal level.

Clark said he was shocked and saddened by what happened in Tennessee.

“I just really feel for the families there,” Clark told Denver7. “Also seeing that the young man did live here at one time, that always reminds you: Wow, somebody capable of that was living right here in town.”

Nashville Police Lt. Carlos Lara said Monday after Reinking was arrested that in addition to the Colorado ID, Reinking was also found with a semi-automatic gun, a holster, a flashlight, and ammunition.

He said a tip led to Reinking’s arrest.

Though Colorado authorities told Denver7 Monday they were unable to discuss Reinking’s driver’s license, the D.C. police report confirms it was a commercial license, which drivers have to be medically cleared for.

In order to obtain a DOT medical card to qualify for a CDL, drivers have to clear a medical examination report that determines whether or not they are fit. Included in that evaluation is a mental health review. There have been some questions raised about Reinking’s mental fitness stemming from the Washington, D.C. incident and other incidents in Illinois.

In the Illinois incidents, Reinking’s parents had told police that their son believed Taylor Swift was stalking him and that he’d made suicidal comments.

After the White House incident, Illinois law enforcement took away four of his guns, then returned them to his father, who in turn passed them back to the younger Reinking, according to the FBI. One of the weapons was believed to have been used in Sunday's shooting.

It’s unclear what Reinking meant when he declared himself a “sovereign citizen” during the White House incident, but the FBI tracks sovereign citizens and considers some of them to be domestic terrorists, they wrote in 2011.