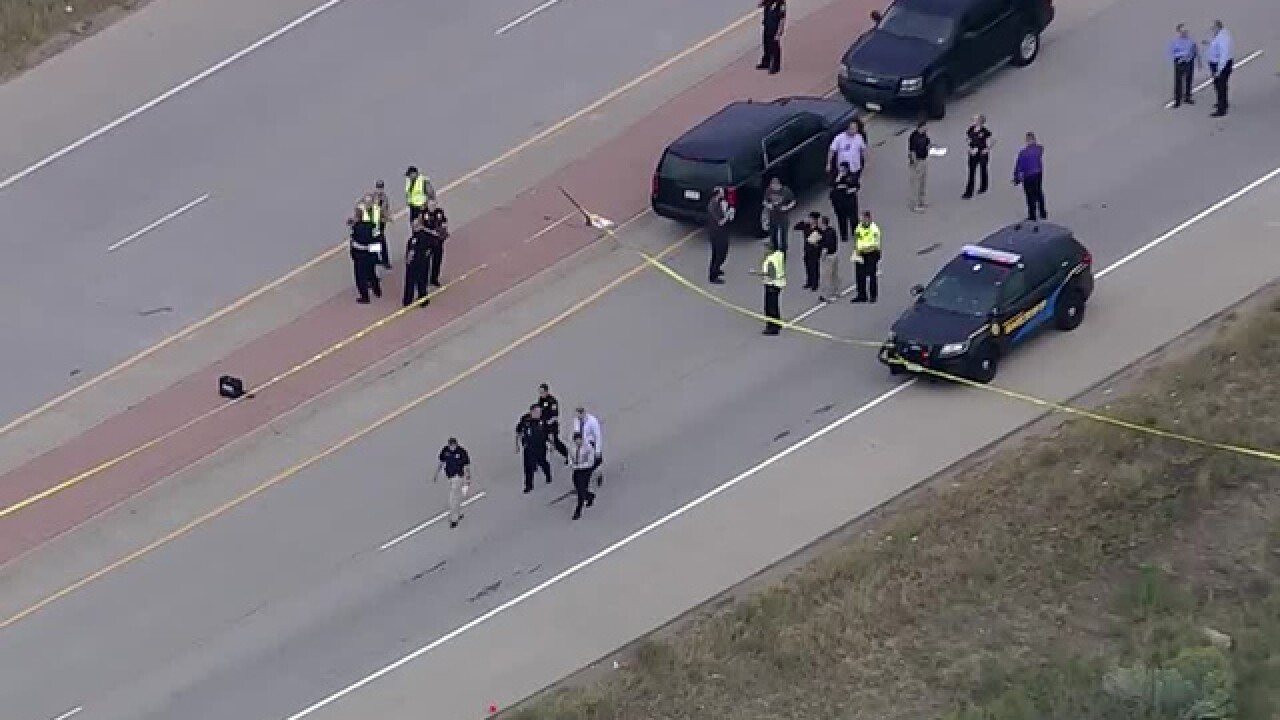 The Douglas County Sheriff’s Office said one of their deputies was conducting a traffic stop along the highway when the suspect started firing at deputies. Deputies then returned fire and the suspect was shot and killed at the scene.

No deputies were injured, the sheriff’s office said on Twitter.

The officer-involved shooting, which was first reported just after 5:30 p.m., happened on Highway 85 and Delva Way. The highway was completely shut down from Delva to Manhart, the sheriff’s office said, adding it would remain closed “for an extended period of time,” as deputies continued their investigation.

The highway was back open by 9:14 p.m., nearly four hours after the shooting was first reported by the sheriff's office.

The shooting in Douglas County was the second officer-involved shooting in Colorado on Friday. At around the same time, an officer was injured following a shooting near the CU Anschutz Medical Campus in Aurora. That officer is expected to be O.K.