22-year-old suspect has prior felony charges 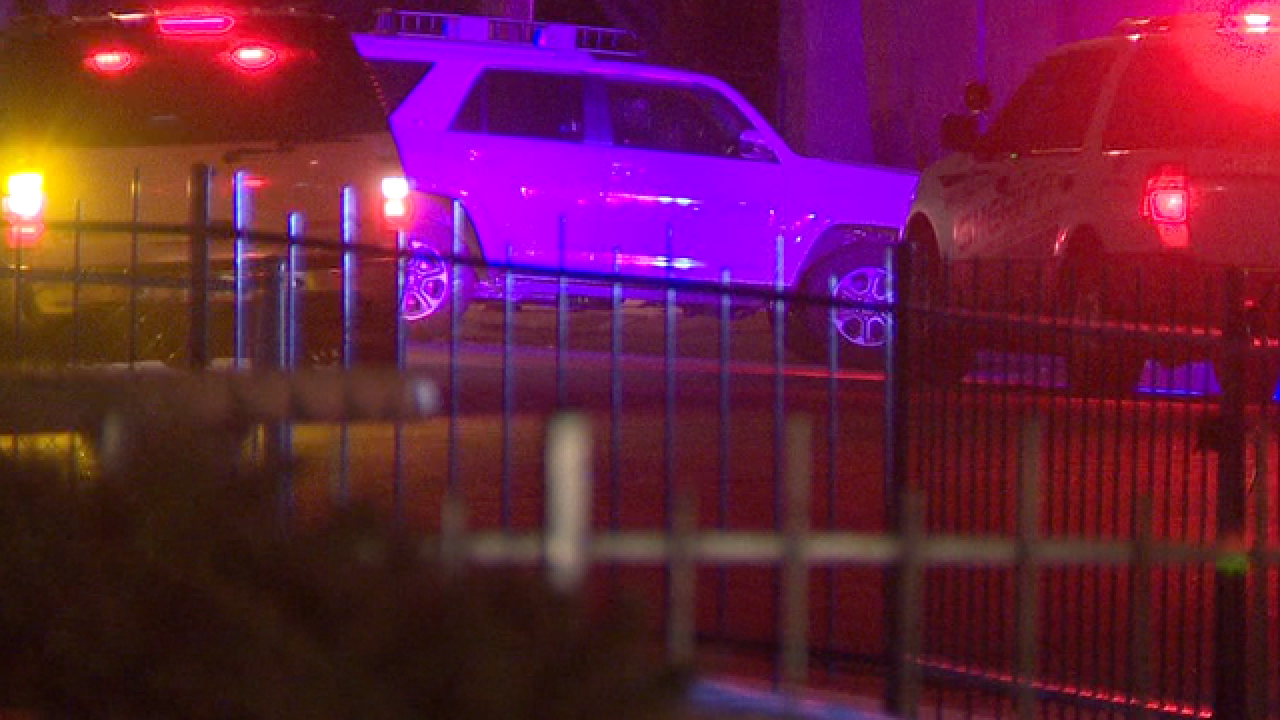 Editor's Note: Denver7 had previously identified the suspect in an earlier version of this story based on publicly available court documents. However, we have since removed the name at the request of Adams County authorities, who have expressed concern that publishing the suspect's name would compromise their investigation. The sheriff's office is giving an update on the case, which you can watch live in the player below or by clicking here.

THORNTON, Colo. — The 22-year-old suspect accused of shooting and killing an Adams County deputy Wednesday night has been identified. However, Denver7 has chosen not to release the suspect's name at the request of the Adams County Sheriff's Office.

The 22-year-old man was arrested Wednesday night. Two other suspects remain at large, according to the Adams County Sheriff’s Office. The two men were described as either light-skinned black males or dark-skinned Hispanic males dressed in all black.

Court records show the suspect was found guilty of a felony robbery charge in July 2014 in Denver. He was originally also charged with second-degree assault in that case after his October 2013 arrest, but the charge was dropped.

The Adams County sheriff’s deputy shot Wednesday night was identified by the Colorado Police Officers Foundation and others as 31-year-old Heath Gumm. The Adams County Sheriff's Office confirmed Gumm's identity Thursday afternoon and said he'd worked with the office since 2012.

According to the sheriff’s office, deputies were responding to an assault in progress near 88th and Dawson in Thornton just before 7 p.m. Wednesday, and spotted a man matching the description of one of the suspects.

The man ran from officers, the sheriff’s office said, and after deputies caught up to him, he pulled out a handgun and started shooting.

Gumm was struck in the chest and died after being transported to Denver Health.

A massive manhunt was underway Wednesday night through Thursday morning for the outstanding suspects both in the Thornton area and across the rest of the Denver metro.

Flags were ordered to be flown at half-staff Thursday in Gumm’s honor. There has also been a massive outpouring of support for Gumm’s family and friends, and his Adams County Sheriff’s Office family.

Gumm was a husband, and a 2004 graduate of Mullen High School in Denver, the school said Thursday.

The shooting marks the second fatal shooting of a deputy in Colorado in 25 days after Douglas County Deputy Zackari Parrish was ambushed on New Year's Eve 2017. This is the first deputy death in Adams County since 1999, according to the Officer Down Memorial Page.

Lauren Lekander, the spokeswoman for Douglas County Sheriff’s Office, said the department’s sheriff has been in touch with the Adams County undersheriff.

“Obviously, they are not alone. We just went through this,” Lekander said. “We just want to extend our offer of assistance if needed.”

The Adams County Sheriff's Office said that information about Gumm's funeral arrangements would be posted on its website at a later date. The family has asked that donations be made to the Children's Hospital Colorado Foundation in lieu of flowers.