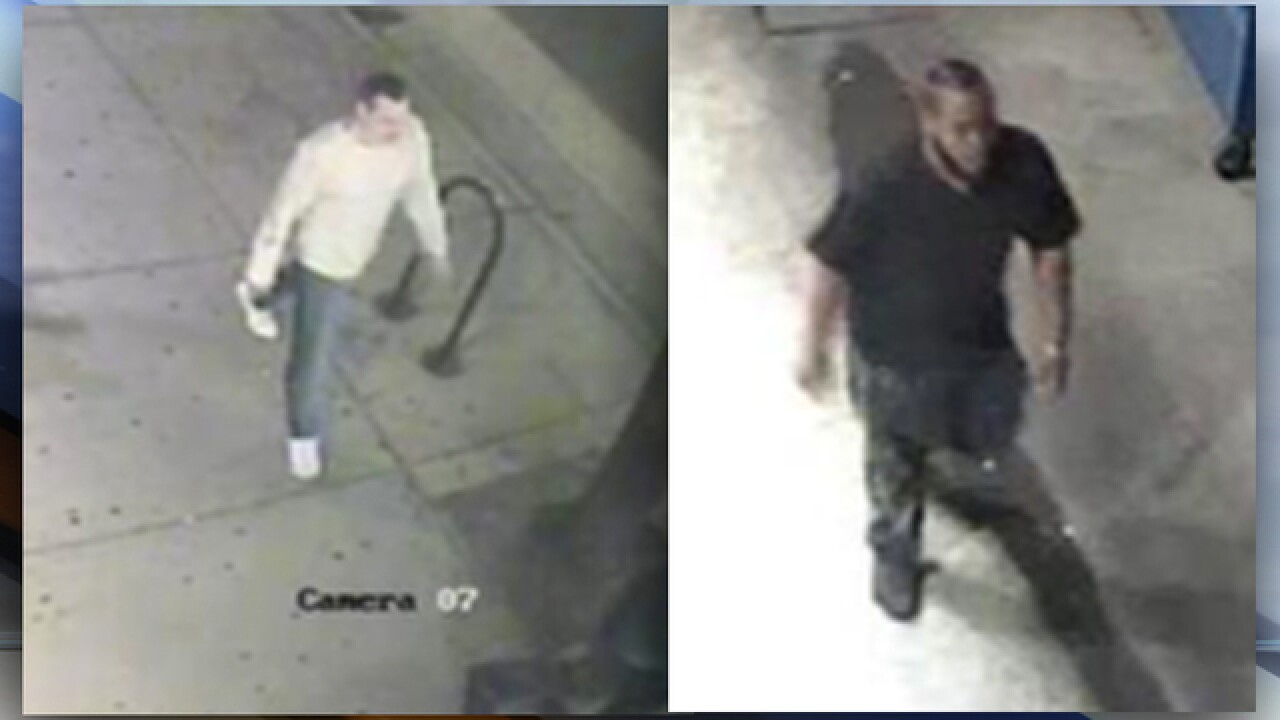 DENVER – Investigators with the Denver Police Department on Sunday released surveillance images of the men they suspect are responsible for a deadly shooting in LoDo early Friday.

The shooting happened shortly before 2 a.m. near the intersection of 15th and Market Streets, according to an official with Denver police.

After arriving at the scene, officers found a man suffering from a gunshot wound. The men pictured above are believed to have assaulted the first victim, who was critically wounded in the shooting.

A short time later, according to police, a security guard working in the area confronted the man dressed in black near 14th and Market Streets. A fight broke out between the two and ended when the suspect shot and killed the security guard.

The victim was identified as 28-year-old Lucardio Kroener. A family member who spoke with Denver7 on Saturday said the young man leaves behind a young daughter and a girlfriend.

Anyone with information regarding the crimes or the suspects’ identities is asked to contact the Denver Police Department at (720) 913-2000 or Crime Stoppers at (720) 913-7867. Anyone with cell phone video of either incident is asked to email a copy to dpd-homicide.unit@denvergov.org .