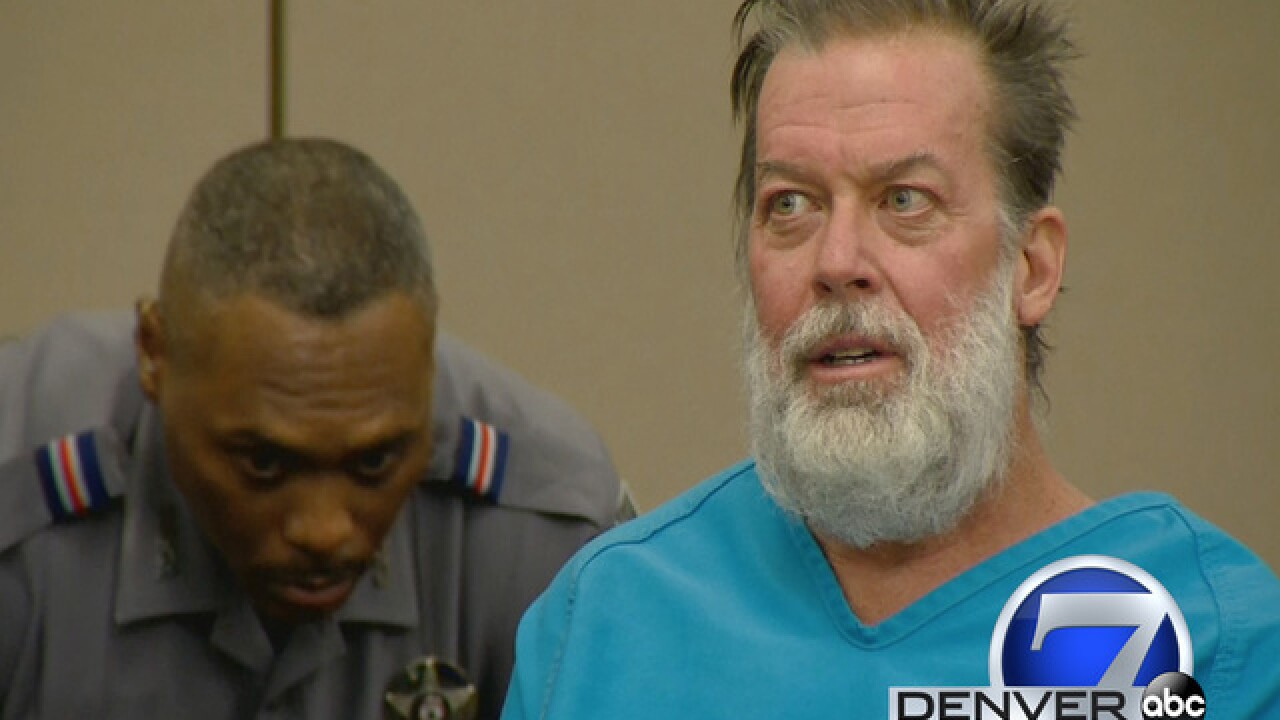 COLORADO SPRINGS, Colo. (AP) — Colorado's highest court will not review a lower court's ruling that a man who acknowledges killing three people at a Planned Parenthood clinic can be given medication against his will.

According to the Colorado Springs Gazette , Robert Dear has been held at the state mental health hospital in Pueblo since being declared legally incompetent two years ago.

The Colorado Court of Appeals in January upheld a lower court's ruling that Dear could be forcibly medicated. The state Supreme Court on Monday declined to consider an appeal of the January decision.

Dear is charged with 179 counts, including murder and attempted murder, stemming from the Nov. 27, 2015, shooting at the Colorado Springs clinic that also injured nine.

He would have to be found competent to stand trial on those charges.