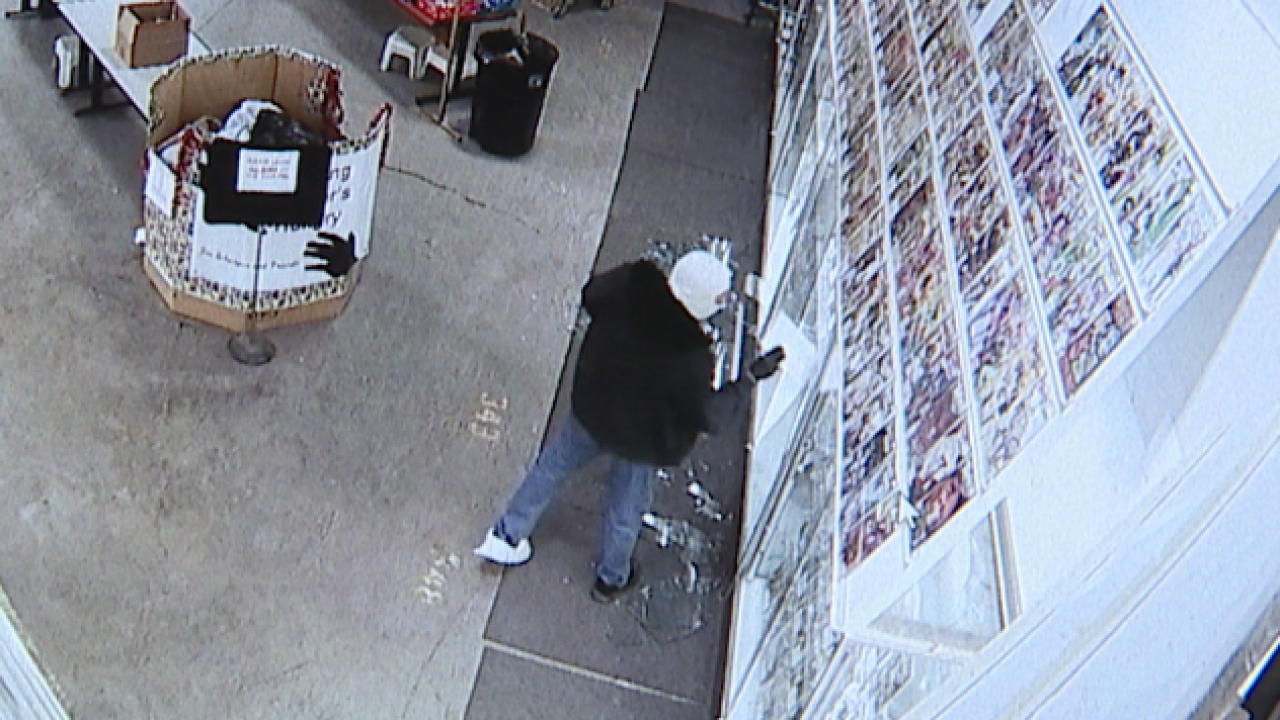 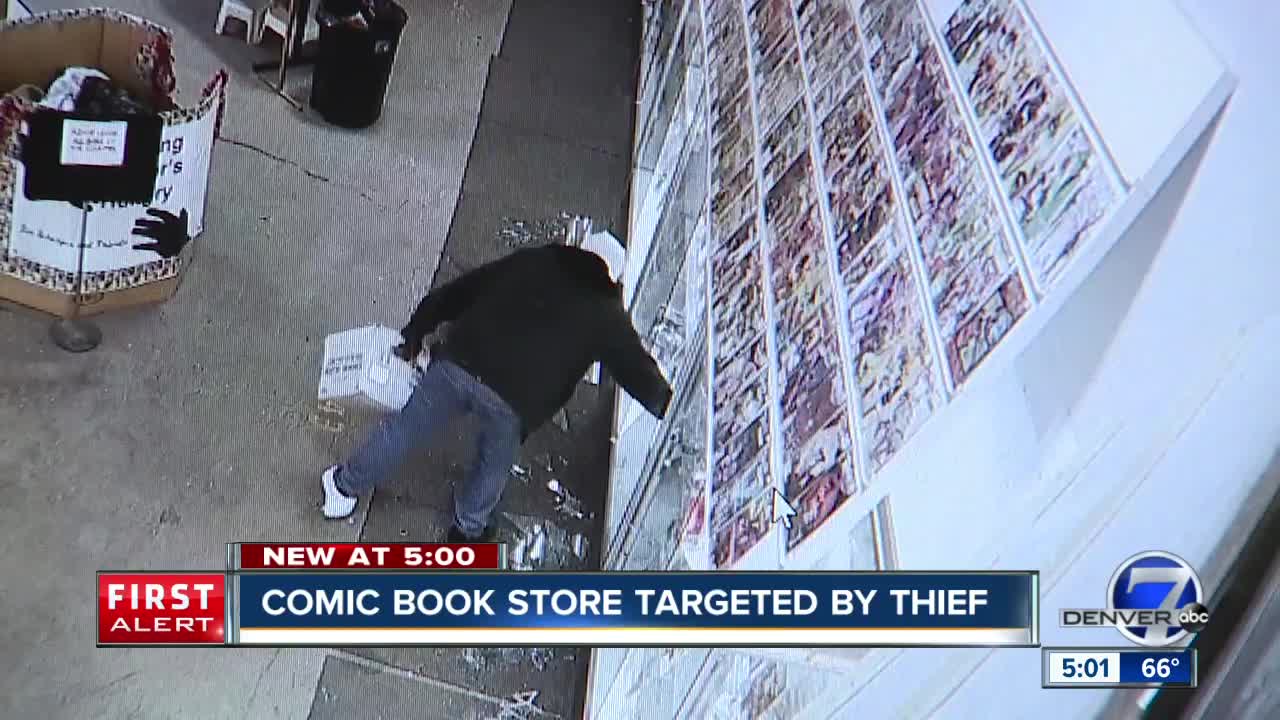 DENVER — It was anything but an average smash-and-grab when a burglar targeted Mile High Comics in Denver early Sunday. The criminal smashed showcases and stole 14 specific comic books, cut himself on broken glass, and then tried to clean it up using toilet bowl cleaner.

“Whoever did it knew what they were going for,” William Moulton of Mile High Comics told Denver7.

The burglar broke in and smashed three panes of glass of the store’s showcase, where the rarest and most expensive comic books are stored. Security footage shows the thief picking specific comics and putting them in a plastic bin.

Of those that were stolen, that includes the first Avengers comic book, the first Iron Man book, and a rare autographed Spider-Man comic book.

But in the process, the burglar cut his hand or arm on a piece of broken glass. Security footage show the burglar then grab cleaning products and try to wipe up some of the blood. Moulton said based on what was on the nearby cleaning shelf, the thief used window cleaner and toilet bowl cleaner to try to wipe up evidence.

“From what the police told us he didn’t bandage the wound so he was bleeding while he was doing this,” Moulton said, watching the footage of the criminal picking up pieces of glass and putting them in a nearby trash can, which he eventually took with him as well.

Denver police and their crime scene unit were at the store early Sunday gathering evidence. The store is just hoping the expensive books can be found.